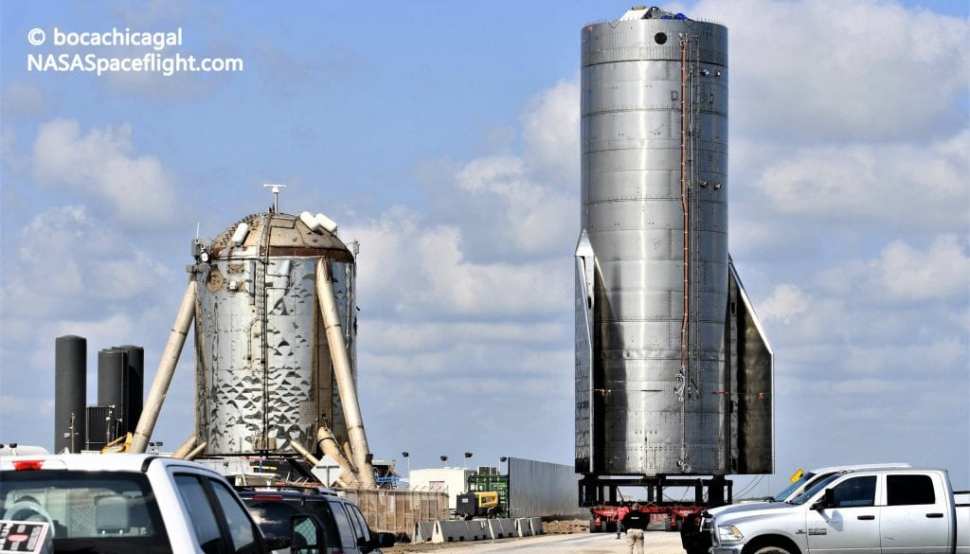 
The newest prototype of SpaceX’s moon-landing and Mars-colonizing spaceship,Starship, is expected to undergo its first high-altitude test flight this month. The giant spacecraft’s development site in Boca Chica, Texas has been extremely busy over the past few weeks with preparation for the big test.

On Friday, Elon Musk said on Twitter that an orbit-reaching prototype called “V1.0” would be revealed before the end of October. “Starship update coming in about 3 weeks,” he tweeted. “The design has coalesced. What is presented will actually be what flies to orbit as V1.0 with almost no changes.”

A number of smaller tests need to take place before SN8 takes to the sky. The giant cylinder-shaped rocket, weighing over 150,000 pounds, was rolled to the launch pad in Boca Chica and hooked into a ground support system on September 26. Due to weather-induced delays, SN8 was held on-site for four days before being lifted onto one of the pad’s test stands. Technicians then began the process of installing the mount’s temporary hydraulic ram (used to simulate engine thrust) to the rocket’s thrust puck.

Like previous prototypes, SN8 will need to pass a proof test to make sure that the rocket (filled with liquid nitrogen) won’t leak under the pressure equivalent to the thrust of three Raptor engines. SN8 will be the first Starship prototype to be fired up by three Raptor engines at the same time, which would more than 600 metric tons (1.3 million pound-force) of thrust.

After that, the rocket will be paired with a nosecone and flaps and undergo two or more static fire tests with the actual engines.

Meanwhile, SpaceX is assembling additional Starship prototypes for more tests. The next-generation model, Starship SN9, is now fully stacked inside the Boca Chica facility. Local reporters have also spotted SN10 and SN11 at the development site, although SpaceX hasn’t confirmed progress on those projects.
You must log in or register to reply here.