Praying for cool heads to prevail over this rally, for God to bind any forces that try to cause havoc and the goals of those causing trouble will not come to pass, in Jesus’ name,I pray,Amen

I heard VAs protests went amazingly well....go Virginians...so proud of every conservative and family member that was there....love y'all!!!!!....

RobinMc said:
No matter who does what, the right, conservative, law-abiding, republican citizens will take the blame for it, second only to President Trump.
Click to expand...

We are being called domestic terrorist.

possible I could fit, retired US Army, anti abortion, Christian who believes in Jesus Christ, owns firearms ( both wife and I)
oh and yes believe in God Given right to self defense and 2 A of ALL firearms.

I don't currently own a firearm, but I'm a shotgun man myself. And I agree ALL firearms should be defended. Leftists want to ban. Conservatives seek to properly use firearms according to law. If there is a problem in anything, leftists will try to ban it. Just like they want to ban plastics when the problem is really people throwing plastic into the ocean. But underlying, they want to get rid of guns so that the government can easily gain control over it's citizens. Evil is just that; oppress the masses.
R

katt said:
I heard VAs protests went amazingly well....go Virginians...so proud of every conservative and family member that was there....love y'all!!!!!....
Click to expand...

I read that they even picked up the trash before they left, that's something you never see after a leftist rally. I think they try to leave the biggest mess possible.

I took this picture early Tuesday morning; the day after tens of thousands of deplorables participated in the 2A rally. Look at all the trash the deplorable, gun-toters left on the grounds after the rally........yeah....not one piece of trash...anywhere. I don't think I've ever seen this part of Richmond so clean.

Not only was there no trash, I didn't hear so much as one single cuss word the whole time I was at the rally and I walked passed hundreds and hundreds of people. Compare that to the typical liberal rally. 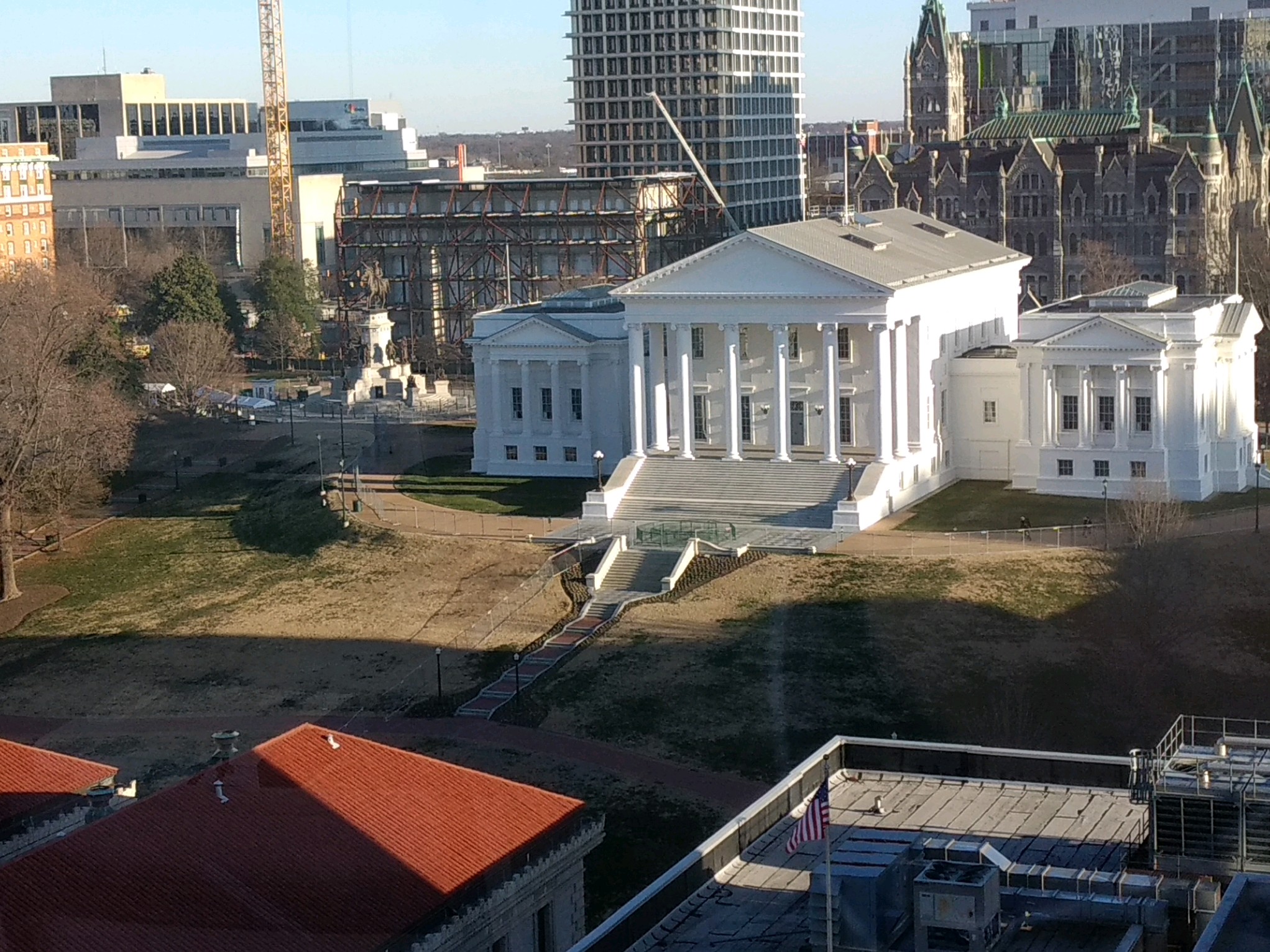