I Love the Lord

Watching now on CNN (The only news channel in the UK giving it full coverage!) and its horrific.

My heart breaks when I see such things and my heart goes out to all those that are affected but especially to anyone still trapped under the rubble.

My thoughts and prayers will be with them all

Kathy_57 said:
Just saw some of the devastation on the news - It looks like a bomb site there. Keeping everyone in my prayers and for the rescue crews responsible for trying to get these trapped children. Guide them dear Father and bring comfort to the parents of these precious children that may be trapped. Lord I lift up these little children that are trapped and scared, protect them I pray and still there little hearts.
Click to expand...

People started looting within 20 minutes of the storm hitting. Horrible and discouraging.

Re: Moore, OK and towns nearby


FaithInChrist said:
Lord Jesus please protect your children from this horrific storm. Please pray for this town. They need our prayers right now.
Click to expand...

This level of storm used to be a once a decade occurrence, now nearly every outbreak yields a deadly storm. They keep comparing this tornado to Joplin. That tornado hit not quite two years ago, and here it is, happening again. There is a threat of tornadoes every day for the rest of the week in various places across the United States.


Dear Lord please hold us through the storms that rage. Our eyes will not leave Your face, and we will not fall.

I Love the Lord

just heard about this from ynet
joining all your prayers

anath said:
Fox is reporting that about 2 dozen 3rd graders were trapped in school and that they will be recovering little bodies

One of the local reporters who was at the school kept breaking down in front of the camera despite being a seasoned reporter of 18 years.

Momof3angels said:
One of the local reporters who was at the school kept breaking down in front of the camera despite being a seasoned reporter of 18 years.

I saw video of the tornado. It looked like something straight out of the Bible...or hell.

Praying for the victims of this horrible disaster.

NBC is reporting as is FOX news that 50 plus are dead,its sure to rise..They said this is the worst Tornado on record!! 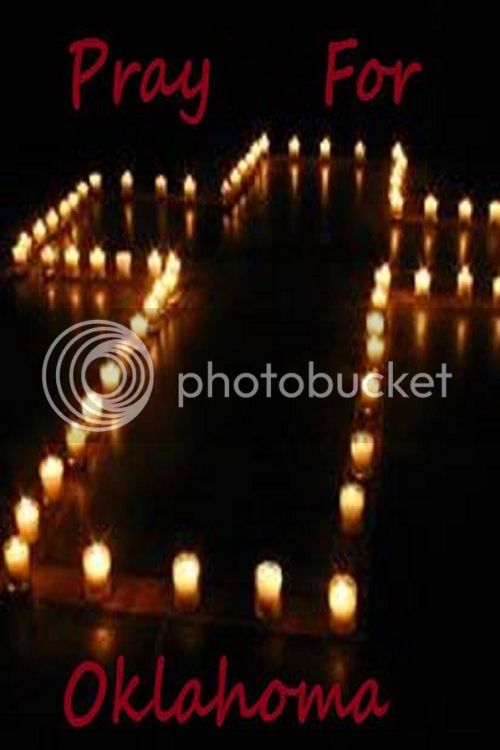 Re: Moore, OK and towns nearby

Oh Lord, my goodness, be with all of these children, protect them and heal them and give them strength to get through all this.

Staff member
The Canadian Broadcasting Corporation (my employer for many years) is one of the world's premier news organizations. It is noted for balance and accuracy in reporting. Here is its latest story on the tornado:
-----

Recovery efforts are underway this morning after a tornado packing 320 km/h winds flattened two elementary schools and many homes 16 kilometres south of Oklahoma City, leaving 24 people dead, including seven children.
<snip>
Initial reports that the storm had killed 51 people or more were scaled back Tuesday morning. Officials in Oklahoma City said Tuesday that 24 bodies had been recovered after the tornado, seven of them children.

"We have got good news," said Amy Elliott, chief administrative officer at the Oklahoma City Medical Examiner's Office. "The number right now is 24."

The prior figure of 51 dead may have included some double-reported casualties, Elliott said."There was a lot of chaos," Elliott said.

She cautioned, however, that additional bodies could still be recovered from the rubble.