A singularly remarkable event has taken place in the United States of America. This event occurred in Arizona on March 1st and was an earth shattering revelation.

A long awaited press conference was given by Maricopa County Sheriff Joe Arpaio, a five time elected Sheriff, which should have made national and international headlines. Arpaio's credentials include serving in the United States Army from 1950 to 1953, service as a federal narcotics agent serving in countries all over the world with the U.S. Drug Enforcement Agency (DEA), and served as the head of the Arizona DEA. Without doubt, this is a serious Law Enforcement Officer, not one to be taken in by tin-foil-hat wearing loons.

Yet, in the five days since his revelations there has been little in the way of serious reporting on the findings he presented in his presser. With 6 short videos, the Sheriff and his team presented a devastating case, one the tame US press is apparently unable to report.

On April 27, 2011, President Barack walked into the White House Press room with a Cheshire cat like grin and a "Long Form Birth Certificate" from the State of Hawaii in hand. From the podium in the press room, Mr. Obama said, "We're not going to be able to solve our problems if we get distracted by sideshows and carnival barkers,". Quite the barb from a man holding a forged document.
....

The silence from the main stream media in the US is deafening. It almost seems as if the press is terrified to even think the question, let alone ask it: Is the President a criminal? The press in Arpaio's audience were certainly asking him to state precisely that, yet nowhere has the question been asked of the White House by the press. Instead the American Press is aggressively protecting the presumed President of the United States, pushing the fraud upon both America and the world, supporting a man who may well have usurped the office.
.....
Click to expand...

We'll get some results now....

We just have to sit back and wait. 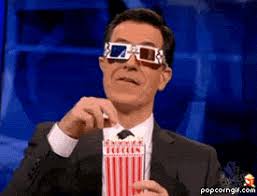 This is a near perfect example of why people do Friday afternoon document dumps. The exposure over time, initially limited, innoculates the dumper, politician,criminal from future accusations being taken seriously. Obama is GOLDEN now since he provided "a" document. No proof will ever be enough. I think all States should enact laws that sufficient proof of native citizenship be provided before one can appear on a ballot for president or vice president. That could still be done prior to this election. It's completely within a State's prerogative to enact such a statute.
What angers me about this man's presidency goes far beyond his legitimacy to hold the office. He has basically presided over an effective coup detat of our system of government and he's barely even been challenged about it. Laws he doesn't care for - he just ignores. That kind of lawlessness at that level spells potential CHAOS for our way of life.

He has and has had the media in his pocket since the beginning. I just want to know who is Obama working for? Because it is obvious it is NOT the people of the United States of America.

I wonder if the good sheriff read this from the Canadian Free Press. DC Knows that Obama is Ineligible for Office
R

That sounds super, however I do not believe no one has the backbone to really push it through, I would be happy if it were true and the country could cancell all the czars, the supreme court appointments, the health law and then try to get back on track with being a true Christan nation.

The dog wags the tail, not the other way around, though some furry friends I know wag so hard you don't know where the tail stops and the dog starts.

Even if you turf out Obama and his poisonous plants, the roots and fruit and seed are so deeply buried and so well nourished that to clean them out will take more than a generation, and some hard weeding.

Previously, in history, it took bloody wars of revolution and religion, and plenty of God's grace, and His children willing to obey and sacrifice and pray and suffer and die, to provide us with the benefits of a somewhat free and advanced culture.

There is not all that much time left. Throughout the church age believers have looked at the signs of the times and thought they were the last ones before the imminent end. We might possibly be in the same boat, though I doubt it. There are too many of the signs these days, chief among them being Israle being a nation again and the focus of the world's hate.

Another sign is the widespread apostacy. The world has always been evil since the Fall, and is riddled with heathen religions. The new thing is apostacy...a falling away. This means a falling away from something worthwhile. The world doesn't have anything worthwhile, but The Lord brought something worthwhile: Christianity. It, like all good things, has been corrupted and twisted by the devil and fallen man. The Lord knows who are His, and none are lost. His Word never returns to Him void. However, it is the things mixed in and conveyed alongside this Word, mixed in by devil and man, that account for apostacy. A false gospel, false doctrines, and false professors, very clever deceptions and very sincere deceived people, accursed and bound for hell.

You might turf out Obama, we might dump the Eu, but whatever steps into their place is sure to be the same old thing in a different suit, and one day some suit is going to contain the pinnacle of all these. If even Pravda ("truth", lol) knows and proclaims the Whitehouse is home to an impostor, just how serious is the situation? In the past, this sort of thing would have me reaching for my tinfoil beard, but now it's both amusing and horrifying to see how brazen the ptb are.

The end-game has been running for a long time now. You won't see a return to the Constitution, because the field that grew it is gone. You won't see a Christian nation, or merely a Christianised one, only the twitching of what once was. I don't want to destroy your hope or your joy, just to remind you which source and which destination you should be hoping and rejoicing in. There are sure to be hotheads that will try to turn the clock back...this is already featured in the game plan and will accelerate it. If you place your trust and draw your strength and confidence only from The Lord, you will be able to endure the coming time while the apostacy bears more and more fruit. It could bear a lot of fruit even before the harpazo, though what comes after will be no comparison. Our harvest at this the end of the season will be slim and hard won, the ground is very stony and dry and there are many weeds and birds. To them, we the Christians are the weeds. The fundamentalist Bible-believing and -defending weeds. The intolerant divisive backward weeds. The rebellious unpatriotic weeds. The apostates will be seen as the genuine because they are the majority. They'll do a lot of the weeding.....

I think some VERY interesting information will be made public in the near future. Close enough to the election to make a difference, and not too far from the election to allow for an excuse to be fabricated. Oh, it's going to get interesting.......
You must log in or register to reply here.

Netanyahu to be acquitted, Smotrich said in press conference

FBI Hides Laptops of the Dead