According to court documents, the mysterious socialite helped recruit young girls for the late sex-offender’s coterie 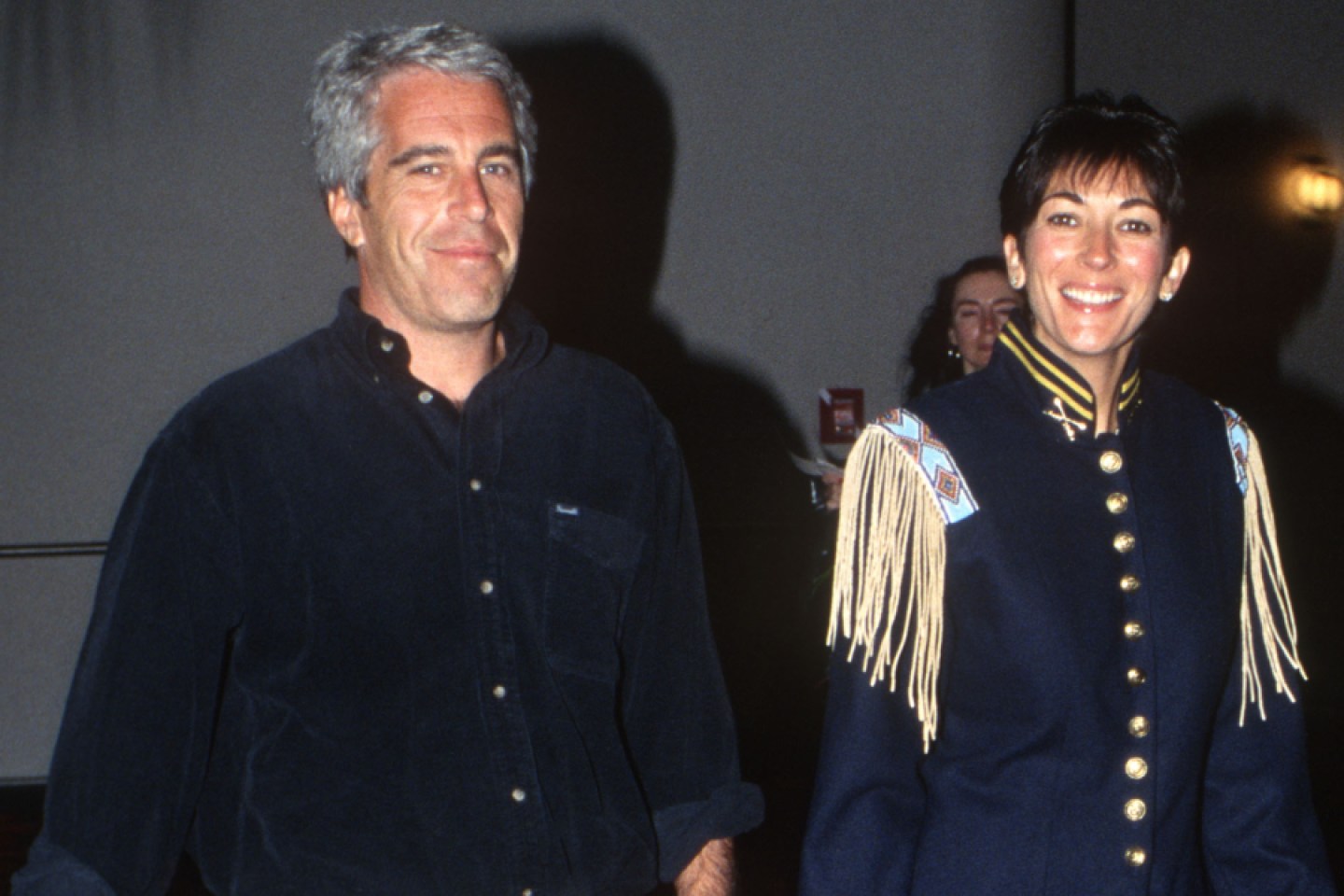 A woman helped this pervert. Amazing.
Click to expand...

If Jeff Epstein really and truly is dead, then a key witness would be co-conspirator and accomplice Ghislaine Maxwell (pictured with Epstein). She needs to be convicted and sent to justice too. But the fate that befell Epstein would probably happen to her as well. If she is caught, I know the tune the Clintons would be singing. Anyone here listen to the Beatles? Hillary will be dancing to the beat of "BANG BANG Maxwell silver hammer head..."
Last edited: Aug 19, 2019
K

chaser said:
Thank you for mentioning slick Willy, I have been waiting to see if anyone besides myself were thinking along that route, if investigators Really dig into this it could get Very very interesting, and very ugly for a few people.
Click to expand...

The Clintons have a reputation as being killers. Killers who do not get investigated. My guess is there are enough people on both sides of the fence that wanted him silent that nobody does anything other than talk. Both Republicans and Democrats were friendly with him. As much as they dislike one another, this will be one of the few times they remain quiet. Remember the "boyfriend" of Hillary that ended up committing suicide? With a shotgun pointed from the FRONT? And arms too short to reach the trigger anyway..... Yeah, these folks are dangerous and people know it. Epstein was friends with a great number of elite individuals. They will remain silent and let this blow over.

Has anyone heard the theory that the Watergate break-in was actually about getting a hold of a little book that had all the dirt on all those pedophiles? I just came across it and wondered.

Yes, I believe he was murdered. To many rich important people were about to be exposed. His girlfriend has the little black book and she better be careful, otherwise..... By the way the "Lolita Express" , Bill used to joke about this in late 1990's and into 2000's. I have heard of that name associated with him. I guess their is so much corruption and deep secrets we will never really know. I am sure all participates are trying to construct a new more secret system, probably overseas, where the laws are not strict.

Jan51 said:
Has anyone heard the theory that the Watergate break-in was actually about getting a hold of a little book that had all the dirt on all those pedophiles? I just came across it and wondered.
Click to expand...

I haven't heard that one but NOTHING imaginable that could define and describe our elected leaders would surprise me. I've come to believe that generally they, the leaders, aren't even allowed to run for higher office unless they've been vetted, approved and compromised by the the plutocratic-luciferian-elite . Now it's clear that I can expand my descriotion of them to plutocratic-luciferian-pedophile-elite.

Jan51 said:
Has anyone heard the theory that the Watergate break-in was actually about getting a hold of a little book that had all the dirt on all those pedophiles? I just came across it and wondered.
Click to expand...

I heard Watergate, all those years ago, was to get the psychiatrists notes on Nixon's wife, the FLOTUS. However, it could very well be something else.
For years Congress has had a hush fund that paid women that members of Congress assaulted. And then they have the nerve to try and say they believe those who life about not just Trump but his SCOTUS nominee? As if they're pure as the driven snow and able to sit in judgment. While paying off those certain of them sexualt assault with our tax monies. When a people think they're above the laws they pass for everyone else, the worst among them will act like it.

Epstein's funeral is open casket. It's on YouTube. Just search, Jeffery Epstein funeral. Lots to choose from. I don't doubt he was murdered. When the Clinton's were empowered in Arkansas a number of people that were slated to give evidence about White Water and other illegal acts died. They either committed suicide, or they were killed in the commission of a crime.

This is interesting. If true, a real , "oops!" , on the part of someone at the scene.

The only way I'll ever believe that Epstein committed suicide without anyone else being involved is to hear it from Jesus. It's not hard to figure out where Epstein's millions came from ~ the man was obviously procuring children for rich, powerful perverts and I'm sure he was paid handsomely for his despicable services. He had the goods on way too many rich and powerful people for this to have been any kind of accidental suicide. If it was suicide, then others had to be involved ~ no cameras anywhere near his cell, he was taken off suicide watch after only 2 weeks, his cellmate was removed right before his death, he hadn't been checked by guards for at least 3 hours, sorry but that's way too many coincidences.
You must log in or register to reply here.
Share:
Facebook Twitter Reddit Pinterest Tumblr WhatsApp Email Link
Top