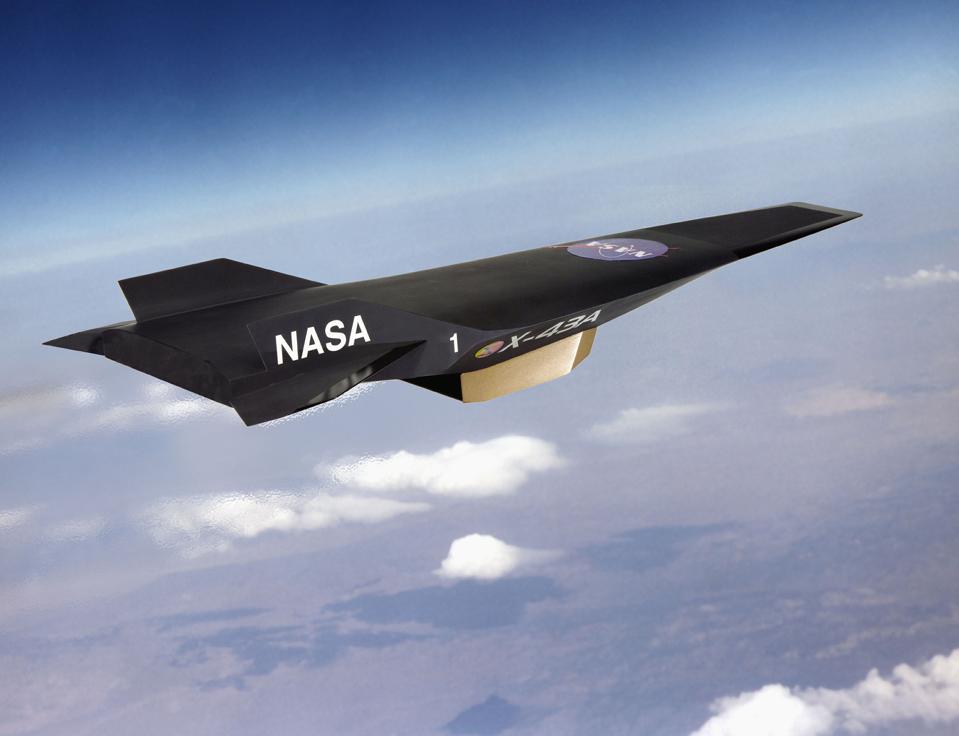 On Wednesday, the Air Force Research Laboratory posted a Request For Information on a contractor website seeking proposals on development of a new expendable multi-mission hypersonic weapon demonstrator called “Mayhem” that would be powered by an air-breathing scramjet engine.

It describes the Mayhem demonstrator as “capable of carrying larger payloads over distances further than current hypersonic capabilities allow. The payload will be modular and capable of carrying/delivering at least three distinct payloads in order to execute multiple Government-defined mission sets.”

The Pentagon is already developing a diverse array of hypersonic missiles, which by definition are capable of flying five times the speed of sound or faster, for service with the Army, Air Force and Navy.

Due to flying on a flatter trajectory than ballistic missiles (many of which already technically travel at hypersonic speeds), hypersonic weapons promise to arrive on target faster and more precisely, and be more difficult to track and shoot down. The U.S. military is endeavoring to compete with hypersonic weapons already in service with China and Russia.

A scramjet in particular uses the impact of onrushing supersonic airflow to achieve compression, making it very efficient for sustained supersonic propulsion and capable of flying at lower altitude than even a boost-glide hypersonic vehicle.

However, a separate booster is still usually required to get a scramjet-powered vehicle to achieve those high speeds in the first place, though a very fast launch platform can certainly help with that too.

This spring it was reported that a Chinese technical institute conducted a 10-minute test of a scramjet propulsion system.

Lockheed-Martin LMT +0.7% and Raytheon are separately working on a Hypersonic Airbreathing Weapon Concept (HAWC) for the Air Force, and Aviation Week reported in June that a Lockheed HAWC missile accidentally fell of a flying Air Force B-52 during testing. Lockheed also revealed it was working on a successor projected called Hypersonic Weapon Air-Breathing (HSWab).

In April, the Air Force also requested information from companiesto study U.S. industrial capability to create an air-launched, air-breathing hypersonic cruise missile in “Future Hypersonics Program.” This weapon would have open systems architecture, use a solid-fuel rocket booster and be launched from an existing U.S. fighter or bomber—such as the B-1B Lancer or F-15EX.

It’s not yet clear how the Mayhem demonstrator relates to these ongoing projects.
The ten-page proposals are due by 2 PM on September 25. The RFI makes clear that submissions don’t count as formal offers that can be accepted in a legally-binding manner. Instead, proposals received will serve as market research that will inform more detailed requirements the Air Force will issue down the line.
Still, the document makes clear the Air Force eventually wants to award two indefinite-delivery/indefinite-quantity (ID/IQ) contracts each for “Larger-scale propulsion development and flight-weight ground test” and “Air-vehicle design and scramjet integration.” Thus, the scramjet engine and vehicle body will apparently be developed separately.

The documentation implies that contract awards could theoretically be spread out across up to four companies, or that one company may be awarded more than one contract.
Should the Air Force choose to proceed and has available funding, it may follow up on the project with “fabrication, flight tests, and vehicle modifications for payload integration.”
But for now, those later steps don’t appear to be guaranteed. Nonetheless, the documentation notes a desire to achieve a flight test “within five years.”
You must log in or register to reply here.