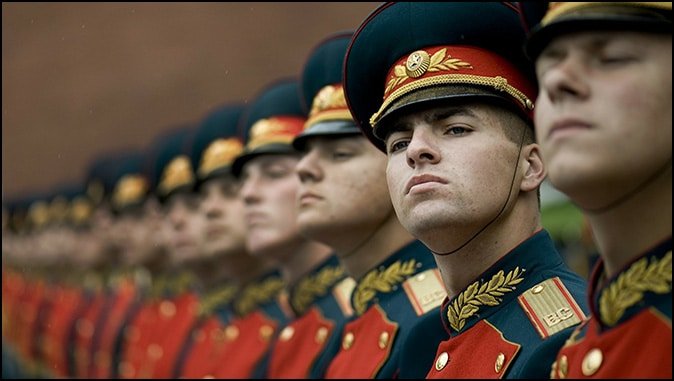 What Time Is It?

First of all, lets’ get some kind of time frame started. Falling between Israel’s modern re-birth, prophesied in Ezekiel 36-37, and the Millennium to which Ezekiel devotes chapters 40-48, means that the battle of chapters 38-39 has to take place after 1948 but before the 2nd coming, and all agree it hasn’t happened yet. This has led some to see the passage as a description of Armageddon, but as we’ll see there are many prominent nations missing from this battle whereas Zechariah 14:2 prophecies that every nation will join the battle on that day. If so, the time frame narrows to sometime between 1948 and the beginning of the Great Tribulation, when no place in the world will be at peace, especially Israel.

Ezekiel prophesied that the Lord would use this battle to turn Israel back to Him and to complete the return of Jews from all over the world to Israel, not leaving any behind. This leads us to believe that the battle of Ezekiel 38-39 is the event that re-starts the clock on the 490-year period of time spoken of by Daniel, the famous 70 weeks of Daniel 9. 69 of those weeks (483 years) had come when the Messiah was crucified and the Temple destroyed, stopping the clock one week (seven years) short of fulfillment. I believe the dramatic victory the Lord wins over Israel’s enemies in this battle convinces them to officially re-instate their Old Covenant relationship and demand a Temple for worship. It’s this Temple that’s later desecrated by the antichrist, kicking off the Great Tribulation.

With all this in mind, let’s begin a careful study of Ezekiel 38-39, to prepare us for these events should they become reality soon.

The word of the LORD came to me: “Son of man, set your face against Gog, of the land of Magog, the chief prince of Meshech and Tubal; prophesy against him and say: ‘This is what the Sovereign LORD says: I am against you, O Gog, chief prince of Meshech and Tubal. I will turn you around, put hooks in your jaws and bring you out with your whole army-your horses, your horsemen fully armed, and a great horde with large and small shields, all of them brandishing their swords. Persia, Cush and Put will be with them, all with shields and helmets, also Gomer with all its troops and Beth Togarmah from the far north with all its troops-the many nations with you.” (Ezek. 38:1-6)

In a recent article, Finding Gog , I made the claim that Gog is a supernatural figure (perhaps Satan’s counterpart to the Archangel Michael) and the behind the scenes commander of this event, while Magog is listed in Genesis 10 as one of Noah’s grandsons, a son of Japeth. Over 130 historical references demonstrate that Magog is the father of today’s Russian people. (For a more detailed treatment on the modern names of all the nations mentioned in this passage, read the related article I’ve included below.)

In our Mid East Prophecy Update I also explained that the “hooks in the jaw” phrase indicates Russia’s reluctance to participate, and that the treaty Russia has with the Central Asian Republics may be invoked to assure that God’s will is done and Russia is involved. Persia is the ancient name for Iran, Cush and Put represent the North African nations, Gomer was Magog’s brother and settled along the Danube River in what would become Eastern Europe, and Togarmah, a son of Gomer’s, inhabited what’s now known as Armenia and Turkey. The characteristic all these nations have in common is their religion, they’re all Moslem.

“Get ready; be prepared, you and all the hordes gathered about you, and take command of them. After many days you will be called to arms. In future years you will invade a land that has recovered from war, whose people were gathered from many nations to the mountains of Israel, which had long been desolate. They had been brought out from the nations, and now all of them live in safety. You and all your troops and the many nations with you will go up, advancing like a storm; you will be like a cloud covering the land.” (Ezek. 38:7-9)

The fact that Israel is the target in this passage is self evident, but a controversy rages around the Heberew word betach translated “in safety” in verse 8. A secondary meaning, “carelessly” could mean that they’re not really safe but just think they are and so their guard is down. It would take a truly miraculous change in Israel’s current situation to achieve either of the conditions this word implies.

Next time we’ll look at the nations that are not involved in this battle and you’ll see why it can’t be referring to Armageddon. We’ll also see how the Lord chooses to reveal Himself to the nations. See you then.

Thanks to the Biden Administration, Russia and Iran Are Closer than Ever

Thanks to the Biden Administration, Russia and Iran Are Closer than Ever By Majid Rafizadeh…