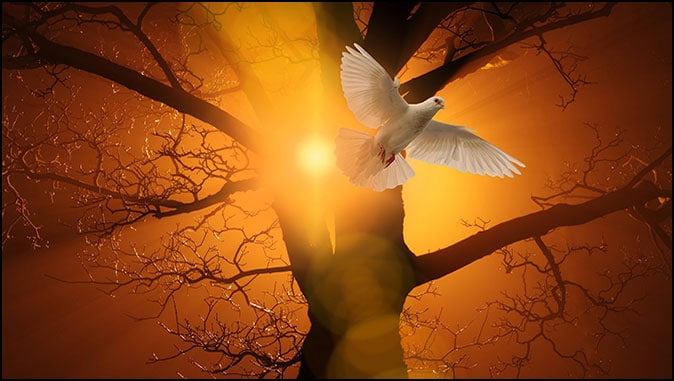 Some of the confusion regarding the permanence of our salvation comes from our failure to distinguish between the two facets of our relationship with the Lord: union and fellowship.

Union describes the basis of our relationship and is explained in John 17:20-23. The summary of the passage is verse 23; “I in them and You in Me.”

Ephesians 1:13-14, and 2 Corinthians 1:21-22 clearly state that at the moment of belief we’re united with God and the Holy Spirit is sealed inside us as “a deposit guaranteeing our inheritance.” In John 17:23 Jesus claims to be in us as well. And since the Father is in the Son and the Son is in us then the Father is also in us. Father, Son and Holy Spirit; all in us. Union.

Fellowship defines the status of our relationship at a given point in time. Are we together frequently and conversing often, or has something come between us, causing us to be estranged from one another?

The Need for Both is Clear

The Lord wants us to learn the lessons taught by Israel, first that the most concerted effort ever put forth by man could not produce a single life good enough to meet God’s standards for righteousness.

But even so He still wants us to live in a way that is pleasing to Him, obeying His laws and receiving His blessings. He knows we’ll be happier and live longer, better lives that way. And that’s the second lesson.

Of course we can only be truly free to live happy blessed lives if we’re not constantly afraid of losing everything, and yet our sin nature will cause even the best of us to fall short on many occasions. So He made sure that His promise of Eternal Life could be kept irrespective of our merit by paying the whole price Himself, and then made it irrevocable by sealing Himself inside us. The old hymn calls it “Blessed Assurance.” He calls it union.

And He made sure that when we continued to sin by breaking His laws even after being saved we could restore our relationship simply by confessing our sins and asking His forgiveness. Its called maintaining fellowship and He made it possible by paying for all the sins of our lives in advance.

Who Are You Calling Stubborn?

He knew that being stubborn and rebellious creatures, we would sometimes deny our sins, justifying our behavior and refusing to repent. Since He never could tolerate sin, He knew that this would interrupt our fellowship and require Him to withdraw His blessing temporarily (its called discipline). He hopes this will prompt us to repent and confess our sins so we can be forgiven and restored, having no fear of being refused or rejected. (1 John 1:8-10)

There are two reasons so many Christians live defeated, fruitless lives:

Both ignore the admonition and promise of 1 John 1:8-10 and are main battery weapons in Satan’s artillery against us.

So next time you pray “forgive us our sins as we forgive those who sin against us” you’ll know you’re asking to be restored to fellowship after being angry with someone who’s wronged you.

You’ve forgiven them and can now be forgiven for your anger (Matthew 6:14). Justified or not, anger’s a sin (Matthew 5:22)

And the next time you read this famous passage, you’ll know that the writer was warning Messianic Jews that if they went back to sacrificing lambs for their sins (falling back into Jewish ritual) it would be impossible for them to restore their fellowship with the Lord. The shadow had been replaced by the reality. He wasn’t threatening them with irretrievable loss of salvation but with loss of fellowship.

How Do You Know This?

There are several places we could look to for support for this idea, but perhaps the clearest is in the parable of the Prodigal son. It’s found in Luke 15:11-32 if you want to review it.

When you gave your heart to Jesus He gave you the authority to become a child of God (John 1:12).

Since you are His child, you are also His heir (Galatians 4:4-7) and your inheritance is eternal life (Titus 3:7).

Your unconfessed sins will interrupt your fellowship with God, but you can never stop being His child.

The Book Of Life