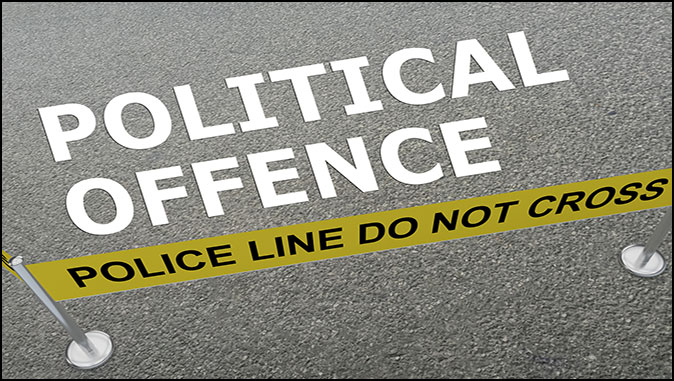 When the Vengeful Think They Are the Virtuous
By Todd Strandberg

I had hoped that the left’s complete victory over Trump and the Republican party would have placated them for a few months. It now appears that satisfaction will only come when they turn America into a dictatorship. The biggest difference between the right and the left is that the left has no empathy. They believe they are 100% correct and everyone else is wrong.

It should be obvious to all Americans that the second impeachment of Donald Trump was nothing more than an exercise in stupidity. We’ve done this before with the same outcome–acquittal. The Democrats voted to kick him out of an office that he has already vacated. I can only wonder if some new criminal offense will surface that will require a third “historic” impeachment of the same man.

The left’s pettiness in its hatred of all things Trump should have triggered outrage. The Washington Post argued that Trump doesn’t deserve to have a presidential library. Biden said Trump was too dangerous to receive any more intelligence briefings, which has been granted to all previous presidents.

I’m sure citizen Donald’s life is going to become a nightmare. Because all America’s current problems are the result of Trump, no action taken against him will be reported as going too far. We may see credit card companies and vendors decline to provide services to Trump’s Mar-a-Lago resort. Even the most hardcore Democrats should not want to live in a nation where the mob decides who should be persecuted for their political views.

Gina Carano, a mixed martial artist who played the hard-charging mercenary Cara Dune on “The Mandalorian,” was sacked by Lucasfilm after comparing modern-day conservatives to Jews persecuted during the Holocaust. She had reposted the following tweet:

“Jews were beaten in the streets, not by Nazi soldiers, but by their neighbors… even by children,” the post reads. “Because history is edited, most people today don’t realize that to get to the point where Nazi soldiers could easily round up thousands of Jews, the government first made their own neighbors hate them simply for being Jews. How is that any different from hating someone for their political views?”

Pedro Pascal, the lead actor in The Mandalorian, also made a politically-charged Holocaust comparison, and it seems Disney has not taken any action in his case. In the summer of 2018, when Democrats demonized President Donald Trump for putting “kids in cages” by sharing photos of children put in cages during the Obama administration, Pascal explicitly compared the “kids in cages” claim to the Holocaust. He shared two images with the hashtag “ThisisAmerica.”

Virginia Heffernan, a columnist for the Los Angeles Times, wrote the most perverse column in recent memory. The title: “What can you do about the Trumpites next door?” Heffernan wasn’t lamenting neighbors who had jokingly put pro-Trump signs in her yard or who had participated in the Jan. 6 riots. No, Heffernan was lamenting the travails of living next door to Trump supporters who dared to clear her driveway of snow.

Heffernan writes, “Trumpites next door to our pandemic getaway … just plowed our driveway without being asked and did a great job.” This simple act launched Heffernan into a journey of angst and rage. “How am I going to resist demands for unity in the face of this act of aggressive niceness?” she bemoans. “I realize I owe them thanks — and, man, it really looks like the guy back-dragged the driveway like a pro — but how much thanks?”

Many of the people who invaded the Capital Hill building cannot find lawyers to represent them. It shows how vile and uncivilized our nation has become. The defendants at Nuremberg were provided with legal counsel because, at that time, people still had respect for the rule of law. With there being no middle ground for rational debate, civil war or death squads for anyone seen as a foe will be the fate of our nation.

We are likely beyond the point where an event could trigger a revival to constitutional thinking or even a pause in our decline. When people become so irrational that they think they have a monopoly on truth, there is no reasoning that will return them to sanity.

Changing Our Minds By Bill Perkins As we move into full-blown communism in America, our…

The Miracle Before Us

The Miracle Before Us By Hal Lindsey The State of Israel may seem normal. But…