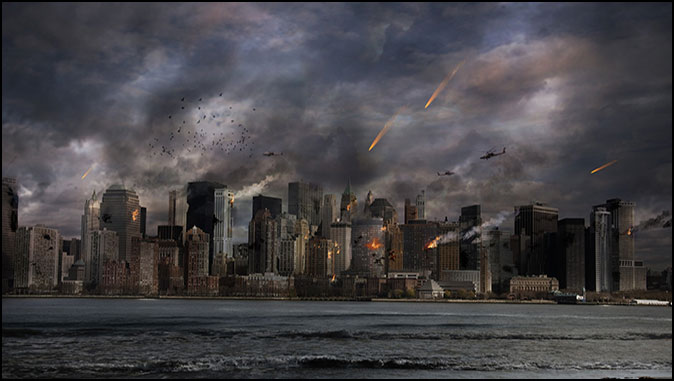 What Makes Hypersonic Missiles So Dangerous?
By Todd Strandberg

What has kept the world safe from nuclear war over the past 60 years is the concept of Mutually Assured Destruction (MAD). This principle is founded on the notion that a nuclear attack by one superpower would be met with an overwhelming nuclear counterattack such that both the attacker and the defender would be annihilated.

For about two years I’ve been reading about the Russians’ advancement in hypersonic missiles. I didn’t understand the significance of Moscow’s ability to deliver nuclear weapons at vastly faster speeds until I watched a recent YouTube news video on the subject.

If a conventional nuclear missile is launched against a target in the US from Russia, it would take about 30 minutes for the missile to travel from Russia to the US. A hypersonic missile can cut this travel time down by several minutes. Because a hypersonic missile can fly at a very low altitude, it can avoid radar detection. This means an attack on Western targets can occur within a few minutes.

A Russian nuclear submarine off the coast of Louisiana could strike at Offutt, AFB command system in Nebraska and take out our ability to launch a counter strike. In 1948, Air Force Secretary Stuart Symington chose to headquarter the Air Force’s crucial long-range atomic strike force at Offutt primarily because the base was centrally located on the North American continent – placing it well beyond the existing range of potentially hostile bombers or missiles.

The planes that transmit launch codes would be able to get airborne before Offutt was destroyed by a nuclear strike. A hypersonic missile would now be able to span the 850 miles distance between Offutt and the Gulf of Mexico in less than eight minutes. Since it would take three minutes to sound the alarm, there would not be enough time to get the doomsday planes into the sky.

The president and the Pentagon would have almost no time to react. Being only a few miles from the Atlantic Ocean, a hypersonic missile attack would take out the DC area at a speed measured in seconds. A surprise attack on the organizations that have the launch codes could leave the US unable to carry out a retaliatory strike.

Our submarines could be sitting under the Baltic sea with no way to return fire to the enemy. As it became clear that command and control units could be easily wiped out, the ability to launch missiles would have to be greatly relaxed.

I was stationed at Offutt for 19 of 20 years of military service. I remember we had an airborne command post, called the Looking Glass, flying 24 hours a day, 365 days a year. After the demise of the Soviet Union, it was decided that is safe enough to end the continuous flights.

We may need to relaunch Looking Glass with time for a nuclear reaction cut to just a few minutes. During the Cold War there were several times when various glitches caused false alarms that led to the contemplation of the nuclear option.

Bible prophecy clearly implies that humanity will largely destroy itself with nuclear weapons during the Tribulation. Isaiah 13:12 says that man will become “more rare than fine gold.” Zechariah 14 seems to give a firsthand view of a nuclear holocaust. The graphic descriptions in this ancient prophecy are a good description of what would happen to people exposed to an atomic blast:

“Now this will be the plague with which the LORD will strike all the peoples who have gone to war against Jerusalem; their flesh will rot while they stand on their feet, and their eyes will rot in their sockets, and their tongue will rot in their mouth. It will come about in that day that a great panic from the LORD will fall on them; and they will seize one another’s hand, and the hand of one will be lifted against the hand of another. Judah also will fight at Jerusalem; and the wealth of all the surrounding nations will be gathered, gold and silver and garments in great abundance. So also like this plague will be the plague on the horse, the mule, the camel, the donkey and all the cattle that will be in those camps” (Zechariah 14:12-15).