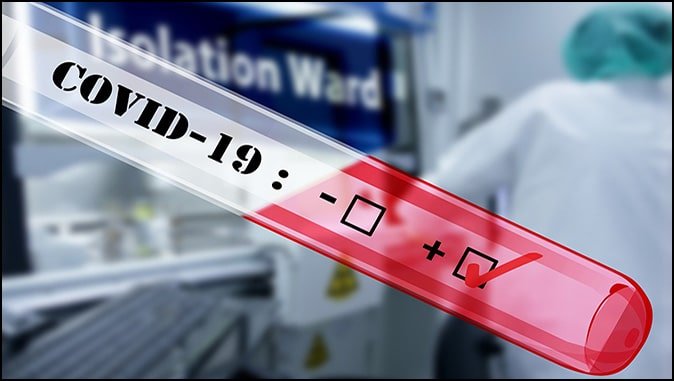 What is God Saying with the Coronavirus Pandemic? (Part 2 of 3)
By Dr. David Reagan

The rebellion against God and His Word has also become a worldwide pandemic. This is the fulfillment of Bible prophecies about the end times. Jesus Himself said that He would return at a time when society would become as evil as it was in the days of Noah (Matthew 24:37). If you read Genesis 6, you will see that the two fundamental characteristics of Noah’s society were violence and immorality. That’s exactly what we see in our nation today and all around the world. In short, we have arrived.

I believe God is speaking to us through the virus pandemic — warning us of His impending wrath. He is shouting from the heavens that we are on the threshold of the Tribulation when He will pour out His wrath on all the rebellious people and nations on the earth.

That, in turn, means the Rapture is about to occur — the event that is described in detail in 1 Thessalonians 4:13-18 when Jesus will come for His Church, both the living and the dead, to deliver them from the world before the wrath of God is poured out (1 Thessalonians 1:10).

Is anyone listening? Does anyone care? The world is scoffing at the prophetic voices and the remedial judgments.

Americans are among the worst. Thus far, we have responded to prophetic voices like David Wilkerson with mocking and to remedial judgments like 9/11 with patriotism. But God is calling for repentance, not expressions of national greatness.

I personally have always believed that God’s ultimate judgment on our nation would be the destruction of our economy. Why? Because the real god of America has become the Almighty Dollar.

The true God of this universe — the one who was America’s God until the 1960s — is a jealous God (Deuteronomy 4:24) who hates idolatry (Exodus 34:14) and will not tolerate it. We have become a thoroughly materialistic society with a false god, and I believe the true God is going to destroy our false one.

We can be thankful that the true God is very patient and longsuffering. Otherwise, He would have destroyed us long before now. Consider the words of the Hebrew prophet, Nahum, in chapter one of his prophecy:

2) A jealous and avenging God is the LORD; the LORD is avenging and wrathful. The LORD takes vengeance on His adversaries, And He reserves wrath for His enemies.

3) The LORD is slow to anger and great in power, and the LORD will by no means leave the guilty unpunished…

Back to the Example of Judah

The Lord’s patience is illustrated by the fact that even after the horrible reign of Judah’s King Manasseh, God relented from destroying the nation. Think about that for a moment. Manasseh reigned for 55 years, longer than any other king in the nation’s history. His reign was undoubtedly a remedial judgment which God placed upon the rebellious nation. He gave them the kind of leader they deserved.

King Manasseh gave himself to gross idolatry, erecting altars all over the land to false gods like Baal. He became involved with astrology and worshiped the stars of heaven. He practiced witchcraft, divination and sorcery. He sacrificed children by burning them alive, and he placed a false idol in the Jerusalem Temple (2 Chronicles 33:1-7).

But God, in His unfathomable patience and mercy, held back His wrath and even gave the people of Judah a window of grace by raising up a righteous king named Josiah (2 Chronicles 34). Josiah led a nationwide spiritual revival, but it was imposed from the top down and did not impact the hearts of the people. Thus, when Josiah was killed in battle after a reign of 31 years, the nation of Judah immediately plunged back into its ungodly ways. The evil of Manasseh’s years had become interwoven in the fabric of the nation’s soul. And God finally poured out His wrath.

In like manner, our nation has turned its back on the very One who has blessed us beyond any nation that has ever existed. Some argue that we are just going through a period of spiritual coldness, like what has happened to us in times past. And they argue that we will experience a great spiritual revival — again, just as has happened in the past.

I do not agree with this attitude. We are not a nation that has grown spiritually cold. We have gone far beyond that point. We are now a nation in open, hostile rebellion against God and His Word.

We have kicked God out of our schools and the public arena. We are in the process of confining religious freedom to the home and church buildings. We continue to murder babies in the womb. We have given legal approval to the Sexual Perversion Movement. We are in the process of outlawing hate speech, which will soon include quoting certain verses of the Bible or speaking out about specific sins. And worst of all, we have churches all across our land who are getting in bed with the world because they are more interested in seeking the approval of people than God.

As I have pointed out, God has responded to us patiently with prophetic voices and remedial judgments, including giving us the kind of leaders we deserve. Clinton and Obama were those kind of leaders.

The Christian poet, Kay Hedger, described President Bill Clinton in these powerful words written in 1993, which we published in a book in 1994 titled, The Parched Soul of America:

State of the Heart

becomes Commander-in-Chief and the nation
gets a leader who reflects the true condition
of its heart.

I think it is very interesting that in that same book, in the section devoted to the probable payoffs for our sins, there was this poem about disease:

President Barack Obama was even worse than Bill Clinton. He turned out to be the most pro-abortion, pro-homosexual, anti-Capitalist, anti-Israel leader in the entire history of our nation.

The man who promised us hope, proceeded to destroy that hope with his myriad of ungodly programs and actions. Perhaps the most outrageous was when he lit up the White House in the colors of the Sexual Perversion Movement in celebration of the Supreme Court’s decision to legalize same-sex marriage. Obama was America’s Manasseh.

A Window of Grace

Thankfully, Bible-believing Christians went to prayer for our nation. Franklin Graham traveled to every state capital during the 2016 presidential campaign and led prayer rallies for God to have mercy on our nation. He began every one of those rallies with these insightful words:

God heard those prayers, and He responded with a window of grace with the miraculous election of Donald Trump.

I think it is very interesting that back in 1980 when Ronald Reagan was elected, Francis Shaeffer, one of God’s prophetic voices to America, referred to Reagan’s election as a “window of grace” from God, and it was.

But as soon as his term ended in 1989, our society took up where it had left off in its rejection of Judeo-Christian values and proceeded with its downward spiral into the secular, pagan pit of Humanism.

President Trump is doing a lot of things right while he continues to proclaim that he is going to “Make America Great Again.” But don’t count on it. No one can make our nation great again as long as we continue in our outright rebellion against God and His Word.

Crossing the Line of No Return

Our nation, like Judah, has gone too far in its rejection of God. I believe our wound is incurable. The election of Trump is not a portent of our future. And I can prove that with four brutal facts. After eight years of the most ungodly administration in American history:

1. President Obama left office with a 60% approval rating.
2. His designated heir, Hillary Clinton, received three million more votes than Trump.
3. Our nation’s future — the Millennials (18 to 29 year olds) — supported an out-and-out Socialist, and when he failed to get the nomination, they voted overwhelmingly for Clinton.
4. Consider, too, the ignorance of God’s Word that has come to characterize both our nation and professing Christians.

And what determines a Bible-believing Christian? Answers to the following six questions:

1. Does absolute moral truth exist?
2. Is the Bible totally accurate in all of the principles it teaches?
3. Is Satan a real being and not simply a symbolic force?
4. Can people earn their way into Heaven by doing good works?
5. Did Jesus live a sinless life?
6. Is God the all-knowing, all-powerful creator of the world who still rules the universe today?

Again, only 9% of Americans can answer these questions biblically, and only 17% of professing Christians can do so! Is it any wonder that a recent national poll by George Barna’s American Culture and Faith Institute revealed that:

Or, consider what public opinion polls are showing regarding same-sex marriage. Acceptance of this abomination has increased rapidly from 37% in 2007 to 62% in 2018. The acceptance among white Evangelicals has increased from 14% in 2007 to 35% in 2018. The latest 2018 poll showed there is only one state left in the Union where a majority of people oppose same-sex marriage — Alabama!

Our nation needs to wake-up to the fact that legalizing an abomination does not make it moral. Here’s how one organization has put it:

In the third and lasts part of this look what God may be saying with this Coronavirus pandemic, we’ll explore how God judges while extending the hand of hope.

Trump: “Peace has to happen”

Trump: “Peace has to happen” By Terry James It is inevitable. Peace in the Middle…

Connecting the Mary Apparitions to Ezekiel 38

A Two Minute Warning? Steve Meehan In football parlance, to those of us who enjoy…

Spirit of Antichrist Surging By Terry James Recently channeling through my TV channels, I heard…