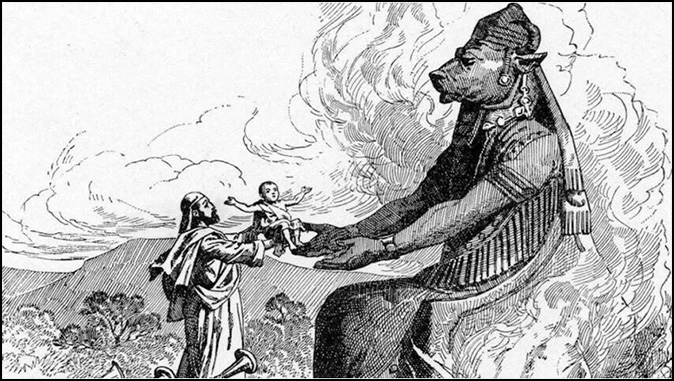 What About the Children?
By Hal Lindsey

One of the problems with idolatry is that it does not sit still. It grows. Satan always wants more. Eventually, he even demands the children. Deuteronomy 12:31 explains where idol worship leads. “They burn even their sons and daughters in the fire to their gods.” Do you get what that’s saying? Those ancient idol-worshipers burned their own babies alive!

God’s command is firm. In Leviticus 18:21, He said, “You shall not let any of your descendants pass through the fire to Molech.”

In this enlightened 21st century, we would never do anything like that, right? Wrong. We kill kids, too. The difference is that we do it while they are still in the womb.

Until recently, anti-abortion sentiments had been growing in the United States. That may be because improved ultrasounds allow us to look into the faces of the unborn. But in the aftermath of the Supreme Court striking down Roe versus Wade, the tide turned. Marchers, politicians, celebrities, and reporters yelled to women, “They’re taking away your constitutional rights!” And that’s what many of them believed.

But that’s just a legal argument. The abortion issue is more than that. It is moral. It boils down to three questions. Is the fetus alive? Is it a part of the mother like her thumb or her foot? What species is the child?

If you have ever had an abortion, please don’t feel condemned. If you have turned to Christ, He has completely forgiven you. If you have not, then ask Him and He will forgive. According to Jesus in John 8:36, the person Jesus makes free, is “free indeed.”

Christians and others in the pro-life movement must remember that the answer to abortion is not violence or rage. It is loving persuasion. Listen to what the other side has to say, then present your side with kindness. Be civil. But do not hide from this issue. Tell the truth.