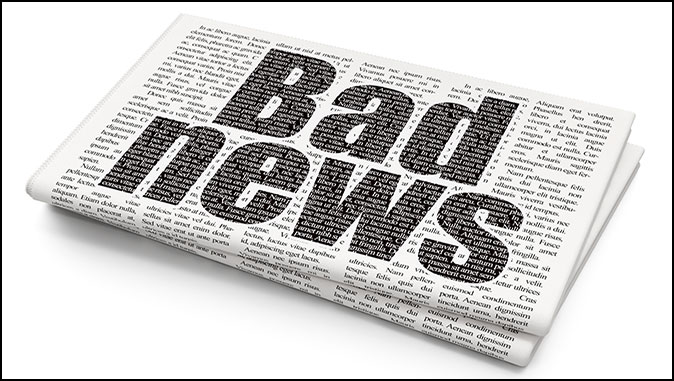 When Barack Obama was elected to the presidency in 2008, there was a massive surge in traffic to Rapture Ready. The Democrats had just won such a large majority in both houses of Congress, they could pass any bill on their agenda. Since Obama was hailed as a type of Messiah by the press, many Christians were wondering if he was the Antichrist.

Obama did tremendous damage to our constitutional system, but we survived his eight years of carnage. Donald Trump was a man of flawed character. I absolutely could not stand his arrogance, but he did a good job of delaying the radical left’s plan to enslave the American people.

There are indications that there’s massive voter fraud in this election. Trump was 800,000 votes ahead in Pennsylvania, and then this lead mysteriously disappeared. Biden would have needed to get 90% of the uncounted votes to close such a large gap. The liberal media are now totally focused on making people think the election process is over.

If Joe Biden becomes our next president, we face the danger of losing our basic liberties. Biden issued the standard platitude that I expected by calling for “a time to heal in America” and said, “I pledge to be a president who seeks not to divide, but unify, who doesn’t see red states and blue states, only sees the United States.”

Obama said similar things when he was elected. He then went on to be one of the most racist and anti-Christian Commanders and Chiefs in history. Since Biden is nothing more than a senile puppet, the radical elements of the Democratic Party will have a free hand to run the White House.

I have a very simple biblical explanation for why Trump may lose. The left is so insane right now, they would have destroyed large sections of our infrastructure if Trump was reelected. There would be civil war in every major city, and the use of deadly force would be a certainty.

There is one saving grace that may prevent total disaster. The Senate still has a Republican majority, so no radical legislation will be voted into law. It makes me shudder to think that Mitch McConnell, the worst Senate Majority Leader in history, will soon be the highest-ranking Republican in the nation. Since God has a preference for using flawed people, we all may be amazed at how skilled McConnell suddenly becomes at frustrating the agenda of the Biden administration.

I had a premonition that Trump was going to lose the election two weeks before the vote. Pat Robertson of 700-Club fame reported that he has been told by God that Trump would win reelection and it will bring about the beginning of the End Times. If Robertson had predicted a January heat wave for Florida, there would be snow falling in Miami. He has been predicting the world’s end since the 1970s. He previously claimed it would happen in 1982, and then again in 2007.

Biden’s son Hunter must be as happy as a pig in slop right now. Over 76 million people have given him a mandate to outdo Hillary Clinton in Shady business dealings. Foreign agents are probably lining up at his door to buy his influence. Hunter could sell nuclear-tipped missiles to third-world nations, and the press would look the other way.

Many Pundits on the right are hoping that Biden will turn out to be such a huge disaster that voters will switch to the Republican party in the next election. I don’t have much hope for this type of outcome. If we’re close to the tribulation hour, things will only go from bad to worse. Trump promised to drain the swamp, but it only got bigger. I was surprised to see that 93% of the residents of DC voted for Biden.

I think the greatest danger we currently face is complacency. If Biden initially tries to play nice, people on the right may let down their guard. The liberal media and the Democratic Party are fixated on gaining power. Once they see an opportunity to take full control, they will pounce. Because the Bible predicts victory for the enemies of God, the only reliable hope for a believer is the rapture.

“For the Lord himself shall descend from heaven with a shout, with the voice of the archangel, and with the trump of God: and the dead in Christ shall rise first: Then we which are alive and remain shall be caught up together with them in the clouds, to meet the Lord in the air: and so shall we ever be with the Lord. Wherefore comfort one another with these words” (1 Thessalonians 4:16-18).