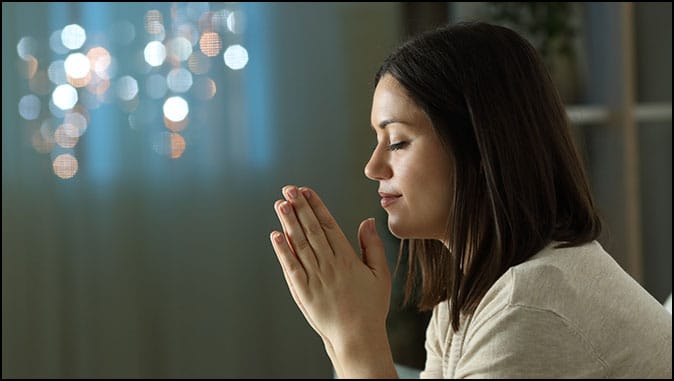 The title of this article comes from Scripture. “See then that ye walk circumspectly not as fools, but as wise, Redeeming the time, because the days are evil” (Eph. 5:15-16).

Here are 7 basic things that people need to know about Bible prophecy:

– One, people need to know that God knows the future. Paul said, “Known unto God are all his works from the beginning of the world” (Acts 15:18). God knows what will happen before it happens.

– Four, people need to know that Bible prophecy is reliable. God said, “The prophet, which shall presume to speak a word in my name, which I have not commanded him to speak, or that shall speak in the name of other gods, even that prophet shall die” (Deut. 18:20). God’s prophets had to be right 100% of the time. If what they said is not from God, it is from Satan.

Many years ago, Peter Stoner, former Professor Emeritus of Science at Westmont College in Santa Barbara, California, calculated the probability of one person fulfilling just 48 prophecies to be 1 with 127 zeros (A trillion has just 12 zeros). With the odds being so great for one person to fulfill just 48 prophecies, one must wonder what the odds would be for one person to fulfill all 108 prophecies. Fulfilled prophecy is indisputable proof that Jesus is the Messiah, that God knows the end from the beginning, that God is in control, and that the Bible is the Word of God.

ONE, on Feb. 19, 2021, it was reported that Pres. Biden took office promising to improve America’s relationship with Europe, work with our allies in Europe, strengthen NATO, etc.

Pres. Macron of France believes it is time for the EU to establish a more powerful military and tell the U.S. to remove her troops.

The Antichrist will rise to power in Europe and go forth conquering and to conquer.

I am receiving e-mails from readers that want to know if I believe Emmanuel Macron is the Antichrist.

The identity of the Antichrist will not be revealed while the Church is here, but since Israel became a nation in 1948, several people have been identified as the Antichrist that are no longer alive.

There is no question that Macron has many traits of the Antichrist, and he could be the Antichrist, but be careful because skeptics will label you as a false prophet, refuse to listen to you, etc., if something happens to Macron.

TWO, concerning world government: on Feb. 19, 2021, it was reported that Biden addressed global leaders with two major speeches (one at the G-7 virtual summit and another at the Munich Security Conference) to declare the end of Trump’s “America First” agenda.

As I understand it, the era of “America First” is dead, and it has been replaced by the era of “Globalism First.”

Biden is putting the needs of the UN and other nations (the globalist agenda; the New World Order) above the needs of America.

Know that the World Economic Forum (WEF) plans to ask the G-7 nations to approve “The Great Reset” this fall, and Biden (or whoever is in charge at the White House) is letting people know that he supports the globalist agenda.

– Be aware that a former Obama Dept. of Homeland Security Official said more than one million immigrants will try to cross the U.S. border with Mexico this year (many with Covid; some getting vaccinated before American citizens that want vaccinations can get them).

– Be aware that Biden has prepared a $1.9 Trillion Covid Relief Package and less than 10% of the money is for health-related issues (more than 90% is for museums, family planning, bailing out states and cities, a bridge that Schumer wants in New York, a tunnel that Pelosi wants in San Francisco and more).

– Be aware that Biden is warming up to China; that nation is requiring its people to hate God, wants to head up the coming world government, a government that will hate God, etc. (Rev. 13:4-8).

Know that God gave Daniel a vision of the latter time, the rise and fall of the Antichrist, and his world government during the Tribulation Period (Dan. 8:23-27).

“And in the latter time of their kingdom, when the transgressors are come to the full, a king of fierce countenance, and understanding dark sentences, shall stand up. And his power shall be mighty, but not by his own power: and he shall destroy wonderfully, and shall prosper, and practice, and shall destroy the mighty and the holy people. And through his policy also he shall cause craft to prosper in his hand; and he shall magnify himself in his heart, and by peace shall destroy many: he shall also stand up against the Prince of princes; but he shall be broken without hand. And the vision of the evening and the morning which was told is true: wherefore shut thou up the vision; for it shall be for many days. And I Daniel fainted, and was sick certain days; afterward I rose up, and did the king’s business; and I was astonished at the vision, but none understood it.”

The vision of the coming Antichrist and his world government was so evil and destructive that it caused Daniel to faint and be sick for several days.

In a past article, I stated that God may have allowed Trump to be removed from office so the globalist agenda can go forward (and it is).

God is in control, and He can speed it up or slow it down, but I expect the Democrats to lock America into a world government before the next election.

THREE, concerning persecution: on Feb. 16, 2021, Worthy News reported that the Center for Family and Human Rights is warning groups and organizations that the UN (wannabe world government) is planning to create lists of those that oppose the LGBT agenda.

Those that oppose the LGBT agenda will be designated as “LGBT hate groups,” and they will be blacklisted and punished.

FOUR, concerning natural disasters: the state of Texas is known as a major producer of oil and natural gas, but in 2020, Texas used wind turbines to produce 23% of its electricity.

The extreme cold of the Feb. 2021 winter storm froze about half of the wind turbines, and, at one point, more than one and a half million Texans were without electricity.

It has been reported that without rolling blackouts, the entire system was just minutes away from a catastrophic failure that would have taken weeks, or perhaps months, to totally repair.

Stores closed for lack of electricity, others closed because they ran out of food, people moved into their vehicles to stay warm, more than 40 people died, and this is perhaps the costliest weather event in the history of Texas.

Thank God for fossil fuels because without them, the hunger (famine), cold, death and destruction would be much worse than it was this time.

Incidentally, on his first day in office, Biden stopped construction on the Keystone XL Pipeline in the U.S., put thousands of Americans out of work, and hurt Canada, but now he is promoting a pipeline to carry Turkmenistan gas across Afghanistan and Pakistan to India.

– If nuclear power plants are unsafe in the U.S., why is Biden signaling his readiness to resume talks with Iran over the resumption of that terrorist nation’s nuclear program?

– Since America’s economy is in danger of collapsing and the U.S. has crude oil that could be sold, why is the U.S. cutting production, jobs, etc. and starting to buy oil again?

– If pollution of the atmosphere is causing climate change disasters like the one in Texas, why is Biden ignoring the fact that China is one of the worst polluters on earth, and why is Biden’s Climate Change Envoy, John Kerry, still flying around in his private plane?

It has been my opinion for a long time that God uses natural disasters to warn nations to repent and return to Him (II Chron. 7:13-14), but globalists are using the disasters as a scare tactic to bring in their godless world government.

Godless leaders do not think like Christians, and more and more, it is clear that this world is not the Christian’s home (I Cor. 2:14-16).

To be honest, I do not think America will repent, and if Covid and the Texas disaster are birth pains, there is more to come.

By the way, on Feb. 19, 2021, John Kerry was on CBS This Morning, and he was asked, “How much time do we still have left to avert climate catastrophe?”

He replied, “The scientists told us 3 years ago we have 12 years to avert the worst consequences of climate crises; we are now 3 years gone, so we have 9 years left.

This is 2021, and 9 years from now will be 2030, which is the UN agreed-upon goal for having a world government up and running.

FIVE, on Feb. 19, 2021, William Koenig, author of “Eye to Eye,” noted that Biden has hit the ground running on issues that are worrisome or detrimental to Israel.

We cannot deny that Biden has come out in favor of the Two-State Solution (division of Israel), he opposed Israel’s construction of settlements in Judea and Samaria, he waffled on Israel’s sovereignty over the Golan Heights, he announced that the U.S. might be willing to rejoin the Iranian nuclear deal, he revoked Trump’s designation of the Iranian-backed Houthis as a terrorist organization, and more.

Now, the U.S. (especially Texas) has been hit with a record-breaking storm.

Zuckerberg said, “We just don’t know the long-term side effects of basically modifying people’s DNA and RNA … whether that causes other mutations or other risks downstream.”

This seems significant because Facebook has announced an expedited effort to remove posts that say the Covid-19 vaccine changes people’s DNA.

The U.S. Constitution gives citizens freedom of speech, and people like Zuckerberg should not be allowed to take it away.

This is another case of the rich and powerful making rules that apply to others but not themselves.

FINALLY, if you want to go to heaven, you must be born again (John 3:3). God loves you, and if you have not done so, sincerely admit that you are a sinner; believe that Jesus is the virgin-born, sinless Son of God who died for the sins of the world, was buried, and raised from the dead; ask Him to forgive your sins, cleanse you, come into your heart and be your Saviour; then tell someone that you have done this.