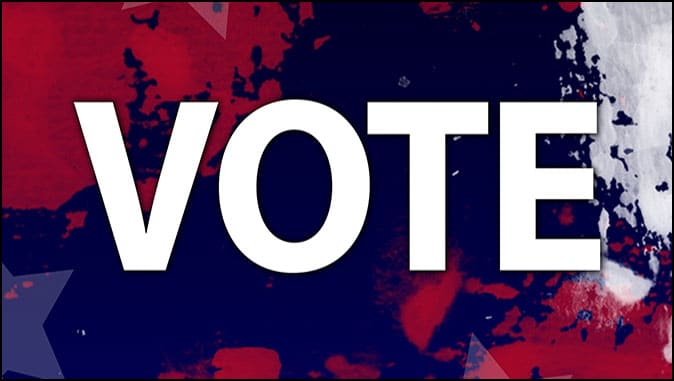 Vote Like Your Life Depends on It
By Todd Strandberg

The 2020 presidential election has kicked off in many states as voters begin mailing the first ballots, marking the start of an eight-week sprint to November. The left has such a fanatical fixation on this election, the fate of our nation is clearly riding on the outcome.

The liberal media are openly warning that there will be violence if Trump wins, so in their mind, the only way to ensure a peaceful transition is a Joe Biden blowout. They are basically using the old mafia line, “Nice country you have here. It would be a shame if something bad happened to it.”

The Washington Post’s editorial board predicted that four more years of President Donald Trump will prove “catastrophic” to the country. The newspaper offered the following warning:

“Another term could allow Mr. Trump to complete the demoralization, politicization and destruction of a workforce that was once the envy of the world: the American civil service, health service, Foreign Service and uniformed military. In everything from consumer safety to air quality to life expectancy, the results would be catastrophic. But there would be nobody left to measure them.”

A recently invented group called the Transition Integrity Project (TIP) claims to be preparing for a scenario where President Trump loses the 2020 election and refuses to leave office, potentially resulting in a constitutional crisis. However, according to TIP’s own documents, even their simulations involving a “clear win” for Trump in the upcoming election resulted in a constitutional crisis, as they predicted that the Biden campaign would make bold moves aimed at securing the presidency, regardless of the election result.

The will of the American people doesn’t matter. The left is moving closer to using open warfare to grab power. The 2016 Democratic presidential candidate and former Secretary of State under Obama, Hillary Clinton, said that Biden “should not concede under any circumstances.”

“I think this is going to drag out, and eventually I do believe he will win if we don’t give an inch, and if we are as focused and relentless as the other side is,” Clinton continued during an interview with Showtime a little over a week ago. The results of the TIP’s simulations notably echo Clinton’s claims that Biden will “eventually” win if the process to determine the election outcome is “dragged out.”

It is just outrageous to have Clinton showing open-contempt for the democratic political process. People would have to be crazy to trust a party with this type of mindset. A large part of the voters are driven by a blind demonic hatred of Trump. There is no other way to explain why sane people would vote for someone whose mental state is so poor, he can only speak in public by reading off a prompter.

It is comical and entertaining to a degree to hear a major political candidate make these outlandish gaffs. The humor quickly fades when you have the liberal media jumping in to cover-up Crazy Joe’s blunders. It would be horrifying to have this same cult of personality come to the defense of someone like Hitler and Stalin.

If Biden wins, Silicon Valley will maintain its monopoly in big tech. All lawsuits filed by the Trump administration will be dropped, and the Democrats’ lock on social media will push the nation closer to one-party rule.

A Biden presidency would guarantee corruption on a massive scale. Since Hunter Biden is already on the payroll of the Ukraine and the Chinese, influence peddling can break the record set by the Clintons.

The worst outcome of the Democrats winning the White House is them trying to fulfill their promised social programs like the forgiveness of all student loans, reparations for slavery, and free money based on Modern Monetary Theory. The trillions spent on the COVID-19 virus should have already bankrupted the nation. I doubt we could add another $10 trillion to the national debt without causing a meltdown of the dollar.

Years ago, it was debatable if a true Christian could vote for the Democratic candidate. Today, that issue has been resolved by the Democrats saying if you are a Christian that stands for biblical values, we don’t want your vote. If you oppose gay marriage or late-term abortion, you cannot hold any office in the party. The Democratic Party is allied with Marxists and Muslim groups that hate Christianity, which is why there was no mention of God in the party’s platform.

I wouldn’t say it is worthless to pray for America. Because we know that all nations will fall under the Antichrist’s control during the tribulation, I think it’s more productive to pray for a delay in our nation’s enslavement. I don’t see Donald Trump as any type of savior. He has profoundly deranged views of theology. Christians that proclaim he is being used by God have probably only worked to swell his ego. What Trump needs to know is that God sometimes uses sinful men to confound the devil’s plans.

Since God has used Trump to protect believers from the left for four years, it would seem logical that he will continue to use him until the rapture. Because the Church now faces an enemy that is furious with satanic rage, we need to be very concerned about this election.

“Be sober, be vigilant; because your adversary the devil walks about like a roaring lion, seeking whom he may devour” (1 Peter 5:8).