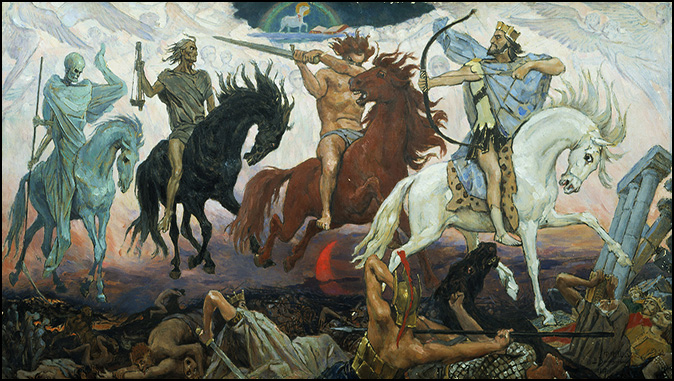 Forces from within are weakening the United States even as the world economy falters. Inflation is rising almost everywhere. The nations who once stood for human rights and dignity grow more and more willing to suppress rights in exchange for the promise of “peace and safety.” People are afraid.

More every day, these look like the times described in the Bible as happening just before the second coming of Jesus Christ.

In biblical terms the seven years preceding Christ’s return are known as Daniel’s 70th week. But most Christians refer to those years as simply “the tribulation.” The Bible teaches that several things must happen before the tribulation begins. They include the rapture of the church followed by the antichrist’s rise to prominence.

We know a great deal about what will happen in the tribulation and what the world will look like in those days. Even though we are not in the tribulation, we see the world looking more and more like it will during that time. From here, it can happen with exceeding speed.

The tribulation will be a time of judgments upon the earth. Those judgements will begin with the famous “four horsemen of the apocalypse.” Revelation 6:2 (NASB) says, “And I looked, and behold, a white horse, and he who sat on it had a bow; and a crown was given to him; and he went out conquering, and to conquer.”

That first horseman will be antichrist presenting himself as a false messiah to the world. He will conquer by bringing the world into a single monetary system headed by himself. The verse mentions a bow, but no arrows. He will conquer without firing a shot. When a desperate world sees his seemingly miraculous Middle East peace treaty, it will be as if he pulled the sword from the stone, and they will quickly give him their kingdoms.

The desperation we see now is a prelude to the extreme desperation that will enable him to conquer the world with amazing ease.

But the era of peace, safety, and international cooperation will be brief. The underlying antagonisms will remain. For instance, Iran, Russia, and Turkey will still hate Israel. The arrival of the second horseman marks the removal of peace from the earth. It means war.

Next comes the black horse, destroying lives and economies with hyperinflation. Then arrives the pale horse, leaving death in its wake. And those are just the beginning of tribulation’s judgments.

The hurricane has not arrived. But the wind has picked up, and it’s beginning to rain. The barometric pressure is dropping. And in the distance, we see a dark, threatening sky. It’s a good time to draw close to the Lord and His word, and to spread that word everywhere. We stand remarkably close to the culmination of this age, and the beginning of something glorious.