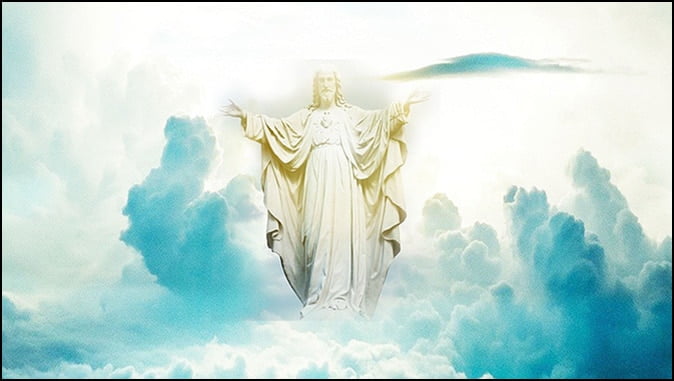 This Is the “Blessed Hope”?
By Terry James

Most people who profess Christianity as their faith base claim to cling to Bible truth. However, it is my observation that the overwhelming majority within these numbers shows little or no understanding of or interest in the signals of the lateness of the times in terms of Bible prophecy.

This dearth of understanding and even of interest stems, no doubt, from churches and their pastors and teachers having little understanding or even interest. People in the pews, in listening to weekly sermons or Sunday school lessons, it is sad to say, are for the most part satisfied with messages that give them comfort — that make them rest easy from the week’s life problems.

While this wanting to forget one’s problems is understandable, it is not altogether what the Lord wants for His children. As a matter of fact, God’s Word warns about these very days and the dangers posed through the following words of the Apostle Paul:

“I charge thee therefore before God, and the Lord Jesus Christ, who shall judge the quick and the dead at his appearing and his kingdom; Preach the word; be instant in season, out of season; reprove, rebuke, exhort with all long-suffering and doctrine. For the time will come when they will not endure sound doctrine; but after their own lusts shall they heap to themselves teachers, having itching ears; And they shall turn away their ears from the truth, and shall be turned unto fables.” – (2 Timothy 4:1–4)

We have witnessed over the years many such “turning to fables” because of “strange winds of doctrine” taught by “teachers” to many with “itching ears.” This includes those “teachers” who have predicted the exact date of the Rapture of the Church.

Paul warned Timothy — and all future preachers, teachers, and people in the seats of learning in the church — to be faithful to teaching and heeding biblical truth, to avoid “vain-jangling” (speaking or listening to nonsense). Paul said further, regarding his own faithfulness by example, as recorded just a couple of verses later:

“Henceforth there is laid up for me a crown of righteousness, which the Lord, the righteous judge, shall give me at that day: and not to me only, but unto all them also that love his appearing.” – (2 Timothy 4:8)

And the last words recorded here are key to this commentary. The great apostle addresses this to all who “love his appearing.” The “his” here is the Lord Jesus Christ, of course. Paul addresses God’s blessings of a crown of righteousness for all “who love his appearing” — the prophesied Second Coming of Christ.

Those who listen and heed Bible prophecy, and who “love his appearing” (are looking for the Rapture — or for His Second Advent if a Tribulation saint) will receive this special crown. Crowns are above and beyond heavenly rewards, as I understand the terms. This “crown” will be one that those who receive it will cast at the Lord’s feet, as praise to the King of all kings. Jesus will be wearing these crowns of praise when He rides the heavenly steed of glistening white during His return as given in Revelation 19:11.

We go deeper into this and what it means in the following brief, but marvelous, Scripture. It is one we often quote.

“Looking for that blessed hope, and the glorious appearing of the great God and our Saviour Jesus Christ.” – (Titus 2:13)

We who claim the holy name of Jesus Christ are to be “looking for the blessed hope.” If we earnestly do so, we will avoid the “vain-jangling” and the false teachings of false doctrine.

While false doctrinal teachings are important to avoid — and this is the main kind of falseness Christians are to avoid — there is another sort that the believer must discern and counter.

I read and listen to so many pundits and writers these days who foretell the direst circumstances imaginable for the nation and world. The troubling thing is that these fear-forecasters are at least partially right in their prognostication of evil and destruction among us now and of things to come.

One such blogcaster tells us that a large portion of the world’s populations will be killed soon through the manipulations of the globalists. The would-be world rulers, he is convinced, are using the vaccine-mandate madness to inject “killer shots” in order to bring down populations to the 500 million-people population as written on the Georgia Guidestones monument.

The communist Chinese, we are told, are about to invade the US, after major cyber and even possible nuclear attacks upon military bases within America.

COVID death camps are scattered across the country and will be used to take all who aren’t vaccinated there to be killed as were Jews and other “undesirables” in the death camps of Hitler’s time.

This blogcaster — who is a very intelligent fellow — believes this with all that is within him, I can tell.

He gives the impression that he believes in God and that God is on our side and we will win (as the human race) against the evil about to assault us.

I must say that if he is a true believer, he is one who is listening to false teachers, both in his time under church leaders and in his time putting together his so-called “intelligence” from wherever he gets his information.

The “intelligence” he and others like him are receiving tells only the half-truth of what is to come. The real truth is found in God’s Word, the Bible.

Paul the apostle said all believers are to look for “the blessed hope” — not for a total world dictatorship – Antichrist.

These evil things are about to happen, to be sure, but not for the Christian.

Where is “the blessed hope” in any of the dire predictions?

We are promised “the blessed hope.” We are told by Jesus Himself, as reported by John the Revelator, to be kept out of even the hour of “temptation” — the Tribulation (Revelation 3:10).

Our Blessed Hope is about to break through the clouds of glory and call God’s children to be with Him forever.

Amen! Even so come, Lord Jesus!