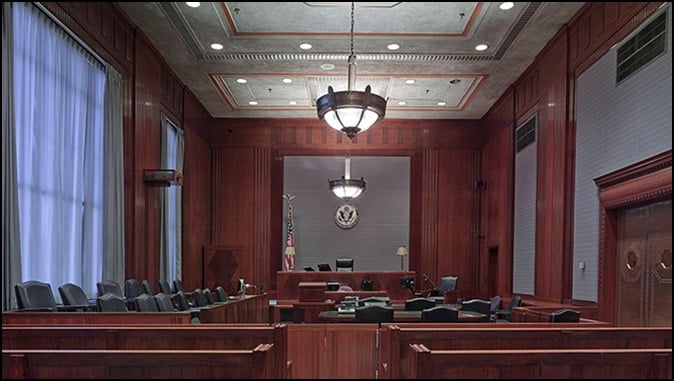 There Is No Justice in This World
By Todd Strandberg

There is no point in holding out hope that the justice system will set the world right by going after the bad guys. The justice system has become the enemies of true justice, so it’s foolish to place any hope in them.

For years I heard conservative voices predicting Hillary Clinton is going to jail someday for all her crimes. It doesn’t matter if she smashed her illegal private server right in front of the FBI headquarters. She will never spend a day in court because there is an army of leftist soldiers that will fight any effort to bring her to justice.

A few weeks ago, I read that PG&E will plead guilty to involuntary manslaughter in the Camp Fire. Victims of wildfires blamed on PG&E’s equipment are concerned the sell-off on Wall Street could hobble stock payments that make up half of a $13.5 billion settlement over claims from the blazes, said Robert Julian, an attorney for the victims. I understand how cash can resolve damages, but I don’t comprehend the guilty plea on the part of the firm itself.

If someone runs a big company, and they make decisions that directly cause people to die, they should go to jail. This general rule that companies are at fault is how big banks can steal $20 billion and pay a $5 billion fine. That is a 75% profit on criminal activity. The reason why 5,000 bankers went to jail in the Saving and Loan crisis of the 90’s, and zero went to jail in the Great Recession of 2008 & 2009, is because corporations learned to pay money to write the rules that regulate them.

I was dumbfounded when convicted celebrity lawyer Michael Avenatti was granted temporary freedom from a New York City jail by a California federal judge who said the spread of the coronavirus was a compelling reason to release him.

In an order, U.S. District Judge James Selna said Avenatti, who represented adult film actress Stormy Daniels in lawsuits against U.S. President Donald Trump, may stay at a friend’s home during the 90-day release period. Avenatti, 49, will be moving to the home of Jay Manheimer in Venice, California.

He was convicted in February of trying to extort up to $25 million from the athletic wear company Nike Inc. Avenatti, who is scheduled to be sentenced on June 17, could face more than 40 years in prison in the case. He still faces trial in two other criminal cases. It would seem that, at this point, getting released from confinement would only require a note from your mother stating your dislike for prison food.

In a recent 5-4 vote, the state Supreme Court of Washington rejected a lawsuit calling for the release of thousands of inmates to help stem the spread of the coronavirus. Those narrowly missing a shot at freedom included Gary Ridgway, the so-called “Green River Killer,” who in 2003 was sentenced to life in prison after confessing to killing as many as 49 women in the 1980s, Seattle’s KIRO radio reported.

It is unlikely that a high-profile man like Mr. Ridgway would go free, but 12,000 other dangerous criminals would be allowed to walk the streets. One other reason why I have long soured on true crime shows is because a murder getting a death or a life sentence doesn’t mean all that much with our liberal justice system. If you are double ax murder, just tell the judge you have asthma, and he’ll send you home.

The meltdown of the justice system is because all of mankind shares the same capacity for evil. One person shows their fallen nature by killing someone, and another person shows their depravity by letting the killer go free. It is very unlikely that we will see a return to true justice in America until Jesus comes and establishes His righteous rule over the whole earth.

“This is what the LORD Almighty said: ‘Administer true justice; show mercy and compassion to one another’” (Zechariah 7:9).

The New Factor Concerning the Signs of Nature (Part 1 of 3) By Dr. David…

Is This The End Times…or Just The Way It Has Always Been?

Is This The End Times...or Just The Way It Has Always Been? By Jonathan C.…

Blood Moons, Eclipses, Disasters and September 23 – What do they all mean?

Blood Moons, Eclipses, Disasters and September 23 – What do they all mean? By Michael…