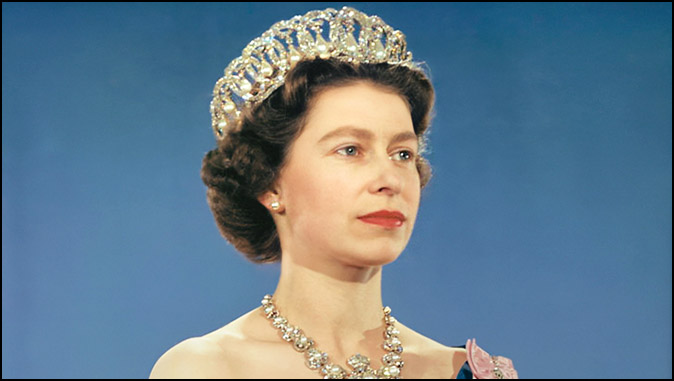 Several years ago, I noticed our society is being influenced by something that has a direct impact on Bible prophecy. It is a very long-term factor, but it will guide how prophecy unfolds. As one generation dies off, it is replaced by one that is further away from God’s will.

Of the people under the age of 30, nearly 70% have no religious affiliation, they largely support gay marriage, and the majority of them support people who wish to change their gender. They are so liberal in their politics that they would turn America into a one-party nation. Even now, many cities are so heavily controlled by the Democratic party, Republicans don’t even bother to field a candidate.

Queen Elizabeth was generally private about her political views. She saw her role as one who should be on the side that sought the greater good. If the prime minister was from Labor or the Tories, she would give them the same advice.

During her 70 years in power, Queen Elizabeth gave up all of her colonial claims. I couldn’t find an example where she sought to expand her power. She wisely realized the British Empire could only be an alliance of equals that shared the benefits of being part of Great Britain. The people of Scotland recently voted on staying or leaving the union, and they decided that staying was the best option.

What Queen Elizabeth lacked in political power, she more than made up in being a great diplomat. She met with hundreds of political leaders and addressed all manners of problems. The general history of the world involves mankind either fighting or talking. Queen Elizabeth had amazing skill at bringing together political opponents. Brian Mulroney, Canadian prime minister between 1984 and 1993, said Elizabeth was a “behind the scenes force” in ending apartheid in South Africa.

Even though Queen Elizabeth was very popular with the public, the liberal media couldn’t help taking a stab at her because of their general hatred of all white people. The New York Times quoted Uju Anya, a Nigeria-born professor at Carnegie Mellon University, who posted a tweet in which she wished the queen “excruciating” pain on her deathbed for overseeing a “thieving raping genocidal empire.”

Buzzfeed gave a voice to Scaachi Koul, who said, “I don’t care that the Queen is dead. She had a good run, and I didn’t know her, so why should I waste the six tears I am allotted per year on a stranger? The only reason I’m here is that I delight in upsetting Europeans, a long-held tradition of nonwhite Canadians for at least a century and a half.”

“The monarchy is defunct, its members are institutionally powerless, and now the Queen is dead. The world is moving on past what the monarchy gave us or, rather, what the monarchy took. Diana’s gone, Meghan’s making podcasts in Palo Alto, and you want me to feel sad that the Queen died? Pass. Save your tears for something that matters.”

Both of these women are disgusting individuals. Most of their writings are laced with profanity, and they have a self-serving fixation on racism. A third-world prostitute would have a better claim of moral superiority than these two dingbats.

I hope the best for King Charles III, but I’m very doubtful that he will come anywhere close to matching his mother’s legacy. Charles has already made several errors that show he lacks good judgment. His failed marriage to Princess Diana is at the top of any list. Charles is a big-time environmentalist. He said that climate change skeptics are playing “a reckless game of roulette” with the planet’s future and are having a “corrosive effect” on public opinion. Charles said he would vow to be a “Defender of Faith” as king, but he came across as a universalist by “ensuring that other people’s faiths can also be practiced.”

A key reason why good people are dearly missed is that most people don’t do anything positive in the world. If you try to bring peace to the world, you have a right to complain about the lack of it.

“Blessed are the peacemakers: for they shall be called the children of God” (Matthew 5:9).

Dark Storm Clouds Are Approaching By Grant Phillips Eleven years ago, I wrote an article…