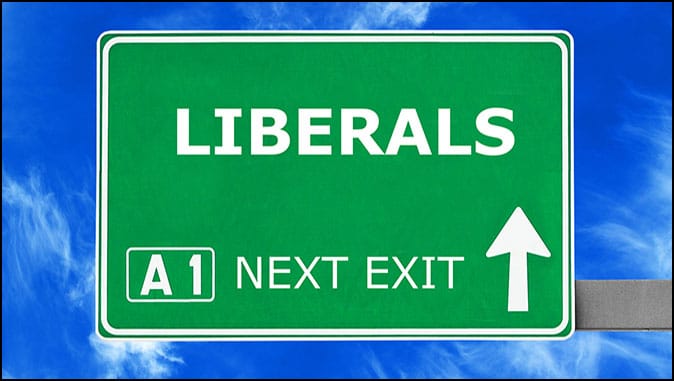 The Problem with People Fleeing Leftist States
By Todd Strandberg

A huge shift in the American population is currently taking place. Millions of people are moving out of high-crime and high-tax liberal states, and they are relocating to states that are mostly run by conservative governments. The states that are bleeding residents are California, New York, New Jersey, Illinois, and Connecticut.

A couple months ago, podcaster Joe Rogan said he was moving to Texas to get away from California. He cited overpopulation, traffic, and “the need for freedom” being a few of the reasons he has been persuaded to move from his current home of Los Angeles.

“We’ve been asked over and over and over again when we would leave California. The answer: now. See you in Nashville, gang! I’ve lived my entire life in California. Within weeks, we’ll be taking our 75 jobs and leaving. We’re not the first. And we certainly won’t be the last. Terrible governance has consequences,” said Shapiro.

This whole issue of people running away from social problems has already taken place. In the 60s, social programs promoted minorities to move into white urban cities. As the crime rate soared, whites fled the city, and the cycle of implosion increased. Detroit went from the richest city in our nation to one that declined into bankruptcy.

It’s hard to understand why cities would have a dozen Democratic mayors in a row that have failed to turn the tide of failure, and the people keep electing the same party. I was shocked to learn last year that Chicago has a zero chance of electing a Republican mayor because there are no conservative candidates in any race.

This obedience to the liberal agenda translates to people moving from one state to another. The people that decided to escape California for a better state are going to maintain the same voting record that was the reason for them moving. People that move to Texas from California will tend to support leftist candidates. Since Dallas, Austin and Houston have already become leftist-controlled zones, it may only take a few 100,000 new residents from the Golden State to turn Texas blue.

If Texas and Florida become blue states, the nation will become a one-party system. At that point, all 50 states will become just like California, New York, New Jersey, Illinois, and Connecticut. The next step in escaping the madness is to move to another country; but few people have the economic resource to relocate outside the U.S.

The only way we will be able to save America from leftist policies is for people to realize they don’t work and vote en masse for change. New York Mayor Bill De Blasio has clearly failed at his job. His COVID-19 policies have destroyed 60% of the city’s retail space. He hates his own police force while showing only love for the Black Lives Matters Marxists.

De Blasio thinks that higher taxes on the rich is the cure for all problems. “What changes thing is the redistribution of wealth. Tax the wealthy at a much higher rate,” said De Blasio. This reminds me of an old joke: A Socialist walks into a bar and says, “The drinks are on me! Who’s buying?”

Voters will have a lot of choices to make this November, from picking a president and a U.S. senator to dozens of state representatives and local judges. But one of the most important decisions before Illinois voters will be Gov. J.B. Pritzker’s “Fair Tax” amendment.

The ballot initiative will ask voters to approve a change to the state constitution that will allow lawmakers to set a graduated income tax rather than the flat tax that currently exists. According to Democratic lawmakers, 97% of Illinoisans would end up paying less.

The rich are already fleeing the state because Illinois is one of the highest tax rates in the nation. Raising the tax rate another 8% is only going to speed up the exit. Since the government always gets what it needs to operate from taxpayers, that promise to the 97% will quickly turn into a lie.

America’s problems have become so profound, it is hard to expect the voting process could ever be used to set things straight. Any type of political reform would need to come from the churches. The key cause of our troubles is that we have collectively allowed evil people to rule over us.

“When the righteous increase, the people rejoice, but when the wicked rule, the people groan” – (Proverbs 29:2 ESV).