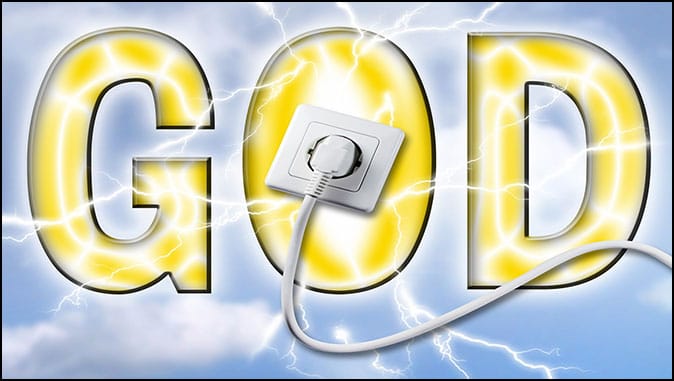 The Power of God
By Daymond Duck

Before I get started, I have read several articles lately that said Microsoft Outlook’s e-mail system had been hacked.

I have also received calls and e-mails from people saying they received an e-mail from me that they could not open.

I answer lots of e-mails every day, but I did not send the e-mails in question, and I do not know how to stop that from happening. (I advise everyone not to open an e-mail from me unless you are reasonably sure that I sent it.)

Moving on, in one of the most famous passages of Scripture, Paul said, “the dead in Christ shall rise first: Then we which are alive shall be caught up [Raptured] together with them in the clouds” (I Thess. 4:16-17).

Here are some Scriptures about the resurrection of the dead:

– Job believed God would raise him with a new body. He said, “And though after my skin worms destroy this body, yet in my flesh shall I see God: Whom I shall see for myself, and mine eyes shall behold, and not another; though my reins be consumed within me” (Job 19:26-27).

– Abraham believed God would raise Isaac from the dead. He took Isaac to Mount Moriah to kill him as a sacrifice, and when he got close, he told those that were with him, “I and the lad will go yonder and worship, and come again to you” (Gen. 22:5). The writer of Hebrews said Abraham was willing to sacrifice Isaac because he believed “that God was able to raise him (Isaac) up, even from the dead” (Heb. 11:17-19).

– Joseph probably believed God would raise him from the dead because he wanted his bones to be buried in Israel, so “Moses took the bones of Joseph with him: for he [Joseph] had straitly sworn the children of Israel, saying, God will surely visit you; and ye shall carry up my bones away hence with you” (Ex. 13:19).

– David believed in the resurrection of the dead. He said, “my flesh also shall rest in hope. For thou wilt not leave my soul in hell; neither wilt thou suffer thine Holy One to see corruption” (Psa. 16:9-10). Peter said, “He [David] seeing this before spake of the resurrection of Christ, that his soul was not left in hell, neither his flesh did see corruption. This Jesus hath God raised up, whereof we all are witnesses” (Acts 2:31-32).

– Isaiah believed God will raise the dead. Concerning Israel, he said, “Thy dead men shall live, together with my dead body shall they arise” (Isa. 26:19).

– Hosea believed God will bring people out of the grave. He quoted God as saying, “I will ransom them from the power of the grave; I will redeem them from death: O death, I will be thy plagues; O grave, I will be thy destruction: repentance shall be hid from mine eyes” (Hos. 13:14; see also I Cor. 15:55-57).

– Daniel believed in the resurrection of the body. He said, “And many of them that sleep in the dust of the earth shall awake, some to everlasting life, and some to shame and everlasting contempt” (Dan. 12:2).

– Matthew said many people were raised from the dead when Jesus was raised. “And the graves were opened; and many bodies of the saints which slept arose, And came out of the graves after his resurrection, and went into the holy city, and appeared unto many” (Matt. 27:52-53).

Those that do not believe in the resurrection and Rapture err because they do not know the Scriptures or the power of God (Matt. 22:29).

Leaked secret WHO documents show that the WHO believed China was covering up its involvement in the spread of Covid.

Trump accused the WHO of cooperating with the coverup.

On Mar. 3, 2021, it was reported that the Biden administration has just sent $200 million to the WHO despite the fact that neither the WHO nor China has done anything to punish those that helped spread Covid.

Biden is reversing Trump’s withdrawal from the coming world government.

Two, concerning the coming global economic collapse: Biden killed more than 11,000 jobs when he stopped construction on the Keystone Pipeline; the U.S. Chamber of Commerce believes he will kill about 6.5 million more jobs with his reentry into the Paris Climate Change Accords; the new Congressional Covid Relief bill will pay cities and states to keep the lockdowns going (more lost jobs); his open border with Mexico is allowing thousands of unemployed people to enter the U.S. (free healthcare, free vaccinations, free food, free travel, stimulus checks, etc.); the cost of food and gasoline for legal citizens is rising; and America’s debt is approaching the $28 trillion mark.

Some financial analysts say the markets are showing signs of alarm over inflation, but Biden’s Treasury Sec. says she knows how to handle it.

World government, famine and economic collapse are coming (but the Rapture comes first).

Three, concerning the latter years and latter days Battle of Gog and Magog, in the last 2 weeks:

– A Libyan oil tanker named the Emerald dumped an estimated 150 or more tons of tar and contaminated waste into the Mediterranean Sea off the coast of Israel that polluted more than 90 miles of Israeli shoreline. A two-week investigation concluded that the Libyan tanker originated in Iran, was destined for Syria, and the pollutants were deliberately dumped near Israel.

– There was an explosion on both sides of an Israeli-owned cargo ship coming out of Saudi Arabia in the Gulf of Oman. The ship and cargo were damaged, but the ship did not sink. Israel blamed the explosions on Iran.

– An Iranian-backed militia in Iraq fired at least 10 rockets at a U.S. base in Iraq that killed a U.S. citizen.

Iran appears to be getting more aggressive since Biden took office.

Four, concerning a departing from the faith and apostasy: in Feb. 2019, Pope Francis announced plans to build the “Abrahamic Family House” in Abu Dhabi.

The “Abrahamic Family House” will have a Church, a Synagogue, and a Mosque (separate places of worship for Christians, Jews and Muslims), and it will have a fourth place for people of all religions to come together as one body.

Readers should know that many prophecy teachers (including this writer) believe the Bible teaches that a godless world religion will be located at the site of the ancient city of Babylon at the end of the age (Zech. 5:1-11; Rev. 17-18)).

On Mar. 6, 2021, Pope Frances was in Iraq (the only Pope to ever visit the land of Babylon, the cradle of civilization.).

The purpose of his trip is to promote peace, coexistence, and brotherhood among all religions.

He spoke to Christians, Muslims, and Jews at the ancient city of Ur (original home of Abraham before God called him to move to Israel).

Francis prayed for peace, but there was no mention of Jesus, the Prince of Peace.

Worship without Jesus is worthless, and prayer in the name of other gods sounds like what is going on in the U.S. House of Representatives.

Anyway, Francis appears to be trying to unite the world’s religions around Abraham (not Jesus).

Some call this new religion Chrislam because it is an effort to merge the faiths of Christianity, Israel, and Islam.

Those that support this new religion will have to abandon or change many of their beliefs (but Jesus is the only way to be saved).

This could be the rise of MYSTERY, BABYLON THE GREAT, THE MOTHER OF HARLOTS AND ABOMINATIONS OF THE EARTH (Rev. 17:5).

During the Tribulation Period, the Antichrist and False Prophet will persecute and kill those that do not go along with Babylon’s harlot religion.

God will respond by calling 144,000 Jewish evangelists, Two Witnesses, and an angel to preach the gospel to everyone on earth.

Realize as you are reading this that the Bible teaches that the global false religion will locate at Babylon when Israel is back in the land, Jerusalem has been rebuilt, the world government will have the ability to track all buying and selling, there will be global pandemics, etc. These conditions are appearing today.

Know too that the Bible story of Abraham is about calling out one man to start a religion to bring forth the Messiah (Jesus), and it has absolutely nothing to do with uniting the religions or creating a one-world religion that replaces faith in Jesus with faith in false gods.

Here is one more thing that caught my attention: While in Iraq, Pope Francis met with Iraq’s Grand Ayatollah Ali al-Sistani (in a secure location about 35 miles from where the ancient city of Babylon was located).

An Iraqi analyst said, “Both the pope and Ayatollah are renouncing violence and killing, and both would like mankind to live in peace, security (peace and safety) and faith.”

The Tribulation Period will begin when world leaders declare peace and safety.

Finally, if you want to go to heaven, you must be born again (John 3:3). God loves you, and if you have not done so, sincerely admit that you are a sinner; believe that Jesus is the virgin-born, sinless Son of God who died for the sins of the world, was buried, and raised from the dead; ask Him to forgive your sins, cleanse you, come into your heart and be your Saviour; then tell someone that you have done this.