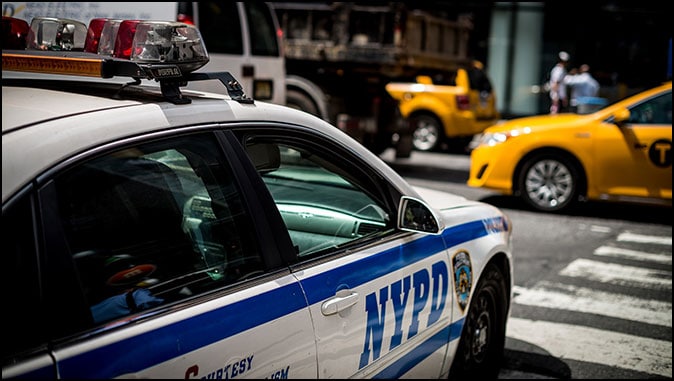 The Police Are Switching to Soft Targets
By Todd Strandberg

The left’s war on law enforcement is driving our nation closer to the point of total civil disorder. For months, they have cheered violent rioters, called for the dismantling of police departments, and demanded the nation’s citizens bend their knees to their agenda. They portray law enforcement members as instigators of violence, and praise hoodlums as defenders of justice.

The Black Lives Matter crowd has become so hateful of the police that routine traffic stops often result in violence. A black guy was being ticketed for parking in front of a fire hydrant, and he began to punch two officers. The police officers didn’t draw their guns because they didn’t want to be the center of another media circus.

The recent FBI alert said, “…pact [was] made by People Nation Gang factions to ‘shoot on sight’ any police officer with a weapon drawn.” These animals are going to the homes of cops to taunt them and their family.

An aggressive mindset on the part of criminals has resulted in cops being shot at in record numbers. Two officers were shot, and the suspected gunman was wounded by police in Chicago. The event was ignored by nearly all major media outlets.

We are now seeing what I predicted six years ago. The police are backing away from the areas that are controlled by BLM and liberal mayors. We’ve come full circle from the days of the KKK. In the early part of the 20th century, the police didn’t go after the KKK because it could get you a conviction. Even in cases where several witnesses identified Klan members that publicly attacked black people, all white juries would refuse to find them guilty.

Since the police need to justify their reasons for still getting a paycheck, they are now going after soft targets. An easy one is people who stand out on social media. In June, Jake Paul was charged with criminal trespass and unlawful assembly after a video showed him at a Scottsdale, Arizona, mall as it was being looted. In a Twitter post, Paul denied that he and anyone else he was with was engaged in looting or vandalism.

Jake Paul has propelled to fame as a brash social media villain. He has earned a fortune by living the life of a hedonist and filming his various stunts. Some of these include lighting fires in his backyard, filling pools with cereal, draining pools and lighting a fires in them, hosting parties on his roof, installing a trampoline on his roof, and making holes in the interior walls of the subject’s property.

When I read that FBI agents had executed a federal search warrant at Paul’s Calabasas, California, home, I could only think about how mixed up we have our priorities. Paul has had so much law enforcement focus on him that he said he is quitting YouTube. This is an announcement he has made in the past.

TikTok stars, Blake Gray and Bryce Hall, seem to have a division of the Los Angeles police focused on their web activity. They have been the subject of several low-level criminal complaints. LA city attorney Mike Feuer held a press conference to announce charges against the pair. Blake Gray and Bryce Hall were charged with misdemeanors after holding two large house parties in defiance of local health orders. The pair could face up to a year in jail and a fine of up to $2,000, according to Feuer.

I watched aerial footage of 30,000 BLM protesters gathered together, and there was zero health concern, but if Gray and Hall have a house party, it’s time to call out the riot squad. The police have become so timid that they go after two guys who just need to grow up.

The softest target I’m most worried about is the Body of Christ. Since the police have so much free time, they found the need to start criminalizing worshipers. The LA county police went after John MacArthur’s church, saying it didn’t have a right to hold worship services. The city even said that MacArthur was in violation of a court order and was being fined several thousand dollars per worship service. A judge said there was no court order, so the city had lied or did not know what it was talking about. What is clearly happening is that God-hating liberals are using the COVID-19 virus scare to target Christians.

It would be a stunning leap into a totalitarian state if we came to realize that a workable vaccine is decades away. Clearly, we are seeing a precursor to the tribulation hour with this move to outlaw Church services. Since Christians have become so weak in their faith, I fear an increasingly evil world will view them as easy prey.

“Then shall they deliver you up to be afflicted, and shall kill you: and ye shall be hated of all nations for my name’s sake. And then shall many be offended, and shall betray one another, and shall hate one another” (Matthew 24:9-10, KJV).