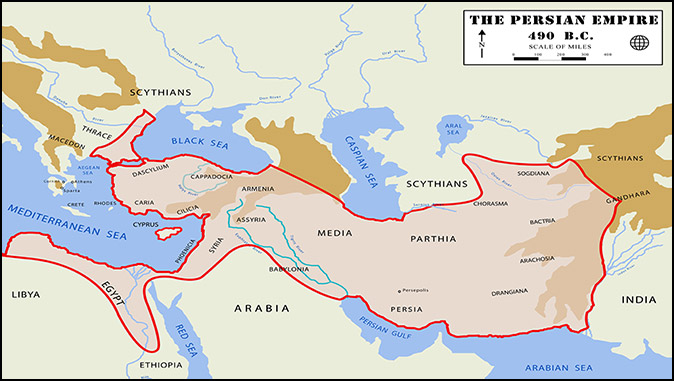 The Persia Factor
By Hal Lindsey

Sometime in the late 1970s, Chuck Smith had a conversation with some Israeli generals. As I know from my own experience, many of them were and are quite curious about Bible prophecy and Israel’s role in it. They asked Chuck about Israel’s end-time enemies. Basing his answer on Ezekiel 38, he told them to watch out for Iran. They laughed. Iran? That was the one nation in the whole region that usually sided with them. Iran was their only friend in the area.

Today, Iran has one of the most powerful armies on earth. They have, or soon will have, nuclear weapons. They have an arsenal of ballistic missiles with which to deliver nukes as well as conventional ordinance. Iran projects its military power across the region. They have mobilized fellow Shia Muslims in Lebanon, Yemen, Iraq, Syria, and elsewhere. They are the number one state sponsor of terror in the world. Despite western sanctions against them, they have lots of money with which they are feverishly improving their military and generally wreaking havoc.

What is their purpose? Most nations want to survive and prosper. But Iran is the spearhead of a religion. They want Shia Islam to become — not just the world’s dominant religion — but the world’s law and government. They have begun their quest in the Middle East, but their ambitions do not end there. They persuade with handouts and propaganda where they can, but they also believe in religious conversion by brute force.

The primary obstacles to their goals can be discerned by listening to their two favorite chants — “death to the United States” and “death to Israel.” Israel blocks their power in the region and the United States blocks their global ambitions. For that reason, Iranian leaders have become obsessed with Israel and the US. But, as a rule, that obsession does not extend to the Iranian people. Like most people, they just want to survive and prosper — and for their children and grandchildren to do the same.

Since the revolution back in 1979, Iran’s clerical leaders have become less and less popular with the Iranian people. Imagine living under a regime with little or no regard for human rights, or for the safety, comfort, and prosperity of its citizens. (Sadly, you might not have to use much imagination since that is becoming more common across the globe.) Those Iranians old enough to remember the Shah of Iran, know that he could be ruthless, but he was a thousand percent better than the present regime.

For some time, we have known Russia was using Iranian drones against Ukraine. They have recently been used in Russia’s vicious attacks on Ukraine’s civilian infrastructure, destroying access to things like water and electricity. For a long time, Iranian officials called such reports “unfounded and unsubstantiated.” They called it “disinformation” from the West. This month, however, Iran finally admitted to supplying a “limited number of drones” to the Russian war effort.

Chuck Smith was right, and so were the rest of us who believed the Bible. Iran is a primary threat to Israel. The Bible also makes clear that Iran’s obsession with Israel will eventually be Iran’s undoing.

The Bible was right about something else, too. For centuries, Russia and Iran (or Persia) were mortal enemies. Today they are friends, growing closer every day. The Bible said this would happen in the last days, and it is happening now.