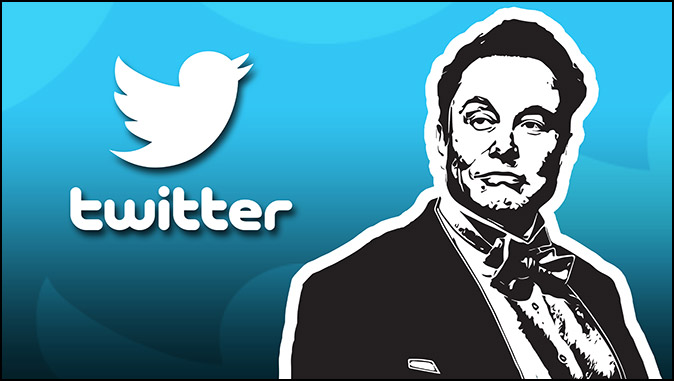 The purchase of Twitter by Elon Musk has caused a huge uproar in the liberal media. Anita Chabria, a reporter for the Los Angeles Times, made the unintentionally funny statement by saying, “Elon Musk made it official — democracy is on life support.”

Chabria claims to be a “firm free speech supporter,” but then she rages on about how a now “unmoderated Twitter may be the tipping point of democracy if we don’t do something quickly.” Her thinking implies that we need to act like Nazis to prevent other Nazis from taking control.

Hank Green once said, “A lot of people who say they want ‘free speech’ actually just want to be the one in charge of which speech is free.”

She made all kinds of wild claims, but this one is the nuttiest: “Within 24 hours of Musk taking over the site, the use of the N-word increased 500%, according to the Network Contagion Research Institute — though Musk claims its moderation policies have not yet changed. Hate has found its home in the middle of our public square.”

Elon Musk has never made a racist remark. The real reason why the use of the N-word is up 500% is that trolls are posting it to test the limits on free speech. Chabria is grasping at straws and could be looking at a potential defamation suit. As the world’s richest man, Musk has the resources to take this dingbat to court.

The left still controls about 90% of all social media platforms, and Twitter is now owned by a guy that has always voted Democrat until this midterm election. Musk has the crazy idea of not wanting to ban all the people on the right.

About three years ago, Twitter shadow-banned me for my political views, and I don’t even know what I said or did to get blackballed. I may have looked at too many of Donald Trump’s tweets. I find all social media sites a huge waste of time.

I ran across a post by a guy named Tom Elliott. He said, “Hey friends, just back from another suspension. As I’ve documented for some time now, @Twitter is targeting me because I’m an effective conservative journalist who frequently undermines political causes their far-left staff is endeavoring to advance.”

There must be a small army of reporters that reads everything that Musk posts. There was an uproar over a tweet that he posted on odd things about the hammer attack on Paul Pelosi. The attacker was in his underwear; the broken glass was on the outside of the door; there is now reporting that Pelosi met the police at the back door, and the San Francisco District Attorney refuses to release any body-cam video. Musk deleted the tweet, but he was guilty of posting “anti-LGBTQ garbage” and “storylines of hate and conspiracy.”

If Paul Pelosi had picked David DePape at a local gay bar and things got weird, we will probably never find out. The now-fired old Twitter staff would have quickly killed any post that had solid information that was pointing in that direction. I don’t care about Mr. Pelosi’s sex life. If Nancy’s allies are going to politicize the actions of a homeless drug addict and BLM supporter as the action of a right-wing hitman, then the truth needs to come out.

Now that Elon Musk owns Twitter, the left is suddenly concerned that Tesla is the only US car manufacturer operating domestically that does not use trade unions. None of the company’s more than 100,000 employees are able to officially bargain over wages and conditions collectively. Musk has defended this model as modern and touted generous salaries and stock options as enough to keep workers happy.

There is one indication that the Biden administration’s free ride with Twitter is at least partly coming to an end. The White House has recently posted a tweet that praised Biden in his leadership for creating the largest increase in social security benefits. Twitter posted a clarification that said the increase was driven by inflation cost of living increases. Because inflation is so high, social security checks need to be higher to keep people from losing spending power.

Several years ago, I wrote an article that promised a great fortune to anyone that created a news site that was conservative. Since the left controls 95% of the media, any news site that is solidly on the right would have a guaranteed audience. In a way, Musk has taken up my challenge, but I’m not sure he is going to see the reward I promised. We are clearly very close to the tribulation hour, so I fear Musk’s attempt at freedom with Twitter is going to be short-lived.

“Stand firm then, with the belt of truth buckled around your waist, with the breastplate of righteousness in place” – (Ephesians 6:14).