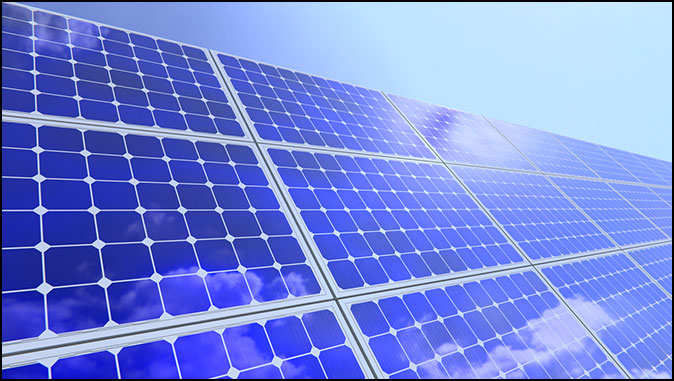 The Illusion of Renewable Energy
By Jonathan C. Brentner

With the intense media focus on COVID-19, one might think that climate change has dropped from the radar screen of the globalists, but such is not the case. The coronavirus has provided them with an easier path to introduce social control to the world; but make no mistake, they have not forsaken global warming.

During the past several years, the globalists’ call for action to combat climate change has come to the forefront of the world through the United Nations’ Agenda 2030 and the Green New Deal (NGD) in the United States. Both these initiatives go far beyond addressing climate change in their directives. If implemented, these initiatives would control the lives of those under their jurisdiction. I wrote about the slavery inherent in the NGD in a previous post.

In this article, I address the myth of renewable energy. The radical left in America and the world tell us we can do away with fossil fuels such as oil, natural gas, and coal and rely solely on renewal sources of energy. In the October 22, 2020 presidential debate, Joe Biden vowed he would work to eliminate fossil fuels in America. Such a promise, however, is an illusion that is not based in reality.

What’s Renewable and What’s Not Renewable?

Although the energy that comes from the sun and the wind is renewable when conditions allow, the windmills and solar panels that capture this energy are not renewable.

Companies construct windmills and solar panels out of materials that come from the earth with processes that require fossil fuels.

Batteries that power electric cars or increase fuel consumption for hybrid cars are not as green as one might think. The materials to build these batteries do not come from renewable sources but require vast amounts of the earth’s resources.

Yes, the wind and sun can provide energy for us. However, the means the capture this power and store it are not renewable, nor do they preserve the environment.

Windmills Do Not Preserve the Environment

As one drives through Iowa on Interstate 80, one sees many windmills doting the landscape, especially west of Des Moines. Windmills also appear in several rural areas across America. But do these help preserve the environment or reduce our reliance on fossil fuels? No.

When one considers the energy needed to create the parts for the windmills, transport them to the location, and establish a foundation for them, it’s quite likely that a windmill requires more energy to make and put in operation than it will produce in its entire lifetime of twenty to twenty-five years.

Consider what each and every windmill requires to put into operation:

– 8 truckloads to deliver the turbine components

To put one windmill in operation requires 900 tons of material as well as a considerable amount of fossil fuel for the trucks to bring all the materials and components to the site. The processes of making the steel and the concrete for the windmill also emit a great amount of carbon dioxide.

Mark Mills in his article, What’s Wrong with Wind and Solar, said this about the usefulness of wind-farms to provide energy, “Building a single 100 megawatt wind farm, which can power 75,000 homes requires some 30,000 tons of iron ore and 50,000 tons of concrete, as well as 900 tons of non-recyclable plastics for the huge blades.”

Once in operation, the windmill’s gearbox requires sixty gallons of oil and someone must frequently change the oil. Each windmill needs at least ten oil changes a year or six hundred gallons of oil to remain operational. Windmill farms are totally dependent on oil to produce energy.

The matter of disposing of worn-out parts from windmills has become a significant problem across the world. Windmills wear out and this creates a great need of landfill space to dispose of them.

Besides the large expenditure of energy needed to put a windmill into operation and problems that come after it wears out, it will kill hundreds of birds during its life expectancy. Is this really an environment friendly solution?

The Problem with Car Batteries

What about electric cars that run on batteries? Does this hold the promise of getting rid of fossil fuels? No. Mark Mills and Alexander Akley explain why batteries for vehicles are not the answer:

“A single electric-car battery weighs about 1,000 pounds. Fabricating one requires digging up, moving and processing more than 500,000 pounds of raw materials somewhere on the planet. The alternative? Gasoline cars require the extraction of one-tenth as much total tonnage from the earth to deliver the same number of vehicle-miles during the same length of time as the battery’s seven-year life.”

Can you imagine the mining of resources necessary to supply just a million cars with batteries? And, the batteries need routine recharging, which at the current time requires traditional sources of energy.

In order to supply food for just the population of the United States, we would need batteries for the millions of trucks that deliver food from the farm and later to the stores. Not only that, we have a multitude of farm tractors and harvesters that use fossil fuel. How is it even conceivable to replace batteries in all the trucks and farm equipment upon which we depend for food?

Not only is it impossible to replace every car, truck, and piece of farm equipment with batteries in the near future, the process itself would wreak havoc on the ecology of the earth with the vast amount of mining it would require.

In such a world, the price of energy to heat and cool our homes would skyrocket as would the cost of groceries as it would be incredibly more expensive to get food to our stores.

The Problem with Storing Energy

Another obstacle for relying solely on wind and solar energy is the need for batteries to store the energy when the sun’s not shining or the wind’s not blowing. This further demonstrates the illusion that we can depend on renewable energy and eliminate our need for fossil fuel.

Mark Mills had this response to those who think batteries are the answer to store energy.

“But in the universe that we live in, the cost to store energy in grid-scale batteries is, as earlier noted, about 200-fold more than the cost to store natural gas to generate electricity when it’s needed. That’s why we store, at any given time, months’ worth of national energy supply in the form of natural gas or oil.

“Battery storage is quite another matter. Consider Tesla, the world’s best-known battery maker: $200,000 worth of Tesla batteries, which collectively weigh over 20,000 pounds, are needed to store the energy equivalent of one barrel of oil. A barrel of oil, meanwhile, weighs 300 pounds and can be stored in a $20 tank. Those are the realities of today’s lithium batteries. Even a 200% improvement in underlying battery economics and technology won’t close such a gap.”

Supplying the needed batteries just to store the energy needs of America would require epic amounts of mining throughout the world and destroy countless ecosystems. Dependence on batteries to store energy does not preserve the environment; it’s much more destructive on it than our current reliance on fossil fuels.

In Psalm 24:1-2, David wrote, “The earth is the Lord’s and the fullness thereof, / the world and those who dwell therein, / for he has founded it upon the seas / and established it upon the rivers.”

The climate alarmists of our day deny the creation story and God’s continuing sovereignty over the world He made. In the chapter I wrote for Lawless: The End Times War Against the Spirit of the Antichrist (release date is 11/2/2020), I point out how the radical environmentalists of our day worship the creation rather than the Creator. As a result, their darkened minds cannot comprehend the story of creation in Genesis 1-2 and the ramifications of the Fall (Gen. 3) and the flood (Gen. 6-8).

The climate alarmists thus fix all their hope on a world that is perishing rather than on the promises of God, especially His message concerning the future of the earth during the millennium and eternal state.

Here is what I wrote about these verses in my chapter for Lawless:

Not only do the climate alarmists deny God’s glory in creation, they miss the centrality of the Son in everything they see. Notice the apostle says that it’s in Jesus that “all things hold together.” He is the One who sustains nature! Hebrews 1:3 says that Jesus upholds “all things by the word of His power.” Jesus literally holds the entire universe together by His power!

The climate alarmists tell us we must take immediate and radical measures to save the planet. The Bible tells us Jesus is the One who preserves the earth! We have sacred responsibilities as caretakers of His amazing gift to us, but Jesus is the One who sustains the universe and will someday restore creation to its original glory.

The Urgency of Our Day

For those outside of Christ, now is the time to place your faith in Him. John 3:16 says, “For God so loved the world, that he gave his only Son, that whoever believes in him should not perish but have eternal life.” Just hours before His death on cross in our place, Jesus said, “I am the way, the truth, and the life. No one comes to the Father except through me” (John 14:6).

I love the simplicity of the Apostle John’s words in 1 John 5:11-12: “And this is the testimony, that God gave us eternal life, and this life is in his Son. Whoever has the Son has life; whoever does not have the Son of God does not have life.” Knowing Jesus as your Savior equals eternal life.

Please do not delay; call upon Him now! Tomorrow may be too late.

For those of you securely in the arms of the Savior, now is the time to recognize you may soon be with Jesus in paradise via the rapture. Now is the time to hold your future dreams and aspirations loosely in your hands. I am not at all saying it’s wrong to plan for the future or dream or carry on with our lives, but we must do so with hearts and minds open to biblical prophecy and our eyes to the growing storm clouds that at some point will threaten our livelihoods and perhaps our lives.

We live in dangerous times as the shadow of the tribulation grows darker every day. The violence on our streets may get much worse after the November 3 election in the United States.

Stay close to the Savior as tumultuous days come our way and maintain a tight hold on the many assurances of God’s Word regarding Jesus’ soon appearing and the joys of eternity.