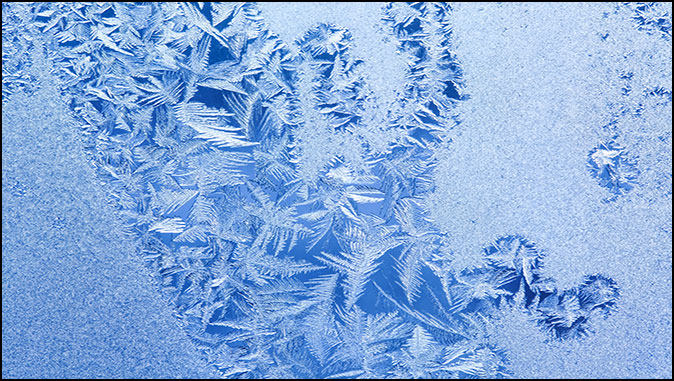 The Great Cold Blast of 2021
By Todd Strandberg

There was a general belief on the part of most people that 2020 would stand as a year where a chain of disasters all occurred during the same year. The historical run of major disasters has now followed us into 2021, with a cold blast that set over 3,000 records.

I had a first-hand view of the disaster from my home here in Arkansas. When I moved down here from Nebraska, I quickly realized the deep south doesn’t handle cold weather very well. If you don’t cover up your crawl space vents, your water pipes can freeze and rupture. From the 11th of to the 21st of February, the thermometer was below 32 degrees.

We set so many records, I lost track of many of them. We had three days in a row with record lows, we had a record amount of snow on the ground from two back-to-back weather events, and we had record peak electricity demand for any winter season. The record I didn’t want to see is how cold the water was coming out of my faucet. When it dropped from the upper 40’s to the low 30’s, I knew my pipes might freeze. While I was monitoring the cold faucet, old man winter froze up my hot water pipe. After an hour of using a space heater in my utility closet, the hot water finally coughed back to life.

To top off my experience, the city told all residents to boil their water. A main pipe had ruptured, which allowed untreated groundwater to leak into the system.

Even the hardy United States Postal Service had to call it quits because of the cold and 20 inches of snow that clogged the streets. The Postal Service said, “…in an abundance of caution, and to ensure the safety of both postal customers and employees, the Arkansas District is temporarily suspending retail and delivery operations.”

I’m sure many of my readers in Texas would gladly switch locations with me. Rolling power outages and outages from ice affected a large section of the state. At the peak, there were nearly 4.2 million Texas customers without power.

The great need for electricity and natural gas generated a huge price spike for these commodities. Wholesale power for delivery was trading at anywhere from $3,000 to $9,000 a megawatt-hour in some places. A megawatt-hour is normally priced around the $25 range. Oklahoma natural gas prices have swung anywhere between $50 to the high of $600 per mmBtu. Gas normally sells for three dollars per mmBtu.

Many producers of natural gas made huge profits on the massive price rise. The owner of one producer estimated that his company brought in $600,000 to $700,000 a day — up from just a few thousand dollars a day. That’s enough to make conventional wells drilled years ago, and all but forgotten, profitable again. “We’ve got a roustabout crew hooking up wells that are so old they were disconnected,” he said.

The blackouts in Texas were the result of a cascade of events. Massive failures occurred at natural gas plants as the product froze up, along with failures at coal and oil sources. Wind turbines and solar panels also got knocked out, and a major nuclear plant lost half of its generating capacity.

I don’t normally open any of my gas or electric bills, but I will when I get the next month’s bill. Some people in Texas are getting billed as much as $17,000. This is an insane level of price gouging. It is just plain greed to sell something at a 200 times markup.

As warmer Pacific air invades the south, prices have come down about 90% according to ERCOT, Texas’ largest power company. The parent of a boy who died of hypothermia is suing the local utility for $100 million. As the south thawed out, many residents had their homes flooded with water from ruptured pipes.

I think the Great Cold Blast of 2021 will not stand long in people’s memory. In a few months, we will likely be on to our next disaster. Few people take the time to ask themselves, Why are all these disasters happening in such a short period of time? The only answer that I can find is Bible prophecy.

“Watch out,’ replied Jesus. ‘Don’t let anyone deceive you. You see, there will be several who will come along, using my name, telling you ‘I’m the Messiah!’ They will fool lots of people. You’re going to hear about wars, actual wars and rumoured ones; make sure you don’t get alarmed. This has got to happen, but it doesn’t mean the end is coming yet. Nations will rise against one another, and kingdoms against each other. There will be famines and earthquakes here and there. All this is just the start of the birthpangs” (Matthew 24:4-8).