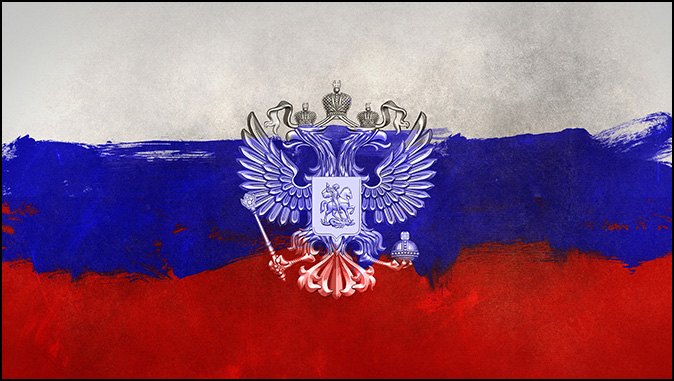 The Gog Factor
By Terry James

Everything north of Israel is shaping into a configuration that my great, late friend, Chuck Missler, would have found interesting and, as he would put it, “provocative.”

He did a lot of research and put much study into the Ezekiel 38–39 prophecy. He would have found, well…provocative…how things in the regions above God’s chosen nation have lined up for fulfillment of Bible prophecy. He wouldn’t have been surprised, but totally fascinated, and would be stimulating us with his superbly intelligent diagnoses and prognoses of things, things that are, and things that are to come.

Particularly of interest to him would be an in-depth look at the prophetic character known as “Gog” of the Ezekiel foretelling of the Gog-Magog invasion of Israel.

In one of his many writings on who Gog might be, without ever naming anyone in particular as a definite person he thought it would be, he wrote:

Amos 7:1 in the Greek translation reads a little differently: “The Lord hath shewn me and behold a swarm of locusts were coming, and behold one of the young devastating locusts was Gog the King.”

When I discovered this, Hal Lindsey and I dug into some research. The locusts in Revelation 9 have a king, Apollyon or Abaddon, but Proverbs 30:27 says that locusts have no king. So these locusts are not natural locusts; they are demon locusts. If that’s the case, then Gog, who is the king of the locusts, is a demon king. (“The Magog Identity,” Chuck Missler, Koinonia House)

Missler, then, it can be accurately said, helped establish among many Bible prophecy scholars and students that the term “Gog” is descriptive not of a particular human being, but of a demonic entity. Certainly the character described in God’s Word will be driven by satanic force to attack God’s chosen people. Gog is a demon spirit that indwells the leader of the force that will make that fatal plunge into the area called “over the mountains of Israel.”

A question we can ask to help us do our own look into these times is: “Do we see any indication of such demented-type thinking among leaders of key nation-states in Ezekiel’s prophecy about the Gog-Magog assault on Israel?”

It’s a good question, to be sure. We’ve seen in the past few years the development of upside-down thinking that is described precisely by God’s own words through the Apostle Paul. We cannot dismiss His diagnosis and prognosis of concerning humanity’s collective dementia, both in the spiritual realm and in the human, cognitive realm. We have lived through that development hour by hour, particularly on social media forums such as Twitter and other channels of often insane rantings.

Here is God’s condemnation of those who turn their backs on Him.

“And even as they did not like to retain God in their knowledge, God gave them over to a reprobate mind, to do those things which are not convenient; Being filled with all unrighteousness, fornication, wickedness, covetousness, maliciousness; full of envy, murder, debate, deceit, malignity; whisperers, Backbiters, haters of God, despiteful, proud, boasters, inventors of evil things, disobedient to parents, Without understanding, covenant breakers, without natural affection, implacable, unmerciful: Who knowing the judgment of God, that they which commit such things are worthy of death, not only do the same, but have pleasure in them that do them.” – (Romans 28–32)

So the question, again, in light of the fact we are in times like that of the antediluvians and of Lot’s time in Sodom, is appropriate. “Do we see any indication of such demented-type thinking among leaders of key nation-states in Ezekiel’s prophecy about the Gog-Magog assault on Israel?”

Russia is the most front and center in this matter — the question of the Gog-Magog assault prophesied by Ezekiel. Almost certainly, Russia and its leader will be at the forefront of the attack. The leader of the assault at the time of the prophecy’s fulfillment will be the leader of Russia.

Many have expressed that Russia’s current president, Vladimir Putin, will be the leader of this force. I don’t necessarily believe Putin is that man, but certainly hold that he could be, considering that the obvious nearness to the very end of the Age of Grace is upon us.

That man, whomever he is, will be indwelt by the demon spirit “Gog” at the time of the attack. Recent reports by those observing Putin have some interesting things to say about this powerful former Soviet KGB agent and now leader of Russia.

A Russian oligarch with close ties to the Kremlin confessed to a Western colleague that Vladimir Putin is “very ill with blood cancer”, according to a report.

The billionaire, whose name has been withheld for his safety, was allegedly secretly taped in mid-March expressing his contempt for the “crazy” Russian president’s invasion of Ukraine…

“The problem is with his head. One crazy guy can turn the world upside down.”

Russia’s secret service is said to have circulated a memo to regional chiefs around the time of the recording ordering them to ignore rumours about Putin’s health.

Footage emerged in April in which Putin’s hand appeared to shake uncontrollably while he firmly gripped his chair.

Earlier that month, an investigation suggested he was under near-constant supervision by a cancer surgeon and other specialist doctors who would typically monitor a cancer patient.

Speculation over the nature of his possible ailments has varied from Parkinson’s disease to cancer of the thyroid, a gland in the neck that controls heart rate and body temperature.

Reports of Putin having mental issues are becoming more frequent. Whether these are true can’t be verified. What is true is that the one who will be possessed by the Gog demon will “think an evil thought,” as Ezekiel puts it.

In the US, the reports of the American president suffering from possible cognitive issues are rampant. All we have to do to investigate these accounts is to watch his public appearances and judge for ourselves individually as to their veracity.

The demonic powers and principalities are at work; this is easy for discerning Christians to determine. The spirit of Antichrist is everywhere we look on the prophetic horizon. The “Gog factor” is something to be considered while we watch the hourly news move throughout the various platforms.

For the believer, the “Gog factor” being on the prophetic horizon means the “Rapture factor” is even more profoundly in view.

“And when these things begin to come to pass, then look up, and lift up your heads; for your redemption draweth nigh.” – (Luke 21:28)

The Biden Administration is Beyond Embarrassment