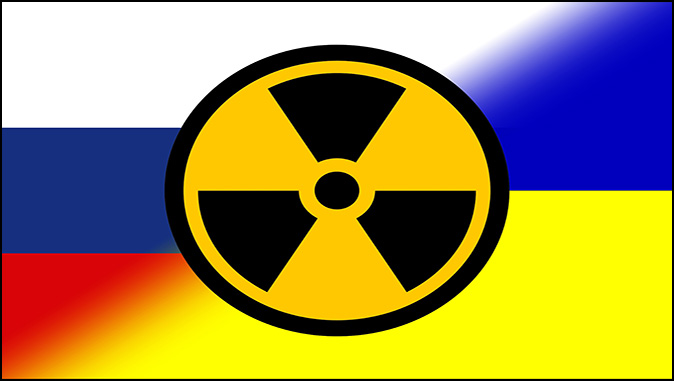 The Global Threat of Putin’s Deterioration
By Hal Lindsey

Jesus said that war and rumors of war would mark the time before His return. Skeptics point out that there have always been both. Jesus clearly meant that end-time wars and messages about them would somehow be more extreme. With the use of atomic weapons, war changed at the end of World War II. Those weapons have not been used in battle since then, but thousands have been made and, through the years, made even deadlier. With the fall of the Soviet Union, most people were lulled into thinking the world was safe from nuclear destruction. But it isn’t true.

This year things have grown much worse. It’s not just that the war in Ukraine involves a nation loaded to the teeth with hydrogen bombs. During the nuclear era, both the United States and Russia fought various wars. The difference this time is the deterioration of the man with his finger on the nuclear button.

A few days ago, Vladimir Putin gave a warning to those nations helping Ukraine. “If someone intends to interfere in what is going on from the outside, they must know that constitutes an unacceptable strategic threat to Russia. They must know that our response to counterstrikes will be lightning fast. Fast. We have all the weapons we need for this. No one else can brag about these weapons, and we won’t brag about them. But we will use them.”

Over the last few years, Putin has made several direct and indirect threats to use nuclear weapons. But now the threats come almost every week. At the same time, intelligence sources are warning about significant changes in the man who runs Russia. Putin has become more erratic. His decisions are increasingly paranoid and self-destructive.

The former Russian spy Boris Karpichkov claims Putin is “obsessed by paranoid ideas…. He sees literally everyone, including those inside the Russian security services and even inside his close inner circle, to be ‘traitors.’” More concerning still, Karpichkov claims that Mr. Putin suffers from the early stages of dementia.

The Russian president’s recent appearances on camera illustrate the fact that something is terribly wrong. He appears bloated and uncomfortable. He has been seen gripping the desk before him with white knuckles for extended periods. After watching a video of Putin, a body language expert from Texas Tech University, Professor Erik Bucy, said, “It’s an astonishingly weakened Putin.”

Yevgeny Selivanov, a surgeon at Moscow’s Central Clinical Hospital, is reported to have met Putin at the leader’s Black Sea resort some thirty-five times. Selivanov wrote his thesis on the “treatment of elderly and senile patients with thyroid cancer.”

Putin has always been extremely self-centered, with a touch of paranoia. But Russia’s disastrous invasion of Ukraine seems to have amplified his paranoia to new levels. He may also suffer from cancer and Parkinson’s disease, along with early dementia. In his deteriorating mental and physical state, he may be feeling that he has little to lose.

And he controls the largest arsenal of nuclear weapons on the planet. He’s fighting a major war in Europe. And he regularly threatens the whole world with his nuclear weapons. There has never been a threat like him in the history of the world. Surely his present war and the war he threatens qualify as new and more extreme kinds of war and rumors of war. According to the Bible, it will get worse before it gets better.

But this is a “lift up your heads” kind of moment. We should see the Putin-threat as another sign of the times. Combined with all the other signs, it seems obvious that we are getting close to the time of Christ’s return. And that, friends, is good news!