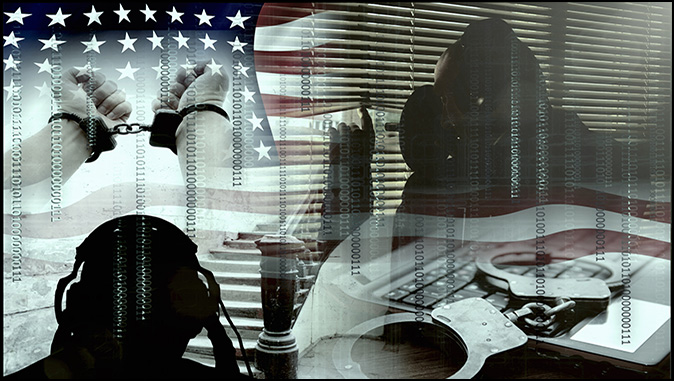 The FBI Is Turning into the KGB
By Todd Strandberg

The Federal Bureau of Investigation (FBI) is the domestic intelligence and security service of the United States. It has a range of legal authorities that enable it to investigate federal crimes and threats to national security, as well as to gather intelligence and assist other law enforcement agencies. Operating under the jurisdiction of the United States Department of Justice, the FBI reports to both the Attorney General and the Director of National Intelligence.

The FBI grows out of the need to provide agencies across the country with information to identify known criminals. The 1901 assassination of President William McKinley created a perception that the United States was under threat from anarchists. The Departments of Justice and Labor had been keeping records on anarchists for years, but President Theodore Roosevelt wanted more power to monitor them.

During the “War on Crime” of the 1930s, FBI agents apprehended or killed a number of notorious criminals who committed kidnappings, bank robberies, and murders throughout the nation, including John Dillinger, “Baby Face” Nelson, Kate “Ma” Barker, Alvin “Creepy” Karpis, and George “Machine Gun” Kelly.

The FBI doesn’t have a spotless record. During World War II, thousands of Japanese Americans were put into internment camps. On February 19, 1942, President Franklin Roosevelt issued Executive Order 9066, authorizing the removal of Japanese Americans from the West Coast. Anyone who refused to go into confinement was arrested by FBI Agents.

During the 1950s and 1960s, the FBI was mostly on the wrong side of the civil rights movement. FBI officials became increasingly concerned about the influence of civil rights leaders, whom they believed either had communist ties or were unduly influenced by communists. The FBI has been criticized for inaction on solving the murders of George W. Lee, Emmett Till, and other blacks in the South. The Bureau sent out anonymous “suicide letters” to Black leaders, which included the Rev. Dr. Martin Luther King Jr.

Neither executive privilege nor the oversight power of Congress is explicitly mentioned in the United States Constitution. However, the Supreme Court of the United States has ruled that executive privilege and congressional oversight each are a consequence of the doctrine of the separation of powers, derived from the supremacy of each branch in its own area of Constitutional activity.

If Congress or the courts could demand any executive-branch communication at any time, the executive would no longer be fundamentally equal in power to the other two. The president couldn’t trust his executive-branch employees if everything he said to them could be made public.

Executive Privilege suffered a huge blow when the FBI helped take down Michael Cohen. He served as an attorney for U.S. President Donald Trump from 2006 to 2018. Cohen was a vice-president of the Trump Organization and the personal counsel to Trump and was often described by the media as Trump’s “fixer.”

The FBI raided Cohen’s office at the law firm of Squire Patton Boggs, as well as his home and his hotel room in the Loews Regency Hotel in New York City. They were looking for dirt and found a few minor offenses. Once Cohen pleaded guilty to tax evasion and campaign finance violations, he became the left’s stool pigeon. It was troubling to see the president’s former attorney on TV telling Congress that Donald J. Trump is the evilest man who ever lived.

Former White House trade adviser Peter Navarro was the latest target of the feds. FBI agents arrested Navarro at Reagan National Airport last Friday on a pair of misdemeanor charges that he acted in contempt of Congress by defying a subpoena from the Jan. 6 House select committee. The vast majority of news stories failed to mention that executive privilege was Navarro’s reason for not complying with the subpoena.

Navarro lives a few blocks away from the FBI headquarters. Agents waited until he was at Reagan National Airport so they could arrest him in a true Nazi thug manner. When the FBI arrested Roger stone, they arrived at 6:00 AM with AR-15s and a CNN film crew in tow.

The Bible frequently praises government leaders as His servants. When they look after the needs of the people, the FBI is a valuable resource for law enforcement. Today, the FBI has become an extension of the democratic party. The Trump administration had to deal with one crisis after another from politically motivated investigations. The Biden administration has become an even bigger mess. The FBI is still largely focused on Trump and the Jan 6th protesters. Corruption is spreading throughout the financial system because of the lack of oversight.

We’ve lost all respect for fairness and trust in the implementation of the law. The ability to use government agencies to go after political enemies is the fast track to tyranny. Someday we will wake up and find that America has turned into a third-world nation.

“For he is God’s servant for your good. But if you do wrong, be afraid, for he does not bear the sword in vain. For he is the servant of God, an avenger who carries out God’s wrath on the wrongdoer” (Romans 13:4 ESV).

“When the righteous increase, the people rejoice, but when the wicked rule, the people groan” (Proverbs 29:2 ESV).

Will An Economic Pearl Harbor Destroy America? By Britt Gillette On December 7, 1941, Japan…

The Left’s Meltdown Over Elon Musk’s Purchase of Twitter