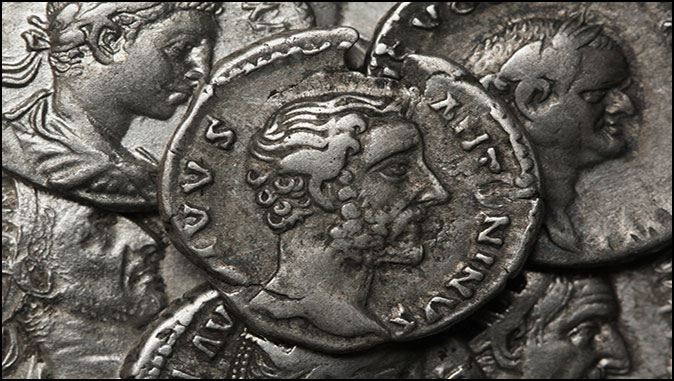 The Deadly Tax
By Hal Lindsey

The third of the “Four Horsemen of the Apocalypse” is usually known as “Scarcity.” It might also be called “Inflation.” Revelation 6:6 describes a situation during the seven years of tribulation. “A quart of wheat for a denarius, and three quarts of barley for a denarius.”

A “denarius” represents a day’s pay. Imagine working all day for a quart of wheat or three quarts of barley. This denotes scarcity, but also inflation. Money won’t buy what it used to.

Americans experienced heavy inflation in the 1970s. But that is nothing compared to the hyperinflation experienced by Venezuelans over the last few years. From 2016 to 2019, the inflation rate in Venezuela rose to 53 million percent. That’s not a typo. The number comes from the Central Bank of Venezuela. Can you fathom what such inflation would do to a savings account or to anyone on a fixed income? We Americans remember “double-digit” inflation as a nightmare. They experienced “eight-digit” inflation!

In the last few months, inflation has again become noticeable in the United States. Also, for the first time in a long time, Americans have seen shortages of important commodities. Both the shortages and the inflation seem to be getting worse. The question is, how bad will it get?

The answer doesn’t look good. On Friday, May 28th, the Biden Administration submitted a new budget proposal to Congress. According to USA Today, “The budget projects the federal debt would increase, relative to the size of the economy, to a higher level than during World War II.”

Venezuela and many other countries trace their hyperinflation to high government debt. High debt forces governments to create money to pay their debts. Vast amounts of money enter the economy, but that money loses value.

The US Federal Reserve controls the money supply in the United States. But where does the Fed get its money? According to Investopedia, “The Fed creates money through open market operations, i.e. purchasing securities in the market using new money, or by creating bank reserves issued to commercial banks.”

They “create money.” They are “creating bank reserves.” They make “new money” as needed. They still print cash, but that’s a small part of today’s money supply. Most money today is digital. Partially in response to the Covid-induced economic slowdown, the Fed has been creating a lot of money. Meanwhile, the government has been spending money at staggering levels.

This spending spree is not just happening in the United States. It is a worldwide phenomenon. That means the whole globe could be headed for a financial crisis of massive proportions. According to Revelation 13, the Antichrist and False Prophet will come to control the global economy. It sounds like the world will be in such great financial desperation that they will give the planetary power of the purse to their new leader. We seem to be headed for such a crisis. And in Venezuela, they learned that it can happen fast.

Is it time for despair? Not if you are a disciple of Jesus. He made certain promises to you. Those promises do not depend on the monetary policies of your country, or the value of the money in your savings account. In times like this, it’s important to lean into Him. Trust Him. Walk in His grace.

Don’t let the signs of the times make you afraid. Instead, allow them to give you confidence that the God who promised to take care of you is still in charge. Things are happening exactly as He said they would.