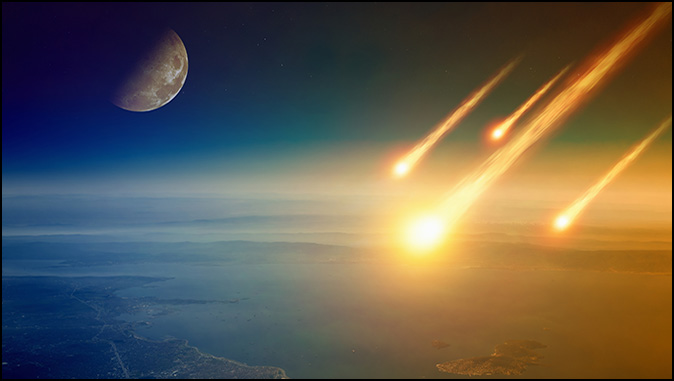 The Darkness Will Not Last
By Hal Lindsey

Stephen Hawking was the most famous scientist of his generation. The author of A Brief History of Time died in 2018. Near the end of his life, he became something of a prophet of doom. In his last years, he pointed out several threats to human civilization and even to human existence. In 2014, he wrote, “The development of full artificial intelligence could spell the end of the human race.” In 2015, he said, “Aggression…threatens to destroy us all.”

He was not alone in his concerns. Films, music, books (both fiction and nonfiction), news reports, and even video games are filled with apocalyptic horror. And the answers — especially the fictional ones — are not particularly comforting. In real life, few people expect a superhero to save the day. (A Savior is coming, but He doesn’t wear an S on His chest.)

Some concerns are valid, and some are not. But all of them show that humanity senses its sin and fears coming judgment. They don’t use the word sin, but they talk a lot about the concept. However they express it, they show a growing realization that, as a species and as individuals, we are missing the mark. And some form of judgment must come.

There is an upside to judgment. It means that God is real, and so are His standards. It means the world is not an accident. You are not an accident. He created each one of us with purpose and meaning. We all sense these things to be true, but God gave us more than an intuition. He gave us the Bible. And He verified the Bible’s trustworthiness over and over again.

Hebrews 1:1 (NIV 1984) says, “In the past God spoke to our forefathers through the prophets at many times and in various ways.” The prophets correctly described events that would take place a short time later, or even thousands of years later. Their words focused primarily on the first and second comings of Jesus. They spoke of our time in stunning detail.

They didn’t get these things right because they were good guessers. No one can make that many good guesses. They got it right every time because God spoke through them.

We see an example of the ultimate expression of God’s love in John 3:16 (NKJV). “For God so loved the world that He gave His only begotten Son, that whoever believes in Him should not perish but have everlasting life.”

Yes, we are guilty. We are sinners. We deserve judgment. But, as 1 Peter 2:24 (NASB) explains, “He Himself bore our sins in His body on the cross.” In John 14:3, He promised to all who follow Him, “I will come again, and receive you to Myself.”

The news is often bleak. Those who reject Christ are right to feel a sense of impending doom. But followers of Jesus must know that the darkness will not last. The Lord will rapture His people out of this mess. Later, He will return to earth to set up His millennial kingdom. The world will move out of darkness and into light. Jesus promised, and He always keeps His word.