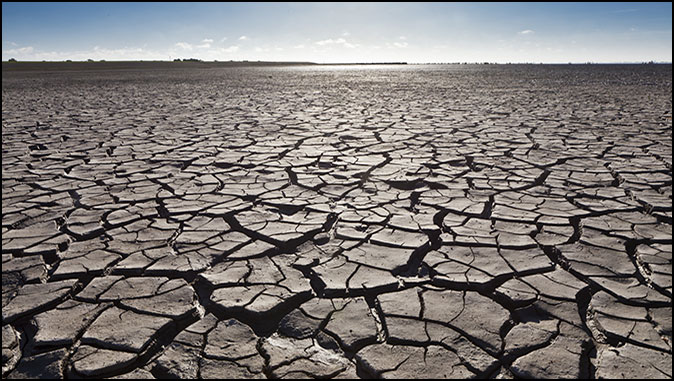 Sometime around 4,000 years ago, the Pharaoh of Egypt summoned an imprisoned slave named Joseph. Two dreams bothered Pharaoh, and none of his magicians or wise men could interpret them (Genesis 41:1-8). In his first dream, Pharaoh saw seven fat, healthy cows grazing by the Nile. Then seven thin cows appeared and ate the seven fat ones. In his second dream, Pharaoh saw seven large, beautiful heads of grain. Then seven shriveled heads of grain appeared and swallowed up the first seven.

Pharaoh asked Joseph to interpret the dreams. “I don’t have the power to do this,” Joseph told him. “But God does, and He can tell you what it means.” Joseph went on to tell Pharaoh the meaning of the dreams. He said seven years of famine will follow seven years of plenty.

In response, Pharaoh made Joseph the second most powerful man in Egypt (Genesis 41:40). He put him in charge of the land, and Joseph collected one-fifth of the food produced for the next seven years. He stored up massive amounts. When the famine came, it hit neighboring nations hard. People from the lands all around Egypt came to buy grain from Joseph (Genesis 41:57).

Eventually, the people ran out of money. They had nothing to buy food. So they gave Joseph their livestock in exchange for food (Genesis 47:17). When their livestock was gone, they offered their land and themselves (Genesis 47:19). Before long, Pharaoh owned all the land in Egypt (Genesis 47:20). The people became his slaves, and Pharaoh’s power multiplied.

Like many stories in the Bible, the story of Joseph and Pharaoh is also a symbolic prophecy. It foreshadows a coming time of great famine when, like Pharaoh, one man will gather immense power over the known world.

The seven lean years of Pharaoh’s dream mirror the seven year period known as the Tribulation. Like the seven lean years, the Tribulation will begin with widespread famine. And in an effort to survive, people throughout the world will willingly give their power and wealth to one man – just as they gave their power and wealth to Pharaoh four thousand years ago. Do we have any reason to believe such a famine is on the horizon? Unfortunately, we do.

The political push to move away from fossil fuels to renewable energy, coupled with the supply/demand distortions caused by the COVID shutdowns, has resulted in much higher energy prices. This is particularly true in Europe where the accelerated push for green energy has led to a surging energy crisis. What does this have to do with rising food prices?

As a popular site points out in this article:

The rising cost to grow food then impacts the feed cost for cattle, hogs, chickens, and other animals. This means higher costs for meat producers. Throw in increased costs for transportation, a global shortage of workers, and pandemic-induced supply chain problems, and the rising cost of food doesn’t show any signs of slowing down soon.

Global supply chain issues are another reason we see rising food prices, but the broken supply chain is the primary reason many grocery store shelves have gone bare. While increased demand due to COVID lockdowns and hoarding play a factor, the majority of these shortages are due to problems rippling through the global supply chain.

In some cases, a lack of key inputs such as aluminum, cardboard, or artificial sweeteners means manufacturers can’t produce or package certain items at the scale they used to (if at all). This results in fewer available products, and thus, empty shelves.

Supply chain problems have also resulted in a global shortage of urea. Not only is urea a key component in fertilizer, it’s also a key ingredient in the diesel exhaust fluid AdBlue. AdBlue is used in cars, trucks, buses, and other vehicles equipped with a selective catalytic reduction (SCR) system for reducing emissions. All the diesel vehicles in South Korea and Australia use AdBlue, and China supplies 97% of South Korea’s AdBlue and 80% of Australia’s. Due to the rising cost of fertilizer (and the need to feed more than a billion people), China recently banned the export of urea. This has taken a heavy toll on AdBlue inventories in those countries and the dwindling supplies threaten to wreak havoc on their economies, which are currently the 10th and 13th largest in the world.

Even worse, if Australia and South Korea can’t source new supplies of urea, and they run out of existing inventory, all their trucking will come to a standstill. If trucking stops, their grocery store shelves go bare, and the real prospect of a famine in these advanced economies will become a reality. Given the severity of the situation, we really need to wonder, why would China take such a drastic measure?

With such a large population, it makes sense for China to be concerned about rising fertilizer and food prices. Hungry populations revolt, and China’s government fears a revolution. From that standpoint, a ban on the export of urea makes sense as it’s a critical component in growing food. But China’s recent actions go beyond the urea export ban.

According to Nikkei Asia, China is also hoarding massive amounts of grain. In an article titled “China Hoards Over Half the World’s Grain, Pushing Up Global Prices,” they point out China (which has only 20% of the world’s population, is expected to have “69% of the globe’s maize reserves in the first half of crop year 2022, 60% of its rice and 51% of its wheat.” The article speculates one of the reasons for China’s food stockpile is to offset “food uncertainties due to factors such as its deteriorating relations with the U.S. and Australia, which could drastically alter the import environment.” In other words, since China doesn’t produce enough food domestically to feed itself, it needs to stockpile enough food in case imports from the U.S. and Australia go away. The question is, why would they go away?

“Rumors of war” have been common since the end of World War II, but the current situation is different. Rarely have we seen the prospect of several high profile conflicts erupting at the same time. China threatens to invade Taiwan on an almost daily basis. If China does invade, the United States claims it will defend Taiwan. This means two major nuclear powers could potentially go to war. Could that be why China is hoarding food? Even if an invasion of Taiwan doesn’t result in a U.S. military response, it would almost certainly lead to major economic sanctions from the U.S. and Australia. Is this an indication China is preparing for an invasion?

The probability rises every day, especially due to U.S. involvement in the current Russia-NATO dispute over Ukraine. If Russia invades Ukraine, and the U.S. does nothing after saying it would defend Ukraine, then China may feel emboldened to invade Taiwan. And if the U.S. does defend Ukraine, China may believe the U.S. is too distracted to defend Taiwan and seize the moment to invade.

Meanwhile, Iran and Israel continue to generate their own rumors of war. If any of these areas erupt into war, the result will be a disaster for the global economy. Oil prices will go much higher. Global trade will contract. Supply chains will break down even further, and food prices will skyrocket. Worse than that, a major conflict could lead to food shortages throughout the world. Is this what China is preparing for?

While these events may or may not plunge the world into a worldwide famine in the near future, the Bible is clear – a global famine will strike the world during the Tribulation. This famine will follow a global war (Revelation 6:4). In the aftermath of this war, destruction will be widespread. People will be scattered. The global supply chain will be in ruins.

The Bible describes this famine in detail (Revelation 6:5-6). Riding on a black horse and holding a pair of scales, Revelation 6 says a voice calls out, “A loaf of wheat bread or three loaves of barley for a day’s pay. And don’t waste the olive oil and wine.” This indicates a global famine.

The rider’s scales suggest a need to carefully measure and ration the food supply. We know because the voice that calls out indicates a scarcity of food. Three loaves of barley are about one pint. Many believe this is the minimum amount of food needed to survive. Yet this verse is telling us a time is coming when an entire day’s wages will only buy enough food to survive.

When this happens, it’s possible the Genesis story of Joseph and Pharaoh will play out a second time. Desperate for food, most of the world will willingly give their wealth and power to anyone who can feed them. Just as in ancient Egypt, when the dust finally settles, one man will control everything.

The signs of the times are all around us. Jesus is coming.