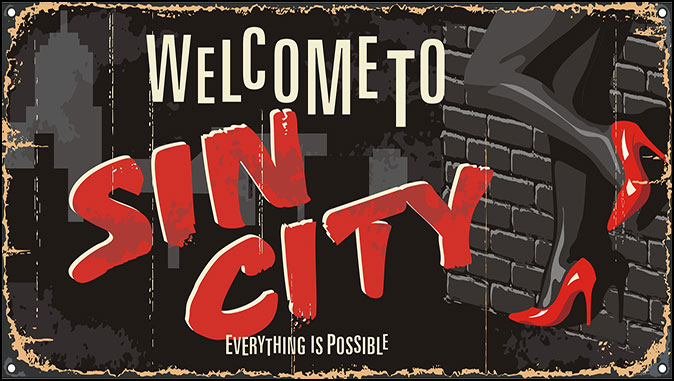 The Causal Nature of Sin Today
By Todd Strandberg

There have always been sinful people in America. What is different about sin today is that people do it with not a hint of moral hesitancy. The moral compass that God gave everyone at birth has been smashed.

I ran across a news story about the possibility of actress Elizabeth Hurley starting a reality show with her 18-year-old son Damian. Hurley chose to set the record straight by posting a racy semi-nude photo of herself on social media. The thinking was: If you want to shut down rumors, you’ve really got to grab people’s attention.

Because a reality show is nothing special, I don’t understand why she didn’t just offer a simple: NO, we are not. I don’t see the need for Hurley to draw attention to herself in such a tacky manner. Her IMDb.com profiles show that she has had steady work the last few years.

The same day, singer Madonna tried to steam up social media by posting a series of revealing photos of herself dressed in a strappy bra, lace underwear, and a motorcycle cap.

I found Madonna to be gross in her glory days in the early 1980s. Now that she’s 62, I feel my stomach churning when I see images of her. She should have realized that her sex appeal had long since faded when she made singer Drake wince when she tried to rub up against him in a seductive way.

I don’t think there will ever be a moment of self-reflection for Madonna. She will go to her grave thinking that she is still a hot number.

A couple of weeks ago, rapper Lil Nas X set off alarm bells in Christian circles by announcing the release of a shoe that would honor the devil.

Based on a Nike Air Max 97, the “Satan Shoes” are about as devilish as a pair of sneakers can get. Aside from the all-black uppers, you’ll find an Air unit filled with 60cc of ink and one drop of real human blood. The dark theme doesn’t stop there, as these limited to 666 sneakers (how very apt) are individually numbered in red on the lateral rear counter, while “Luke 10:18” graces the lateral-side front quarter also in a satanic red font. Note: 10:18 is the passage in which Luke says, “I Saw Satan Fall Like Lightning From Heaven.”

Nike has distanced itself from the design and told CNN, “We do not have a relationship with Lil Nas or MSCHF. Nike did not design or release these shoes, and we do not endorse them.” Nike is suing the art collective behind the “Satan Shoes” for trademark infringement.

Religious figures in the US have criticized Lil Nas X for the shoes, including Donald Trump’s pastor Mark Burns, who tweeted, “These #SatanShoes by #Nike & #LilNasX with 666 and a drop of human blood in the sole is a reason why we Christians must be prayed up ready to battle in the spirit with the Voice of the Holy Spirit.”

South Dakota Governor Kristi Noem added her voice to the criticism, saying, “Our kids are being told that this kind of product is not only okay, it’s ‘exclusive.’ But do you know what’s more exclusive? Their God-given eternal soul. We are in a fight for the soul of our nation. We need to fight hard. And we need to fight smart. We have to win.”

The shoes went on sale online via a “drop,” and just days after Lil Nas X premiered the video for his track “Montero (Call Me By Your Name).” The price of the shoes is $1,018.

Lil Nas X describes himself as an “unapologetically gay” rapper, which surprised me for a music genre that was once all heterosexual. I looked up the video for Montero (Call Me By Your Name), and it was the most satanic thing I’ve ever seen in my life. It beats out Katy Perry’s occultic “Dark Horse” Witch ritual performed at the 2014 Grammy awards.

In the latter part of the video, Lil Nas X descends down a stripper pole to the pit of hell and gives Satan an extremely graphic lap dance. He then snaps the devil’s neck, puts on the devil’s horns, and his eye starts to glow with demonic power.

I doubt I’m going to have to wait another seven years to say I witnessed something more satanic than the Lil Nas X video. The next topper will likely be Satan making a live performance by indwelling the Antichrist.

“Therefore rejoice, ye heavens, and ye that dwell in them. Woe to the inhabiters of the earth and of the sea! for the devil is come down unto you, having great wrath, because he knoweth that he hath but a short time” (Revelation 12:12).