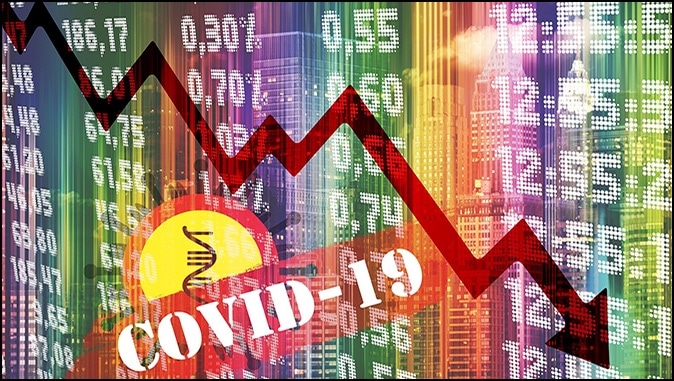 The Biggest Financial Bubble of All Time
By Todd Strandberg

I have just finished a chapter for one of Terry’s future books. I hope the publish date is soon, because my initial working title was the Coming Fiscal storm. I had six months to write the chapter, so there was room to change my approach of a coming monetary disaster to a process that is currently playing out.

One of the most amazing things about this current monetary crisis is how quickly our national debt has risen. In total we have allocated around $3 trillion to fight the impact of the COVID-19 lockdown. From May 3 to June 3, the official national debt increased by $1 trillion, which is five times faster than the previous record for debt creation.

With COVID-19 virus cases spiking, there is talk of going back into full lockdown mode. Apple corporation has already decided to close some of its stores in hot-zone areas. President Trump and key senators are talking about sending out a fresh round of stimulus checks.

The Federal Reserve has been keeping the party going by buying up the nation’s new debt. The Fed even found a way to skirt laws that barred the purchase of corporate bonds. From the moment the Federal Reserve announced how it would buy bonds for its $250 billion Secondary Market Corporate Credit Facility, something seemed amiss. The central bank has already granted it the ability to buy individual corporate bonds by creating a complex set of rules and terms for its activity.

The Fed last week unveiled an entirely new class of eligible assets called “Eligible Broad Market Index Bonds.” This was little more than a workaround for issuers being forced to certify that they’re in compliance with the Coronavirus Aid, Relief, and Economic Security Act. The Fed will simply spend what it feels is needed to fix the economy.

Another indication that we are in the king of all bubbles is the wild fluctuation of many stocks. The Hertz car rental company has filed for Chapter 11 bankruptcy. The company stock dropped down to 56 cents, and then it began to soar as day traders pushed up the price to $5.50. Hertz received approval from a bankruptcy judge to sell up to $1 billion of common stock to take advantage of its recent share rally.

At the same time, Hertz warned that there was a significant risk that shareholders won’t receive recovery under the Chapter 11 proceedings and that its “common stock will be worthless.” The plan was scrapped when it became clear there would be lawsuits once people realized they bought worthless stock.

Nikola Motors is a Tesla competitor with zero revenue. Unphased investors have nevertheless piled into the stock, sending the company’s valuation soaring to well above $23 billion in just three months on public exchanges. CEO Trevor Milton says the new stockholders “don’t care,” and neither does he.

“They care more about the environmental impact of what you’re doing,” Milton told CNBC in an interview. “‘Oh, you’re six months or eight months from revenue?’ They don’t care. They’re like, ‘you know what? You’re changing the world. You’re going to reduce emissions more than anyone else. We’re invested into you.’”

Chesapeake Energy Corp is preparing to file for bankruptcy in the coming days, making it the largest oil and gas producer to unravel after an energy market rout caused by the COVID-19 outbreak. The Oklahoma City-based company is in the final stages of negotiating a roughly $900 million debtor-in-possession loan to support its operations while under Chapter 11 bankruptcy-court protection, two of the sources said. The company is reeling under a mountain of debt totaling more than $9 billion.

Chesapeake Energy’s stock should be trading very close to zero at this point. It remains around $11 per share because, like with Hertz stock, people have completely lost touch with financial reality.

The current bubble environment takes on a supernatural dimension when one considers what China has accomplished. No other nation on earth has increased its national currency to such a high level, and it plans on more money printing. China’s central bank governor Yi Gang said that China will keep liquidity ample in the second half of the year.

In order to boost its stagnating economy, China is about to unleash a historic credit injection: Yi said that new loans are likely to hit nearly 20 trillion yuan ($2.83 trillion) this year, up from a record 16.81 trillion yuan in 2019, and total social financing could increase by more than 30 trillion yuan ($4.2 trillion), or about 30% of GDP. A similar number for the US would be about $7 trillion, which is more or less what the US deficit will be over the next 12 months.

There is no doubt in my mind that God is in full control of the global economy. Even the most godless economist should have some wonderment over why the world grows more financially distressed without descending into total chaos.

“The LORD hath made all things for himself: yea, even the wicked for the day of evil” (Proverbs 16:4).