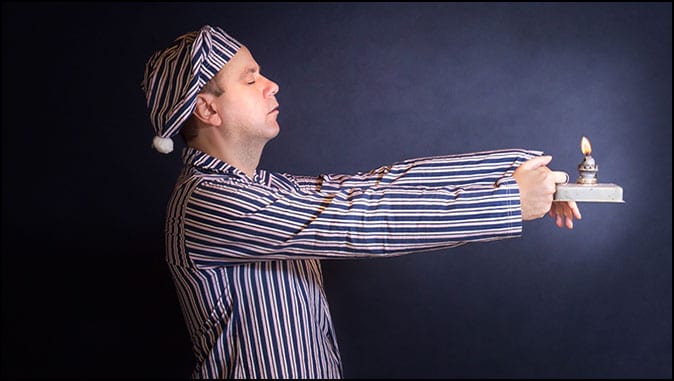 Sleepwalking Toward the Mark of the Beast
By Todd Strandberg

Over the years, I’ve probably written several dozen articles on modern technology that could be used to implement the mark of the beast. When I was a kid, I read all types of publications that portrayed the 666 mark as an evil tattoo that people were forced to receive. It was commonly portrayed as something similar to the yellow star of David that the Jews were forced to wear during the Holocaust.

In the past couple of years, I’ve been frequently amazed by articles that promoted the use of microchips in managing the Covid-19 pandemic. I’m not stunned by how closely this technology matches the Bible’s description of the mark of the beast. It’s the growing enthusiasm for the chips that has me dumbfounded.

“Imagine showing your COVID-19 passport with just a flash of your arm,” the video starts while showing a person holding out their arm and scanning it with a mobile phone.

“Right now, it is very convenient to have a COVID passport always accessible on your implant,” the video also stated.

The Covid-19 pandemic has been a perfect tool for taking away our liberties. Life will return to normal if we all line up and get our vaccine. If you got a vaccine in January, you now have about zero protection from the Delta and Omicron variants, so now you have to get a booster shot. Drug companies are now working on a second series of booster shots.

I am hard-pressed to find videos that explain what is in these booster shots. About 20% of the US population has a high level of mistrust in the government, which prevents them from getting the Covid vaccine. The media and the government should educate people about what is in the vaccines and how they prevent infection.

For nearly two years, the liberal media have blasted one key message: get the vaccine or you’re going to die. Their sickest angle is focusing on every anti-vaxxer that died from Covid-19. Marcus Lamb, a co-founder and the CEO of the conservative Christian Daystar Television Network, was vocally opposed to Covid-19 vaccines, and he died of it last month. If Lamb had gotten the vaccine and died the next day, the press would never mention his name. I don’t know why Lamb was against the vaccine, but I respect his right not to want to get it.

If you say something negative about the vaccines on social media, you can get banned for spreading misinformation. We have to put 100% of our trust into the ministry of truth. If you put blind faith into any operation, disaster will eventually be the result.

People on the right also need to respect people’s decisions to get the vaccine. Former President Donald Trump got booed by his own supporters for revealing that he’d gotten a Covid vaccine booster shot. If Trump dropped dead from unforeseen side effects, he might save millions of lives by being an early guinea pig.

I was thinking about why we keep losing more and more of our freedom. I realized that mistrust works hand and hand with the liberal media and the government propaganda. A key reason why the Omicron variant came from South Africa is because 75% of the population is not vaccinated. Millions of doses had to be dumped into landfills because the vaccine had expired. The Africans didn’t have enough faith in the white man’s cure for the virus, so we’re stuck on the variant merry-go-round until the global community requires everyone to get the vaccine. Maybe that Swedish firm will get the contract. The chip could have vaccine status, bank account access code, and proof of allegiance to a certain world leader.

“He causeth all, both small and great, rich and poor, free and bond, to receive a mark in their right hand, or in their foreheads: And that no man might buy or sell, save he that had the mark, or the name of the beast, or the number of his name” – (Rev 13:16-18)