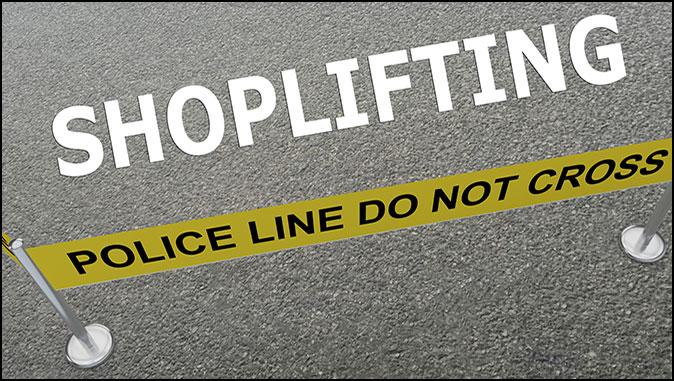 The city of San Francisco was once one of America’s beautiful urban areas. Many songs have been written about it. Today, San Francisco is a city that is more known for homelessness, crime, and illegal drug use.

Around 88% of people said homelessness has worsened in recent years, and 80% viewed addressing this homeless crisis as a high priority.

The shoplifting rate is so high, many businesses have had to close. Walgreens has shuttered 17 of its stores in the San Francisco area in the past five years, and the company said thefts in the area are four times more likely than anywhere else in the country, as executives budgeted 35 times more for security personnel to guard the chains.

People are so bold at theft, they would walk into a Walgreens, fill up a bag with goods, and casually walk out the front door. The clerks don’t do anything to prevent the theft because they can’t. It’s not worth risking your life to stop a crime that will never be prosecuted. Some stores have security, but they are only there for show, and the thieves know it.

“It’s going to be lawsuits. Obviously, they don’t want ourselves or anybody else to get injured while we’re out here attempting to make these apprehensions and leave it to law enforcement,” Kevin Greathouse, a security guard at a San Francisco-based Walgreens who carries a handgun, a taser, and pepper spray, told ABC 7 News.

“I don’t have any intention of getting stabbed for $60 worth of stuff,” he told ABC 7 News.

In San Francisco, thefts under $950 are considered a misdemeanor. Suspected criminals are often issued citations instead of spending time in jail ahead of their court date. In most cases, thieves will have their case thrown out if they skip their court appearances. Only a fool would bother to show up to court. They might as well have a death penalty for stealing where they will only hang people who show up to their own execution.

Target stores in San Francisco are now closing early, moving from 9 a.m. to 6 p.m., with a Financial District store closing as early as 5 p.m. on Saturday, according to the hours listed on its website.

Target told KPIX5 the decision to adjust its store hours in San Francisco was related to theft, with a spokesperson confirming: “For more than a month, we’ve been experiencing a significant and an alarming rise in theft and security incidents at our San Francisco stores, similar to reports from other retailers in the area.”

As the city leaders do nothing, the criminals are only getting bolder. A mob of looters was captured on film ransacking a Neiman Marcus store in San Francisco – smashing display cases, stealing handbags, and running out of the building before the police arrived at around 6 p.m., according to the Washington Examiner.

The merchandise-laden suspects were seen running out of the store before jumping into a getaway car that sped off. According to KTVU’s Henry K. Lee, at least 9 people were involved.

So many people have stolen shopping carts from this Market St. Safeway, you can only use them inside, and they have long poles so they won’t fit through the doors to roll outside.

In San Francisco, a restaurant needs a special permit to serve alcohol outside. A drug dealer can openly sell cocaine on the street right in front of a cop.

San Francisco is run by people who are pro-criminals. Kate Chatfield, a senior director in far-left District Attorney Chesa Boudin’s office, downplayed safety concerns by making the matter about racism.

When told husbands are scared for their wives and family, she said “the ‘crime surge’ crowd shares the same ideology as The Birth of a Nation,” referring to an early 20th-century white supremacist film.

A possible outcome of San Francisco’s lawlessness is the rise of someone who will restore order. This happens many times in third-world countries. The person who comes to power is normally a dictator. I don’t think, if one who comes to power over the US, this person will be the Antichrist, but he could set the pattern for the one who comes to save Europe from itself.

“When the righteous are in authority, the people rejoice: but when the wicked beareth rule, the people mourn” – (Proverbs 29:2).