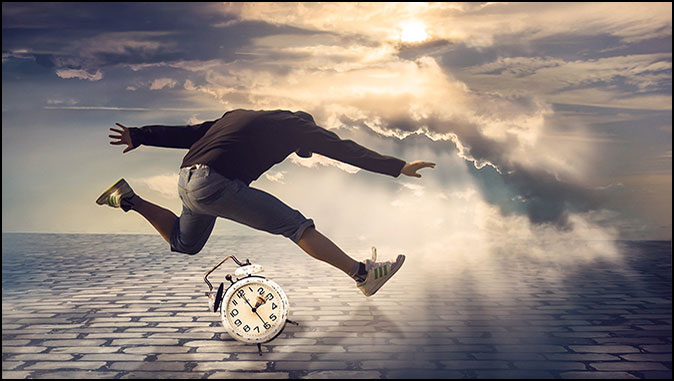 Running Out of Time
By Daymond Duck

No one on earth knows the day or the hour of the Rapture, but a large number of excellent Bible prophecy teachers believe that those that haven’t accepted Jesus as their Saviour are running out of time if they want to go to heaven before the Tribulation Period.

Here are some reasons why they believe that:

ONE, on Nov. 20, 2020, the staff at World Net Daily reported that former U.S. Sec. of State John Kerry and European Commission Pres. Ursula von der Leyen said a Biden win will propel the Great Reset (fundamentally changing America; the end of capitalism, cash, private property, democracy, freedom of religion and speech; the beginning of new rules to live by, the global ethic, digital money that will eventually allow the tracking of all buying and selling; restrictions on the size of houses and vehicles, limits on eating meat, higher fuel prices, and more).

As I understand the article, globalist elites are saying world government and world religion will begin with the Great Reset during a Biden presidency.

Here is a link to the article: Biden presidency opens door to globalist ‘Great Reset’

America’s crisis is much bigger than voter fraud.

The existence of the U.S. and individual freedom are at stake (globalists will link everyone’s global ID to their bank account, health care records, lifestyle, etc. so they can control every aspect of a person’s life).

Fortunately for Christians, the Rapture will occur before they get all of this in place, but that marvelous event will remove the Restrainer (Church and Holy Spirit) and accelerate world government.

TWO, on Nov. 20, 2020, there was a shuffle on the U.S. Supreme Court that placed the Circuit Courts in several Democrat-controlled battleground states under the jurisdiction of conservatives on the Supreme Court.

If Pres. Trump’s legal team has the abundant proof of voter fraud that attorneys claim, and they can get it to the U.S. Supreme Court, the cases will be under the jurisdiction of a conservative judge.

This could be the answer to the prayers of multitudes that have been praying for the truth to prevail.

But regardless of who wins, the U.S. is now a very divided nation (globalists will still push world government; socialists will still pressure moderate Democrats; Democrats will still blame all of their failures on Republicans, especially on Mitch McConnell, etc.), and Jesus was clear that kingdoms divided against themselves will be brought to desolation (Matt. 12:25).

Of course, I am speculating, but in case this election gets overturned, the authorities should be prepared for major rioting in Democrat-run cities and states.

THREE, concerning lawlessness, on Nov. 20, 2020, Federal Election Commission Chairman Trey Trainer said, “The Trump campaign is bringing legitimate accusations to court through affidavits of credible witnesses and other evidence used in its challenges to electoral outcomes in various states.”

He said, “The massive amounts of affidavits that we see in these cases show that there was, in fact, fraud that took place. And the other side really needs to answer these questions.”

FOUR, concerning the cashless society, on Nov. 18, 2020, it was reported that the UN announced the rollout of a biometric digital wallet that UN employees can use for travel and other purposes.

FIVE, I have long taught that the Rider on the Black Horse during the Tribulation Period in the Book of Revelation (Rev. 6:5-6) is hyper-inflation and economic collapse.

On Nov. 22, 2020, it was reported that John Williams of shadowstats.com (Shadow Government Statistics) said the Covid vaccines are not enough to turn the economy around.

Williams said the economy has been damaged so much that no matter who wins the election, the budget deficits will continue, a stimulus package will be needed, and they will eventually cause hyper-inflation and great depression.

The biggest difference between a Trump or Biden victory is that the stimulus package under Biden will be bigger, and the hyper-inflation will come sooner.

SIX, on Nov. 22, 2020, in a video conference of the G-20 nations, Chinese Pres. Xi Jinping suggested that the nations should agree to use QR codes (Quick Reader Codes that were invented in 1994 and can be used to store information, scan and track people, etc.) to track people that have had Covid.

A QR Code looks like a postage stamp, and it is small enough to put on your thumb nail (right hand).

By the way, have you noticed that many places are scanning your forehead before they let you enter? (Scanning one’s right hand or forehead sounds familiar.)

SEVEN, in recent days, there have been several reports that Biden plans to get rid of Trump’s “America First” policy.

Globalists probably think they have arrived in heaven.

They will probably soon select their 10 Kings. (I haven’t heard anything about it, but I am wondering it that will be included in The Great Reset.)

If so, they will soon need a white horse, a bow with no arrows (gun control; like letting gun owners own a gun without bullets), and a crown of victory (to simulate the many crowns of royalty that Jesus wears; Rev. 6:1-2; 19:11-16).

EIGHT, concerning deceit, whether it is true or not, I have read that big pharma has given large sums of money to Democrats and Republicans, and the information we are getting about how some people have been impacted by the Covid vaccine tests is slanted to present a positive picture (a small number of people have had major adverse symptoms).

NINE, concerning the growth and prosperity of Israel, on Nov. 17, 2020, it was reported that Israel and the EU are discussing the possibility of building a railroad to link the Mediterranean Sea with the Gulf States.

If they agree, it will possibly be called the “Regional Peace Railway,” and it will probably strengthen the economies of Israel, Jordan, the PA, Saudi Arabia and the Gulf States.

TEN, concerning the Battle of Gog and Magog, according to Biden’s website, if Iran returns to compliance with the Iranian nuclear weapons deal, the U.S. will return to the agreement.

On Nov. 22, 2020, it was reported that Israeli Prime Min. Netanyahu said Israel will not allow Iran to obtain nuclear weapons…“There can be no going back to the previous nuclear agreement.”

Some believe Netanyahu’s comments were directed to a potential Biden administration.

96.5% of the babies born to mothers with Covid do not test positive at birth.

TWELVE, concerning persecution, competition may be the best way to fight the left-wing extremism of Facebook and Twitter, two social-media giants that continue to ignore the freedom of speech and religion of Christians and conservatives.

By censoring and flagging Christian and conservative websites and postings under the guise of racism, purveyors of hate, conspiracy theories, etc., Facebook and Twitter are driving social-media users to Parler, and that social media is now surging in popularity.

The problem seems to have started with Fox being one of the first to call Biden the president-elect.

Tucker Carlson and Sean Hannity have not caved to the liberalism, and they continue to lead the ratings in primetime.

FINALLY, God loves you, and if you have not done so, sincerely admit that you are a sinner; believe that Jesus is the virgin born, sinless Son of God, who died for the sins of the world, was buried and raised from the dead; ask Him to forgive your sins, cleanse you, come into your heart and be your Saviour; then tell someone that you have done this.