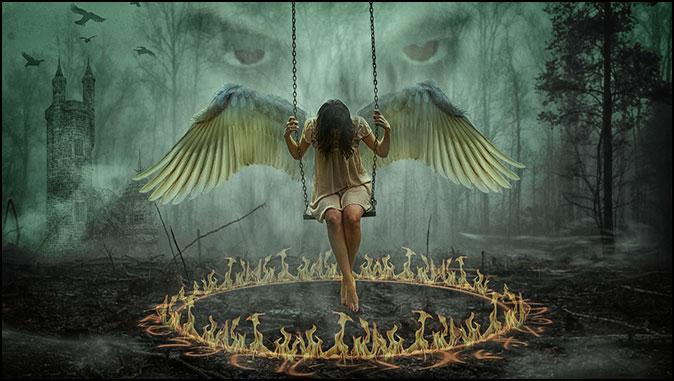 Rulers of Darkness
By Daymond Duck

According to the Bible, there are rulers of darkness (satanic or demonic spiritual forces) influencing the citizens and events on planet Earth (Eph. 6:12).

Many U.S. citizens have never seen a time when this was more obvious.

Satan is using them; they are living by his rules and doing his work.

They do not like America’s Judeo-Christian heritage, the Ten Commandments, public prayer, freedom of religion, what Christians say about abortion, LGBTQ, just one way to be saved, etc.

I pray that many pastors are listening: These children of disobedience and darkness want to change America’s culture, and if they get control of the U.S. government, they will come after every Church.

Here are twelve items that recently made the news:

One, on June 21, 2020, Dr. Matteo Bassetti, head of the infectious diseases clinic at San Martino hospital in Genoa, said he believes the Coronavirus is weakening, it could die out, and there might not be a need for a vaccine.

According to Scott Gottleib, former Commissioner of the FDA, the recent spike in cases in some areas is due to young people going out into the public more and taking more risks.

He urged Congress and governors to protect citizens’ right to refuse vaccinations by rejecting the idea of mandatory vaccinations.

He said some states plan to void religious exemptions and try to force people to be vaccinated.

He said pharmaceutical companies are pouring hundreds of millions of dollars into lobbying, and they will make big money out of forcing everyone on earth to be vaccinated.

He added that it is absolutely imperative that we stop this push for forced vaccinations.

Mandatory vaccinations with a global ID number and tattoos have implications for the Mark of the Beast, and they should be opposed.

There is no question that Jesus was not a white European, and it is the blood of Jesus that is important, not the color of His skin.

The blood of Jesus will save anyone that accepts Him as their Lord and Saviour regardless of the color of their skin.

Jesus loves all people, and all the saved are brothers and sisters in Christ regardless of the color of their skin.

He will even save people that have rioted, looted, burned and killed if they will turn to Him and repent of their sins.

Four, on June 22, 2020, it was reported that, during an interview, black rapper Lord Jamar was asked if he supports Black Lives Matter, and he replied, “No. Absolutely not.”

When asked why, he said it isn’t our movement (a black movement); it is a movement that was given to us by George Soros.

When told that Soros funneled 100 million dollars into the movement, Lord Jamar said it was control money.

He said Black Lives Matter is a movement that Soros basically controls.

According to the article, Soros has been involved in the “defund the police” movement since early 2016.

One of the Black Lives Matter slogans is “No justice, no peace.”

Five, on June 23, 2020, Pres. Trump said, “I have authorized the Federal Government to arrest anyone who vandalizes or destroys any monument, statue or other such Federal property in the U.S. with up to 10 years in prison.… This action is taken effective immediately, but may also be used retroactively for destruction or vandalism already caused. There will be no exceptions!”

On June 26, 2020, he signed an Executive Order to this effect, and the destruction of statues had almost stopped.

U.S. Attorney Gen. Barr announced the creation of a task force to investigate and prosecute individuals and groups that have been involved in the violence and destruction of property.

He mentioned that some of these individuals and groups may be supported by foreign entities.

Six, on June 23, 2020, it was reported that tapes of phone calls that appear to be conversations between former U.S. Vice-Pres. Biden and former Ukrainian Pres. Poroshenko and documents about payments to Hunter Biden have been turned over to the Ukrainian Prosecutor-General’s office.

The phone calls are in the process of being authenticated, but they appear to be discussions between Biden and Poroshenko with Biden asking Poroshenko to stop an investigation of Hunter, and Poroshenko asking Biden what he needed to do to qualify for an IMF bailout loan.

Seven, concerning a falling away in the church at the end of the age, it is not unusual to hear pastors and church members say that they don’t think church attendance will get back to where it was before the lockdown.

The U.S. economy is in worse shape than thought, but better off than many nations.

The Rapture or a second surge of the Coronavirus could trigger an economic collapse.

The Rider on the Black Horse in Rev. 6:4-6 is hyperinflation and an economic collapse.

Those that believe in a Pre-Trib Rapture are likely to view the possibility of a second surge and a global economic collapse as a sign that the Rapture is close.

Nine, on June 23, 2020, Dennis Prager said violent mobs have been destroying and stealing.

He noted that the Seventh Commandment is “Thou shalt not steal,” and wondered why the vast majority of clergy is not speaking out.

Even worse than not speaking out is the fact that some religious people and clergy are praising the movement.

They were allowing Black Lives Matter protests against police, limiting meetings and restaurants to 50% and religious gatherings to 25%.

Eleven, on June 17, 2020, it was reported that China will collect blood from about 700 million male citizens to build a genetic map for their surveillance system.

This is significant because the Kings of the East will lead a 200-million-man army that will kill 1/3 of mankind during the Tribulation Period, and there weren’t 200 million people on earth when the prophecy was written (Rev. 9:16).

Twelve, concerning wars and rumors of wars, and natural disasters, on Jan. 23, 2020, the hands on the Doomsday clock were moved to 100 seconds to midnight, the closest in its 73-year history because of existential danger from nuclear war and climate change (natural disasters).

Know that the rulers of darkness are going to get more active at the end of the age because Satan knows his time is short.

Point number three above tells you what to do.

The End Times According to the Bible

Mysticism and the Coming World Religion, Part 3 - Spiritual Protection By T. A. McMahon…

Do You See the Storm Clouds?

Do You See the Storm Clouds? By Jonathan C. Brentner Most of us have seen…

Seat of the Antichrist Both Weak and Strong: How Does this Speak of Europe?

Seat of the Antichrist Both Weak and Strong: How Does this Speak of Europe? By…