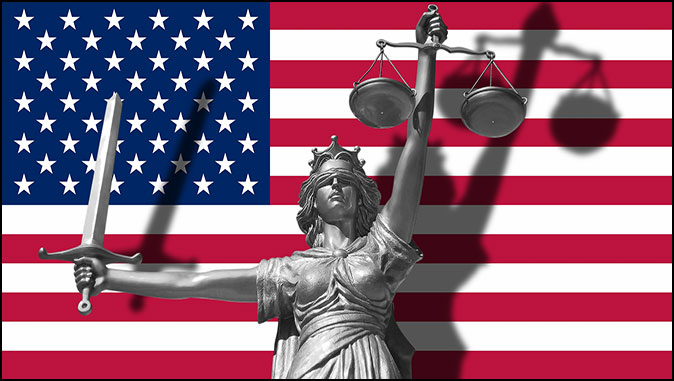 Ready to Deal
By Terry James

Questions and comments coming fast and furiously in these volatile times ask why the election has turned out this way, or they want to know what it must all mean.

I’ve tried to answer most emails I’ve received like this, but it’s time to address these matters here.

“Ready to Deal” isn’t to imply that I myself will now “deal” with these matters. The title instead suggests my belief that the Lord of Heaven is now ready to “deal” in power and authority with the world and the rebellious state it has reached.

To strive to “Make America Great Again” was a noble desire, a worthy goal. I believe that most of us—half of the nation—truly meant the slogan, not with hubris in our hearts and minds, but with a genuine desire to see America returned to principles installed by the founding fathers.

We wished, only as de Tocqueville believed, that in order to see to it that America is great, we must make it “good.” Christians with understanding know that there is only One who is good. Only that One, Jesus Christ, can make anything noble to the point of greatness. The Lord of heaven is destined—we believe very soon—to reign on the earth as the King of all kings.

The “goodness” America has been blessed with has faded precipitously, it’s easy to see. America’s greatness long ago began its darkening descent from its time as that shining light on the hill. We now more easily understood why this, the apex nation of world history, isn’t mentioned by name in God’s Word.

The question, then, is not: Is America moving into a future shrouded in a murkiness that it almost certainly won’t emerge from? Many of us believe the answer to that question is yes.

The question we need to consider instead is this: Why is this happening now? Why—especially knowing that, before the sudden infliction of COVID-19, America indeed seemed to be on the cusp of becoming robust in its influence for good upon the rest of the world?

The Lord almost certainly was laughing the anti-God forces to derision, as the KJV puts it in Psalm 2. Nothing they tried in attempting to bring down the hated populist president of the US worked. Even with the national and world mainstream press joined to the powers and principalities to effect a coup d’état, the Restrainer (God the Holy Spirit) observably and easily swatted them away. Nothing they could do would stop Mr. Trump from doing his utmost to “Make America Great Again,” thereby taking the nation farther and farther from the globalist influence the powers and principalities wanted to exert on America. And America is the greatest obstacle preventing them from achieving their new global order, geopolitically speaking.

Just when it seemed that the Lord was seeing to it that those powers and principalities were kept at bay and even were in total disarray because of their reprobate state, He suddenly seems to have taken away His mighty hand of restraint. It’s as if He suddenly said on America’s election day 2020 that He has seen enough. Of course, God is not capricious. He doesn’t make rash decisions like we do. He knows all about this election and everything else, and He has since the unfathomable times in eternity past.

We as Christians should take great comfort from this reality. The timing of all these events was set in Heaven, not by political authorities or powers and principalities on earth. The bottom line is always that God’s will be done, no matter what. He is always in complete control.

So our next question to ask is this: What is God’s will in this sudden removal of His restraining hand to let evil once again rampage through its destructive, global-world-order construction project?

I believe with all that is within my spiritual senses that Heaven is once again at the point of beginning to deal, like in antiquity, with God’s chosen people, Israel. The succeeding administration (if contested election results turn out that way), whose many stated goals include bringing America into the internationalist (read “global”) order, also wants to give Israel’s archenemy, Iran (ancient Persia), the same nuclear deal as did the administration before Trump’s.

Mr. Trump has been Israel’s most faithful friend. America, under his presidency, therefore, has blessed the Jews in ways that are yet to be fully assessed. That blessing could turn into a curse with a succeeding president who would turn his back under pressures from the global constructionists. And, globally, Israel has no friends of significant power and influence, with the exception of America during Trump’s time in office.

Key to everything in the whole matter of this election—the seemingly inexplicable turn of events in the nation electing a man who is at the very least mentally challenged due to diminished capacity, and bringing to power a party vowed to take the nation into the new global order—is the most central national entity in all of Bible prophecy: the nation Israel!

Without reservation, I submit that God is on the very verge of being set to deal again with Israel in order to bring back to Himself a remnant of His people. With these, He will establish His millennial kingdom as the chief nation, from which His Son Jesus Christ will rule and reign over the earth.

The Lord, I believe, is also dealing with the rebels who populate this violent, anti-God planet. He must purge them while He is gathering His remnant of chosen people. He is about to deal with all Gentile believers who will accept His Son for salvation during that Tribulation hour.

And, to those of us who call on the Name of Jesus Christ for salvation, I’m thankful to be able to say that God is also getting ready to deal with us.

Before He will begin dealing with His chosen people, the earth’s rebels, and the Gentiles who will become believers during the Tribulation, the Lord will take His Church from the planet. At that moment of Rapture, the Restrainer, the Holy Spirit resident within each believer, will no longer hold back the evil to the same degree He is now.

The Lord is ready to deal, I’m convinced.

That’s not a matter of gloom and doom, but it’s a glorious prospect if you know Christ and will be kept out of the coming time of judgment and wrath.

Here is comfort from His very Word:

“Because thou hast kept the word of my patience, I also will keep thee from the hour of temptation, which shall come upon all the world, to try them that dwell upon the earth.” (Revelation 3:10)