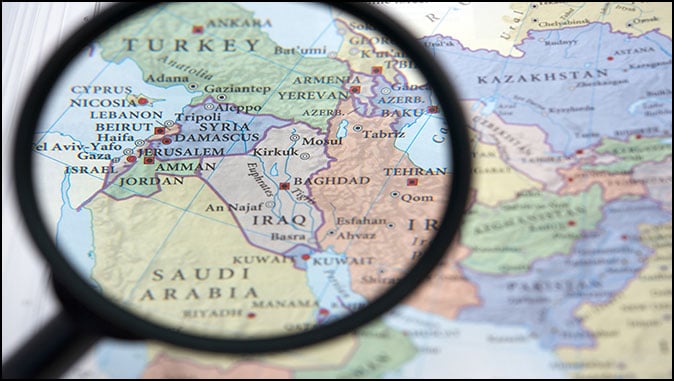 Our title for this commentary could have just as easily been something like “Quartet Sips on Poison.” Either title would be appropriate. This is because the powers that be in world geopolitics are involved in tampering with things that are guaranteed to injure them and the entire world of nation-states.

This we know from the very Word of God, who does not slumber or sleep when it comes to His chosen nation, Israel:

“The burden of the word of the Lord for Israel, saith the Lord, which stretcheth forth the heavens, and layeth the foundation of the earth, and formeth the spirit of man within him. Behold, I will make Jerusalem a cup of trembling unto all the people round about, when they shall be in the siege both against Judah and against Jerusalem. And in that day will I make Jerusalem a burdensome stone for all people: all that burden themselves with it shall be cut in pieces, though all the people of the earth be gathered together against it.” – (Zechariah 12:1–3)

This should be no surprise to Bible prophecy students. Israel is the key to understanding the lateness of the hour, as has been pointed out many times.

Many who study from the pre-Trib perspective of prophecy believe that the rebirth of Israel (often represented as the fig tree) on May 14, 1948, unleashed the prophecy Jesus gave as recorded in the book of Matthew.

“Now learn a parable of the fig tree; When his branch is yet tender, and putteth forth leaves, ye know that summer is nigh: So likewise ye, when ye shall see all these things, know that it is near, even at the doors. Verily I say unto you, This generation shall not pass, till all these things be fulfilled.” – (Matthew 24:32–34)

If this prophecy is indeed about the reforming of Israel in 1948 for the wind-up of this Age of Grace (Church Age), then we are very late into that prophecy. There should be some proof when observing our times and season, if there is any validity to this proposition by those who hold to this scriptural passage as relating to this generation.

I believe we might just be witness to that prophecy proving just how late we are into the final stage of human history immediately preceding Christ’s call to His Church in the Rapture, based upon the world beginning in earnest to “burden” itself with God’s chosen nation.

In this regard, I refer to the large power bloc that represents the nation-state epicenter of global influence—the so-called Quartet. This group has designated themselves as the nucleus of geopolitical power. They’re making known that they intend to assert that power by doing some heavy lifting in making God’s chosen nation-state comply with their version of how things ought to be. The following illustrates this assertion of this group’s powerful influence in the matter of Israel and its blood-vowed enemies.

Canada and the Middle East Quartet (the United Nations, United States, European Union and Russia) condemned on Sunday the violence that took place on the Temple Mount in Jerusalem, and called on Israel to halt eviction plans for Palestinian families from the Sheikh Jarrah neighborhood as violence rises in the country’s capital.

The EU and the US also issued a statement against the violence and the pending Sheikh Jarrah evictions, as did Jordan, Turkey, Qatar, Egypt, the United Arab Emirates and Bahrain. Individual European countries, as well as South African, have spoken out as well…

Tensions were heightened as thousands of Muslim worshippers flocked to the Temple Mount – al-Haram al Sharif in Arabic – to pray there on Islam’s holy night of Laylat al-Qadr (Night of Power).

Further violence is expected on Sunday night as Israelis celebrate Jerusalem Day, which marks the day that the IDF captured the eastern part of the city from Jordan during the Six Day War…The Quartet also issued a joint statement. While it has [been] largely dormant during the final years of the Trump administration, it has since been revived now that US President Joe Biden is in office.

“The Envoys express deep concern over the daily clashes and violence in east Jerusalem, in particular last night’s confrontations between Palestinians and Israeli security forces at Haram Al-Sharif/Temple Mount,” the Quartet stated…

“We call upon [the] Israeli authorities to exercise restraint and to avoid measures that would further escalate the situation during this period of Muslim Holy Days,” the Quartet stated.

“We call on all sides to uphold and respect the status quo at the holy sites. All leaders have a responsibility to act against extremists and to speak out against all acts of violence and incitement.” (“Canada, Quartet Slam Jerusalem Violence, Int’l Pressure Grows on Israel,” by Tovah Lazaroff, Jerusalem Post, May 9, 2021)

If God’s Word is true—and it is—then we should witness the ramping up of this global power against this nation, chosen by God as a prototype nation in His dealing with all of his creation called man. Satan fuels the hatred that is scheduled to develop—already is developing—to energize the human powers and principalities as they sip from that “trembling cup” and try to lift that “burdensome stone” the prophet Zechariah was directed to foretell.

It all means that our redemption is drawing very near indeed! (Luke 21:28)