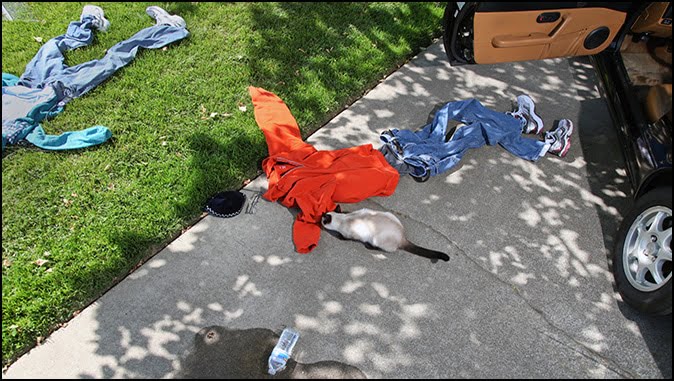 Nathan Jones: There used to be a time when most people who went to church believed in the Rapture of the Church. But, sadly, no longer. Why is that the case today?

To answer this difficult question, I turned to Jan Markell of Olive Tree Ministries. Jan is the hostess of the radio program “Understanding the Times.” It broadcasts on over 900 stations! She is also a contributing author to Terry James’ latest book Lawless.

Nathan Jones: Jan, you are an expert on the topic of the Rapture. So, just in case, for those who don’t know what the Rapture is, could you define the term, and tell us if it can even be found in the Bible?

Jan Markell: The word Rapture cannot be found in our English Bibles. You have to go back to the original Greek text where you’ll find the word for “caught up” is “harpazo” there in 1 Thessalonians 4:17, which in Latin was translated “rapio” and then much later transliterated into English as “rapture.”

First Thessalonians 4:16-17 reads: “For the Lord Himself will descend from heaven with a shout, with the voice of an archangel, and with the trumpet of God. And the dead in Christ will rise first. Then we who are alive and remain shall be CAUGHT UP together with them in the clouds to meet the Lord in the air. And thus we shall always be with the Lord.”

That passage provides the perfect picture of the Rapture. Similar wording can also be found in 1 Corinthians 15.

Jan Markell: Then, for some reason, I would say probably in the last 30 years and certainly in the last 25 years, the doctrine of the Rapture has almost disappeared from the Church. What ministries like yours and mine find really troubling is that the Church no longer wants to talk about it. And, that’s right at a time when the world is growing desperate and people need hope.

Nathan Jones: Yes, the lack of interest in the Rapture seems strange to me, because I remember growing up with the Jesus Movement led by Pastor Chuck Smith and Tim LaHaye’s Left Behind book series. So many people claim they came to know Jesus Christ as their Savior through Hal Lindsey’s book, The Late Great Planet Earth. Later in the ’90s’, the Left Behind movies came out, and they were super-popular. Everybody seemed to be talking about them. And then…nothing! All of a sudden, people began to abandon the subject.

One of my supervisors from years ago when I worked at a church told me that she was really into the Rapture, but when it didn’t happen, she just gave up hope that it ever would. Jan, do you see that’s the reason why people are giving up on the Rapture because they are misinterpreting what Jesus said about Him coming soon, that they interpret “soon” to mean like tomorrow?

Jan Markell: Yes, I think there’s a disappointment factor involved. I hear from folks all of the time who expected the Rapture back in the 1970s and ’80s.

You are absolutely right. There were some products that shot the teaching of the Rapture all the way up to front-page news. Hal Lindsey’s The Late Great Planet Earth and the Left Behind series were huge during the ’70s to the early 2000s. Those products seemed to have faded from the public’s mind since then. Even in the Church, the excitement about the Rapture began to fade.

What I think is really happening now is what the Bible foretold concerning the end times — a falling away or apostasy in the Church. I think that straying away from the teaching of the Rapture is all a part of the end time falling away and apostasy which was foretold to define the last stage of this Church Age. I really do.

Also at play is the growing argument where people point to Christians suffering terribly all over the world. They see the Church in the Middle East and other places coming under such great persecution, and so they grow skeptical about Jesus rescuing Christians from persecution. The fact is that Christians have suffered all throughout history and even up to today. That’s man’s wrath coming against the Church. But, today’s persecutions are never God’s wrath. God is very clear in the Bible that His wrath will never come against believers. So, these people have the source of Christian sufferings confused.

Nathan Jones: That’s true. It’s interesting to look at Revelation 3 where it talks about the final phase of the Church Age. Revelation describes the final Church of Laodicea as apathetic in its faith. It’s neither hot nor cold, meaning it’s disinterested. It lives by the motto “Your best life now.” In our Laodicean age, we’ve left behind the excitement about Jesus ever returning. Instead, we’ve accepted this kind of sad, worldly understanding of what Christianity should be when our true hope rests not in the now but in the future Millennial Kingdom, right?

Jan Markell: Well, yes. If anyone is watching the news, particularly more recently, you’ll witness society across the world and here in America declining on a daily basis. We’ve lived through a very disappointing 2020 election, and what some of those on the Left in Washington are promising is rather shocking. Our senses are on overload! And so, society gropes about without any hope for the future.

Yes, a pleasant today would be wonderful, but if that’s not a possibility, then we at least have to thank God for our hope in the future. God promises hope to Christians for all of eternity. And, that hope begins with the Rapture.

Our loved ones who have died in Christ and who have gone before us, the passages about the Rapture teach us that the dead in Christ are raptured first, and then we who are alive and remain follow in their footsteps, hanging onto their heels, so to speak. Thank God we have this hope at a time when literally everything is falling apart! We claim this “blessed hope,” as Titus 2:13 calls the Rapture. The Rapture is called the “blessed hope” for a reason.

Nathan Jones: I love Titus 2:13 which reads, “Looking for the blessed hope and glorious appearing of our great God and Savior Jesus Christ.” In other words, the teaching of the Rapture in the Bible is meant to give Christians hope that this world isn’t all that there is, but that there is something greater ahead for us.

Nathan Jones: Jan, how can somebody become a participate in the Rapture?

I’d encourage anyone who does not know for sure if they are truly saved to pray for it, even today because tomorrow is not promised to anybody. The Bible says today is the day of salvation. Make it your day!

Nathan Jones: Agreed. If you haven’t accepted Jesus Christ as your Savior and Lord yet, then now can be the day of your salvation. Grab hold of Jesus’ promise to forgive you of your sins. Then the guilt will be gone, and you will inherit a new life with God, and all when you put your faith and trust in His Son, Jesus Christ.