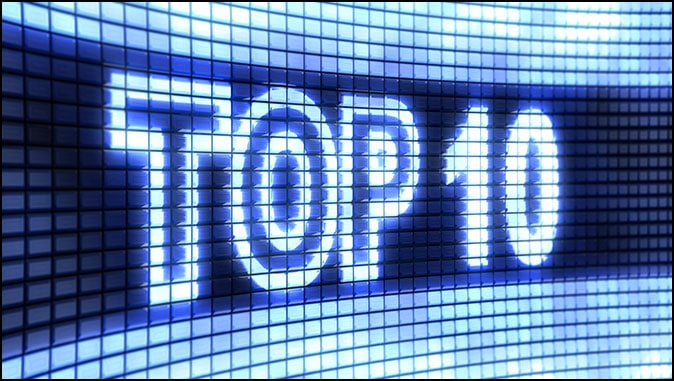 Nathan Jones: Every year Jan Markell, the founder of Olive Tree Ministries and the hostess of the “Understanding the Times” radio program, releases her “10 Top Prophetic Trends” list. She follows all of the prophetic events very closely and then lists what she believes are the top ten that have most affecting that particular year. Her Top 10 list for 2020 really blew my mind!

Jan Markell: These don’t necessarily have to be listed in order, but I think the number one is obvious, and that is the decline of America. Who would have thought looking forward, say just ten years ago, that by 2021 America would be in such a state of decline, not only governmentally, but in every way. Our debt of soaring and is now out of control. The fabric of our American society seems to be coming apart at the seams. And, when America is unstable, the whole world falls into instability.

Nathan Jones: Your number two follows up that trend, Jan, and that’s the rise of lawlessness, anarchy, and the spirit of the Antichrist. We witnessed in living color such lawlessness as the 2020 riots, and then in early 2021, as both political parties were guilty of rioting. We saw the rise in lawlessness coupled with calls to defund the police. Clearly, people are rebelling against all authority.

Jan Markell: Absolutely! Rebellion is the name of the game. Lawlessness was the number two topic last year and I see it going forward this and in the coming years.

Number three, though not necessarily the third most important but it’s certainly quite prominent, concerns the Middle East peace efforts. Remember that Middle East peace launches the Tribulation timeline. We witnessed the Deal of the Century in January of 2020. We marveled at the Abraham Accords later that year. And, since then, going on into 2021, other nations began signing on to the Abraham Accords. Now, we can certainly debate whether America or any other country should be dealing with land issues in the Middle East. I kind of think we shouldn’t, but that’s not the point. The point is that the peace efforts of the very, very final days could tag on to some of these peace initiatives.

Nathan Jones: Jan, your fourth trend concerns the worryingly increasing attacks on Christians, Christianity, and specifically churches. The year 2020 truly revealed our country’s utter contempt for churches. Our society now prefers churches to remain closed. They’d rather open casinos and nightclubs because they believe churches are irrelevant. America this year pretty much declared itself to be a post-God institution with its almost daily attacks throughout quite a number of our states on in-person church attendance.

The fifth trend focuses on apostasy in the Church, especially the rise of wolves among the flock. I get email after email from Christians who share their horrific experiences in churches that have adopted false teachings. It’s just staggering!

The dropping of teaching the subject of the Rapture from the pulpit is a part of this apostasy. Eschatology was front and center some 40 years ago. It stood front and center in the pulpit, but now it’s vanished from most sermons. I think it has mostly vanished due to the growing apostasy taking over our churches. Look especially at the New Apostolic Reformation and misguided theories such as Critical Race Theory that are being espoused from the pulpit. Instead, Bible prophecy should be preached from the pulpits, but it’s not. False teaching has overtaken many pulpits.

Nathan Jones: Pastors appear to be teaching everything but the Gospel, it seems.

Jan, your sixth trend made an excellent point about Pre-Tribulation birth pains. The signs of the end times that Jesus gave us, especially in Matthew 24 and Luke 21, point to the fact that we are now living in the season of the Lord’s return. Jesus compared these signs to birth pains in that they are increasing in frequency and intensity the closer we get to the birth, meaning Christ’s return. I’d imagine the world is probably dilated to nine centimeters at this point now, wouldn’t you say?

Jan Markell: Yes, absolutely! And, they are heartbreaking to watch. We’re watching a definite increase in the signs of the weather, such as an increase in fires, hurricanes, and so forth. Natural disasters have become so intense that it’s like nothing I’ve ever seen in my lifetime, especially in the last 1-5 years. God is sending the world a message: “Get ready! Be ready!”

The seventh trend includes the continued decline of the culture. The pro-pedophilia agenda that’s going on in various parts of the country is frightening. The fact that I see parts of America and the Western world being turned over to a Romans 1 mentality defines this trend.

Here in Minneapolis where my ministry is headquartered, we’ve got a rampant defund the police movement. Some five miles of our city of Minneapolis was burned to the ground back in May 2020. As a result of that, you would think the public would cry out for a boost in our police forces and an outcry for a law and order campaign. Just the opposite happened. Defunding the police has become all of the rage. Getting rid of the police, why that’s such delusional thinking! What a decline of the culture where people would actually want to get rid of the very people who keep them safe.

Nathan Jones: Your ninth trend focuses on how the COVID-19 pandemic has forced the world into a 1984 surveillance state in preparation for the coming New World Order. We certainly live in the time of the ever-watching camera, social tracking, social credit scores, and facial recognition. For example, the crowd that took over the congressional building during the January 2021 Trump rally has become the targets of a website that has identified some 6,000 of them so that viewers can identify the ralliers and report them to the FBI. What a surveillance state mentality!

Jan Markell: It is, and it started some years ago, probably 15-20 years ago. But, with 2020, loss of privacy went into overdrive. Right now our nation’s got a surveillance system that is second to none, but it’s being used for evil and not for good.

Just look at the fallout from COVID-19 and all of the destruction that has happened as a result of the pandemic. Look at all of the businesses that were wiped out. Some churches are closed forever. Look at all sorts of wreckage in the business world. The financial loss from what happened in 2020 is staggering! And so, people would like for someone to come along and declare, “I can fix it!” And, they will run to him with open arms. They’ll beg, “We’ll do anything you want us to do if you would just make all of these bad things go away and get us back to normal.” So, he could respond, “I have the answer. It’s a vaccine that will get you back to normal.” It’s arrived, and I wouldn’t doubt, it will probably become mandatory before not too long.