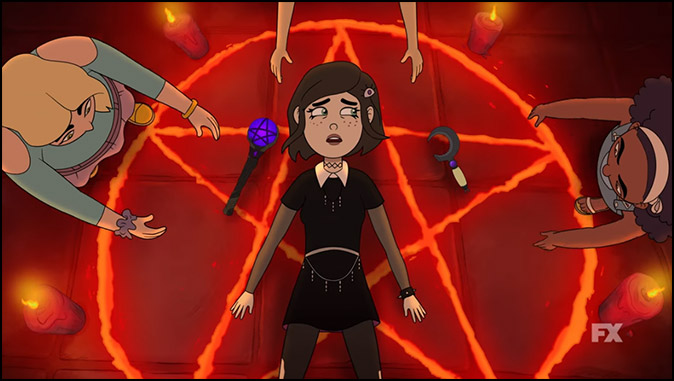 Prepping for the Prince that Shall Come
By Terry James

Prepping for terrible times ahead, anticipated by the entire spectrum of those garnering goods and shelters in order to survive, saturates the many blogs that predict world-wide collapse into dystopia. This prepping includes many who are Christians – true believers in Jesus Christ for their Salvation.

This is the case, despite God’s prophetic Word plainly teaching that there is no preparation, apart from relying totally on God, alone, that can guarantee even a modicum of safety in that most horrendous time of history to come – the Tribulation. And believers of this age won’t endure that terrible time at any rate.

But this isn’t the prepping that is the subject of this commentary.

My thought is to address the preparations we can see being made by the minions, both demonic and human, of Ephesians 6: 12. The principalities and powers in high places which, unwittingly and unknowing, perhaps, in the case of the human minions, are preparing the way for human history’s most terrible tyrant.

And boy! Is that preparation ever taking shape in ways and at speed which prophecy Watchers from the pre-trib perspective find truly astonishing?!

As stated in previous attempts to cover what is happening with regard to things shaping up for the ending to this Church Age (Age of Grace), I’m convinced that evil assaults on children constitutes a major signal of just how near the beginning of the Tribulation must be.

Satan is preparing the hearts of fallen mankind to accept every form of wickedness in paving the road for his Antichrist’s regime to take power. The devil is more and more focusing his attack on the United States of America, because this nation is the last bastion of liberty in terms of human government. America also, despite speeding into anti-God behavior on practically every level of society and culture, still maintains the Light of God’s Salvation Message in which He Invites the world to accept His Grace Gift. Thus the attack increases almost hour to hour.

One such report shows this as plainly as it can be shown, I believe. The once seemingly innocent Walt Disney productions, as I heard recently are banishing Prince Charming and is instead bringing in the prince of darkness. The following are a few excerpts of that report.

“Little Demon,” a new animated show about a woman who mates with Satan and produces the Antichrist, is raising eyebrows and making cultural waves.

But amid the cacophony of frustrated retorts to the show — which airs on the Disney-owned network FXX and stars Danny DeVito as Satan — faith leaders and media experts are sounding some consequential theological and practical alarms for parents and children alike.

“I…can’t believe that this show exists,” Mike Signorelli, senior pastor of V1 Church in New York City, told CBN’s Faithwire. “I think if we could go back 30 years…everybody would universally be shocked and appalled.”

Signorelli isn’t exaggerating the situation, as the promotional language for “Little Demon” alone showcases the disturbing themes and images embedded in the show — violence, paganism, and satanic storylines cloaked in attempted comedy.

“Thirteen years after being impregnated by Satan, a reluctant mother, Laura, and her Antichrist daughter, Chrissy, attempt to live an ordinary life in Delaware but are constantly thwarted by monstrous forces, including Satan, who yearns for custody of his daughter’s soul,” reads the show’s description.

Signorelli said “Little Demon” is the fulfillment of what happens when morals and ethics slowly erode and decay, sending culture on a slippery slope that tragically yields such a strange moment.

“What happens is, things incrementally change year over year to where you can accept what you would have never accepted in a previous generation,” he said. “As a Christian, I believe that the enemy is after our children. We wrestle not against flesh and blood but principalities powers and rulers in high places.”

Considering the purported paganistic themes in “Little Demon,” one of the quotes about the series that is circulating comes from actress Aubrey Plaza, who plays Laura.

“I love that we are normalizing paganism,” Plaza said while speaking about the show during an event this summer. “Laura is a pagan. She’s a witch. She’s jacked.”

Lucifer and his minions are determined that America blocks the blueprint for the regime that will thwart Heaven’s prophetic Blueprint for mankind. So the assaults intensify. Demonic forces seem to be concentrating on demolishing the moral center of America, and seem to be successful to this point.

I will leave you with this once again. Paul Harvey’s prescience in delivering this stunning message and I believe delivering it for us at this moment, must have been Heaven-Directed.

PAUL HARVEY’S ‘IF I WERE THE DEVIL’ TRANSCRIPT

If I were the devil … If I were the Prince of Darkness, I’d want to engulf the whole world in darkness. And I’d have a third of its real estate, and four-fifths of its population, but I wouldn’t be happy until I had seized the ripest apple on the tree — Thee. So I’d set about however necessary to take over the United States. I’d subvert the churches first — I’d begin with a campaign of whispers. With the wisdom of a serpent, I would whisper to you as I whispered to Eve: ‘Do as you please.’