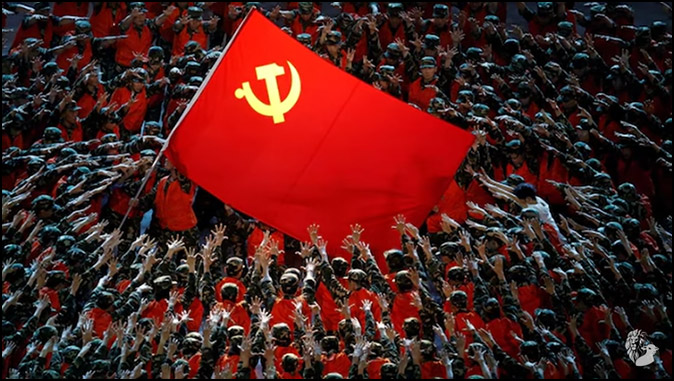 How do we overcome the Iron Curtain of deception?

But, there’s another significant historical event that happened on the campus of Westminster College in Fulton, Missouri. In 1946, at the invitation of President Harry Truman, Winston Churchill came here to deliver a speech that he titled “Sinews of Peace.” It was Churchill’s intention to draw the United States and Great Britain into an ever-increasing relationship, tying them together to offset the growth of the Soviet Union.

As Winston Churchill documented, the Soviet Union was gobbling up whole swaths of Eastern Europe. As he described very famously, an “Iron Curtain” was descending over Eastern Europe, separating its peoples from the very same freedoms and liberties that we too often take for granted. Winston Churchill recognized the threat that Stalin and the Soviet Union posed. And so, he wanted the West, namely the United States and Great Britain, to provide a great counterbalance to the expansionist ideology of the Soviet Union with its Socialist and Communist principles.

The United States and Great Britain did indeed end up following Churchill’s call to arms. As a matter of fact, his phrase “Iron Curtain” became the descriptive term used to refer to the separation between the East and the West as the world entered into what was known as the Cold War which was waged over the next 40-plus years.

When I entered the military, we were still in the midst of the Cold War with the Soviet Union and all of its satellite states still the West’s greatest and primary adversary, at least as we expected. How much has changed! Even with the Cold War supposedly past us, politics between the East and West have just gotten worse throughout the world.

Here at Westminster College, there’s another revolution underway today. It’s not another Industrial Revolution, not at least as I learned as a young military cadet, nor a revolution in military affairs. Rather, it’s a social, moral, and spiritual revolution. Too often it’s being propagated by the ideologies that are vehemently pushed throughout Academia.

Though, I’m not singling out Westminster College, I’m just saying that throughout colleges and universities here in America and all over the West, wayward ideologies of Progressivism and anti-Americanism and anti-Christianity are being propagated. As a matter of fact, many colleges and universities don’t even believe in absolute truth anymore, let alone in seeking truth, as Harvard University was once mottoed. Indeed, many colleges now promote Critical Theory, not just Critical Race Theory, but Critical Theory as it relates to the law and to our own Constitution. Critical Theory declares that Scripture is not God-inspired but rather needs to be deconstructed to figure out its personal meaning for each reader. Yes, Critical Theory contains a component in regards to defining race relations and all sorts of other social constructs, but what many in Academia and the Progressive Left wish to do is use Critical Theory to tear down the very foundational structures of our society. Tragically, they’ve been very successful today.

What We Are To Do

I would urge us all to be intentional about pouring into our children and grandchildren an understanding of the true, biblical ideology that comes from Scripture. Teach them that our nation was founded upon Judeo-Christian values, and that truth is understandable, and has been revealed by God. Respect the dignity mankind has been given because we are created in God’s image. Show respect, not just for one another, but for the true and living God.

The church that was brought from England and reconstructed on the campus of Westminster College was originally remodeled by Christopher Wren in the seventeenth century. It later became damaged by Nazi bombings during World War II. As a tribute to Mr. Churchill coming here, the college resurrected the church by bringing all of the stones over from England and rebuilding the church here on its campus in Fulton, Missouri. It is indeed a beautiful church.

Unfortunately, this church sometimes sits void of worshipers today. But, hopefully, the Church will continue to uphold the values that once made America great. What exactly made the West great? Not by our own power, certainly, but because we stood on the truth as revealed in Scripture. We honored the true and living God. Only God is great!

I would encourage you to study what happened here at Westminster College just a handful of decades ago when Winston Churchill called the West to unite to oppose a godless ideology. Recognize that today, those who believe in the true and living God still need to unite. We need to contain the growing false ideology and make sure that our friends and loved ones understand that truth is Jesus Christ (John 14:6).