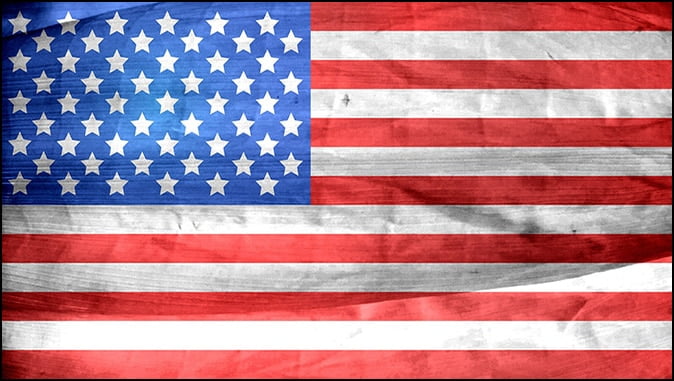 The violence that resulted from the killing of George Floyd in Minneapolis, Minnesota, has been shocking to observe. In less than a week’s time of unrest, over 300 businesses have been destroyed in the twin cities area. The violence and looting have spread to several other cities.

I watched YouTube videos that show levels of destruction that I would have never thought possible. In New York and Los Angeles, thousands of people were moving with military precision to strip whole city blocks of anything of value. There are groups that are using highly organized efforts to orchestrate violence on a nationwide basis. The most shocking thing is that 40,000 police in New York were unable to contend with mobs of people who have no regard for the law.

The unrest has been the most widespread in the United States since 1968, when cities went up in flames over the slaying of civil rights icon Martin Luther King Jr., and rekindled memories of 1992 riots in Los Angeles after police were acquitted in the brutal beating of black motorist Rodney King.

The whole Black Lives Matter movement is not doing African Americans any good. Over the past six years, the value of life has been in a steady descent with each major incident.

On August 9, 2014, Michael Brown Jr., an 18-year-old black man, was fatally shot by 28-year-old white Ferguson police officer Darren Wilson in the city of Ferguson, Missouri, a suburb of St. Louis. Michael Brown pushed Officer Wilson back into his squad car and proceeded to punch him in the face. They struggled for the officer’s gun. Michael Brown then continued to beat the officer nearly unconscious. Wilson gained full control of his weapon and shot Ferguson six times.

November 24, 2014, a St. Louis County grand jury had decided not to indict Wilson. On March 4, 2015, the U.S. Department of Justice reported the conclusion of its own investigation and cleared Wilson of civil rights violations in the shooting.

On April 12, 2015, Baltimore Police Department officers arrested Freddie Gray, a 25-year-old African American resident of Baltimore, Maryland. Gray sustained injuries to his neck and spine while in transport in a police vehicle. On April 18, 2015, after Gray’s subsequent coma, the residents of Baltimore protested in front of the Western district police station. Gray died the following day, April 19, 2015, a week after the arrest.

On May 1, 2015, Gray’s death was ruled by the medical examiner to be a homicide. Six officers were charged with various offenses, including second-degree murder, in connection with Gray’s death. Three officers were subsequently acquitted; in July 2016, following the acquittals, Baltimore City State’s Attorney Marilyn Mosby dropped charges against the remaining three officers.

The death of George Floyd seems to be an open and shut case. The officer had his knee on Floyd’s neck for ten minutes. Despite Floyd saying he can’t breathe and witnesses telling the officer on video of the problem, he continued to apply pressure to Floyd’s neck long after he quit breathing. Derek Chauvin, the officer involved in George Floyd’s death, had 17 complaints filed against him during his career.

The root of the problem is the collapse of our moral foundations. Our nation has turned its back on God, and we have been given over to the pitfalls of sin. The only form of moral compass we have today is from Democratic mayors and governors that issue meaningless platitude:

New York Mayor Bill de Blasio is blaming the violence being seen at protests in Brooklyn and Manhattan on people with a “warped ideology.” Speaking to Spectrum News, de Blasio said a “small number” of people at these protests are “clearly trying to incite violence against the police, and create property damage and vandalism.”

Minneapolis Mayor Jacob Frey: “This is about violence, and we need to make sure that it stops. We’re in the middle of a pandemic right now. We have two crises that are sandwiched on top of one another.”

Minnesota Gov. Tim Walz: “Let’s be very clear. The situation in Minneapolis is no longer in any way about the murder of George Floyd. It is about attacking civil society, instilling fear and disrupting our great cities.

The greatest threat to blacks isn’t from police officers or even the Ku Klux Klan. Read the FBI crime statistics. Check out white-on-black crime, black-on-white crime, and black-on-black crime. Is the truth racist? Do numbers, in this instance, lie?

An important underlying factor is the “gangsta” sub-culture that’s so alluring to minority youth. No, I didn’t attack a skin color; I’ve addressed a destructive mindset of machismo, violence, profanity, prolific promiscuity and lawlessness that directly leads to low expectations, broken families, substance abuse, poverty, incarceration and death. Until it’s addressed forthrightly by blacks and whites, this problem isn’t going away.

BET founder Bob Johnson unveiled a $14.7 trillion reparations plan; he looks at it as an investment. Unless White America recognizes the need for reparations to atone for slavery, the country will remain separate and unequal, says Johnson. Some folks seem to be taking their reparations early in payment of shoes, jewelry and other looted goods.

I am greatly concerned that the luxuries that blacks already have will soon be taken away from them. Our economy is on the brink of calamity. We cannot keep pumping trillions of dollars into a system that has no ability to service this debt. When the dollar crashes in value and the welfare state quits working, people will make this recent violence look like a Sunday picnic.

When the unrest reaches a level that threatens the stability of the government, military action becomes the only way to restore order. The tear gas will be replaced with live rounds, and fear of death will replace the rule of law.

“And I say unto you my friends, be not afraid of them that kill the body, and after that have no more that they can do. But I will forewarn you whom ye shall fear: Fear him, which after he hath killed hath power to cast into hell; yea, I say unto you, fear him” (Luke 12:4-5).

Alexa, Stop Listening! By Britt Gillette In millions of homes throughout the world, Alexa is…

Will Israel Ever Find Peace?

Will Israel Ever Find Peace? By J.L. Robb It has been the dream of most…

Pandemic vs Abortion By Terry James The COVID-19 pandemic continues to rule the airwaves, cyberspace,…

Creating Monsters By Hal Lindsey I wrote my first commentary on Covid-19 back in January.…

What is God Saying with the Coronavirus Pandemic? (Part 1 of 3)

What is God Saying with the Coronavirus Pandemic? (Part 1 of 3) By Dr. David…

The Tales of Three Cities: Jerusalem, Rome, and Babylon

The Tales of Three Cities: Jerusalem, Rome, and Babylon By Joseph Chambers THE HUB OF…