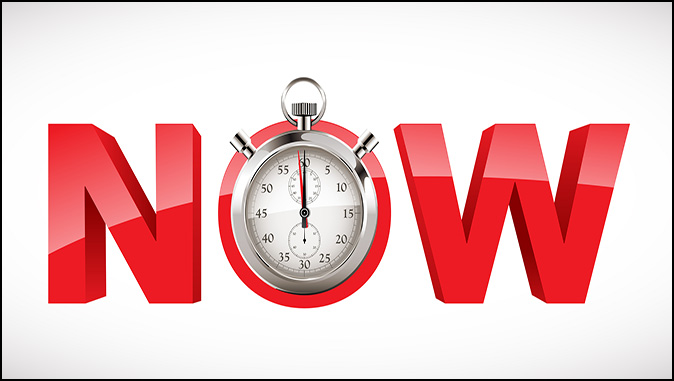 Now is the Time!!
By Jonathan C. Brentner

If there ever was a time in human history to be watching for Jesus’ appearing, it’s now!

I have read Paul’s description of “perilous times” in 2 Timothy 3:1-5 numerous times. I have written Bible studies on this passage along with many blog posts. But my past examination of this text did not adequately prepare me for the wickedness and deception that’s rampant in our world today.

Compared to what I once thought, the day in which we live is perilous times on steroids.

Apart from an expectation that’s firmly fixed on Jesus and His imminent appearing, I could not cope with all that I see. My “blessed hope” of seeing “the appearing of our great God and Savior Jesus Christ” has never been more precious to me than it is now (Titus 2:13). The expectation of Jesus’ appearing is the anchor of my soul during these chaotic times.

Let’s first look at why we need such an eternal perspective before we focus on the necessity of placing all our hope on Jesus.

Even before the war in Ukraine, many farmers in the U.S. voiced concern over the rapidly rising cost of fertilizer with some wondering if they could even plant crops this year. Now with this conflict showing no signs of ending, this crisis is much, much greater for American farmers as well as for the world.

Ukraine is a world leader in barley exports and many refer to the nation as the “breadbasket of Europe” because of its wheat exports. The blue and gold flag of Ukraine depicts the blue sky above with the golden wheat harvest below.

Together, Ukraine and Russia account for thirty percent of all wheat exports in the world.

Revelation 6:1-8 describes the first four seals that the Lord opens after we are in heaven. The third horse of the apocalypse is black, which symbolizes the deadly famine that will overspread the world during the beginning of the Tribulation. In verse 6, we read about the critical shortages of two crops in particular:

Is it a coincidence that the shortages mentioned in the above verse are the very crops that Ukraine exports to other nations, but will not be able to do so this year? I don’t think so.

The predictions of devastating food shortages for later in 2022 are far too numerous and varied for us to ignore. In fact, they have already begun in some places.

Violent riots are happening in Peru because of the high prices and growing shortages of food. In Germany, the leaders of grocery chains say that food prices will soon rise thirty to fifty percent. In Argentina, the high cost and limited supply of fuel may cause a strike with one of the largest transporters of grain in the country. Walgreens is already limiting the purchase of baby formula in the U.S. due to shortages.

The cost of our groceries will continue to rise throughout 2022 and that will cause severe problems in many nations, especially for the poor and those on fixed incomes.

In 2 Thessalonians 2:11, the Apostle Paul writes about a future “strong delusion” that will lead multitudes astray during the tribulation. While I believe this prophecy awaits a future fulfillment, we see evidence of great deception everywhere we look. This strong delusion has already affected multitudes of people throughout the world, especially in America.

Far too many Christians believe the lies that life will return to normal or that the church will rise up and somehow stop the onslaught of evil in our world. Yes, there are pockets of revival and I praise the Lord for what I hear.

However, Scripture tells us that the Luciferian globalists will succeed in setting up their world government over which the antichrist will rule for a brief time before the Lord destroys both him and his kingdom. The multitude of converging prophetic signs tell us that we live in the last days of human history as we know it.

The mainstream media keeps people in the dark regarding the true agenda of the elite powerbrokers in our world. Through their allies in the mainstream media, they feed people with an endless course of lies that keep them from recognizing the reality of a world headed for the world government that the Bible describes as the beast in Revelation 13.

Sadly, many “mainstream media” Christians do not recognize the signs of the end of the age nor the dangers inherent in a world where the spirit of the antichrist gains more control each and every day.

Evidence regarding the nearness of the New World Order of the Tribulation period emerged the World Government Summit held in late March 2022.

At this summit of global leaders, Pippa Malmgren, a globalist and elitist, said this:

“We are on the brink of a dramatic change where we are about to, and I’ll say this boldly, we are about to abandon the traditional system of money and accounting and introduce a new one. And the new one; the new accounting is what we call blockchain… It means digital, it means having an almost perfect record of every single transaction that happens in the economy, which will give us far greater clarity over what’s going on.”

Ms. Malmgren also believes that many nations, including the U.S., will have a digitized monetary system in place this year, not a decade from now, but by the end of 2022! Once this happens, these elite globalists will merge the electronic currencies of the various nations into one worldwide digitized currency, which will further clear the path to the Marxist New World Order envisioned by the globalists!

This worldwide monetary system will provide the coming antichrist with an essential tool needed to control the buying and selling of all people. For the first time since John penned the words to Revelation 13, the technology exists for the mark of the beast and soon a cashless system of exchange will further pave the way to it.

I do not believe these globalists will allow the midterm elections in America to disrupt the progress they have made in prepping the U.S. to accept the New World Order. I don’t know how they will do it, just that they cannot allow it to impede their plans.

In a recent blog post, I reported on the high number of abortions that take place in the world each year. Infanticide is also a widespread evil that’s become all too common in the U.S. A proposed law in California would make infanticide legal for a week after birth.

The demonic practices of abortion and infanticide alone verify the prophetic warning of Psalm 75:8, but there’s so much more going on with sex trafficking and the promotion of transgenderism and the LBGTQ agenda to grade school children. It’s institutionalized child abuse! It’s demonic!

The Florida legislature needed to pass a law to keep teachers from promoting the LBGTQ lifestyle to children in kindergarten through third grade. One kindergarten teacher complained because the law meant he could no longer promote his gay lifestyle to his class. How sick is that?

Disney openly admitted that they not only promote the LBGTQ agenda to young children, but that they also plan to increase such grooming of children for such things.

All these things would have qualified for the Twilight Zone decades ago! Now they are mainstream! How close must we in America be to God’s judgment?!!

Now is the Time

For those outside of Christ, now is the time to look to Jesus as your Savior, the One who bore the punishment for your sins on the cross. John 3:16 says, “For God so loved the world, that he gave his only Son, that whoever believes in him should not perish but have eternal life.” Just hours before His sacrificial death, Jesus said, “I am the way, the truth, and the life. No one comes to the Father except through me” (John 14:6).

I love the simplicity of the Apostle John’s words in 1 John 5:11-12: “And this is the testimony, that God gave us eternal life, and this life is in his Son. Whoever has the Son has life; whoever does not have the Son of God does not have life.” Knowing Jesus as your Savior equals eternal life.

If you continue to reject Christ’s offer of forgiveness and eternal life, you will likely face a horrifying future during the rapidly approaching Tribulation period. And apart from Christ, you will endure an even worse fate in hell.

Please do not delay; call upon Jesus’ name now! Romans 10:13 says, “For everyone who calls on the name of the Lord will be saved.”

For those of us securely in the arms of our loving Savior, now is the time to recognize that we may be with Jesus in paradise in the very near future. Now is the time to hold our dreams and aspirations loosely in our hands and view life with a perspective that values eternal realities over the temporal things of this life (Romans 8:18).

Now is the time for all of us turn our eyes upon Jesus. He alone is our hope amid a world headed for destruction. All other hopes will result in disappointment; only an eager expectation fixed on Jesus imminent appearing will see us through the traumatic times that may lie ahead for us before Jesus appears to take us home.

Philippians 3:20-21 says this about our imminent expectation of the event that we today refer to as the “Rapture.”

“But our citizenship is in heaven, and from it we await a Savior, the Lord Jesus Christ, who will transform our lowly body to be like his glorious body, by the power that enables him even to subject all things to himself.”

Our joyous, exciting, and forever adventure starts with Jesus and His imminent appearing.

The Biden Administration is Beyond Embarrassment

“Come, Lord Jesus” By Terry James This phrase, imploring that Jesus intervene in a less-than-pleasant…

Wavering Between Two Opinions By Tim Moore “Bless the LORD, O my soul, and all…