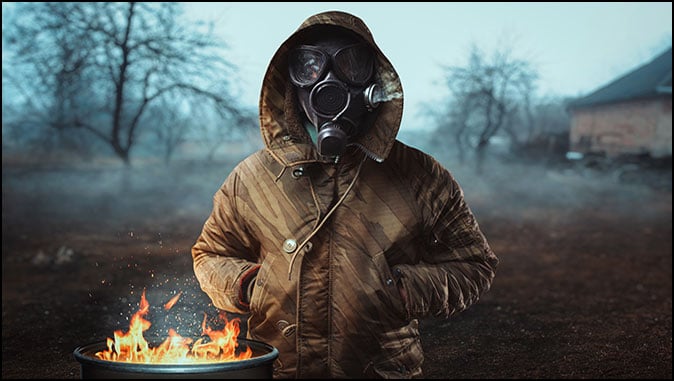 No Place to Hide
By Terry James

Max Baer, professional boxing’s one-time world heavyweight champion once told an interviewer about facing Joe Louis, considered one of the top three champions of all time.

Max Baer, Sr. – yes, the father of Max Baer, Jr., of Jethro Bodine in The Beverly Hillbillys– said one of the most fearful sights you can see is “…looking across the ring and seeing Joe Louis , and knowing that he wants to go home early.”

Joe Louis made short order of most of his opponents, including Jethro’s daddy, in Baer’s bid to take the heavyweight crown from “The Brown Bomber”.

German heavyweight Max Schmeling, although secretly against Hitler’s Nazi regime, was promoted by Der Fuehrer as the Aryan “Superman,” after he won the heavyweight championship. Schmeling once defeated a very young Joe Louis who was then on his way up in the quest for the championship.

Louis felt he had let America and his people (his race) down, and told his manager to get ready to throw the towel in if Schmeling was still standing after the first round, because he, Louis, would be finished. i.e., he was going to spend every ounce of energy in that first round. He would leave nothing behind in terms of effort.

A reporter, in a pre-fight interview with Louis, said that Schmeling had a stellar defense. Louis, in his simple, shortway of verbalizing, said, “he can run, but he can’t hide.”

Joe wasn’t bragging. He wasn’t like perhaps the Greatest, Muhammad Ali, who had fun with his braggadocio. Joe Louis was just stating a fact as he saw the matter. His opponent could try, but there was no place to hide in that square platform called a boxing ring. And Louis did knock out Schmeling in the first round of one of the most famous boxing matches in the sport’s history.

Lately, I’ve reported in this column that there are bloggers who look at the dire things coming upon this increasingly evil world that are far worse than being in the corner across from Joe Louis. It is God they see and they surmise He is fed up with man’s wickedness. He is about to unleash Heaven’s Judgement and Wrath, they believe.

At the same time, they fail to see things from the pre-trib view of Bible prophecy. They almost mock the Rapture. They want everyone to recognize the worst time in human history is approaching, but they want people to prep –that is prepare for what is coming in order to survive the total collapse of human civilization.

The very wealthy of the world –many of them at the nucleus of the wickedness trying to establish a new world order— also see a time of world-wide trouble as they seek to invoke their globalist evil. They, therefore believe they should find a place to hide –and such a place that is at least as luxuriant to the environment to which they have become accustomed and which they deserve.

The following excerpt tells of the efforts some are engaged in to establish their place to hide.

“Your father or grandfather’s bunker was not very comfortable,” said Robert Vicino, the CEO of Vivos. Vicino saw an opportunity to manage and sell high-end doomsday shelters that specifically cater to the world’s mega-rich.

To this end, Vicino’s company has purchased multiple sites all over the U.S. that can house the country’s super-rich. It even has a site in Germany known as Vivos Europa One, the amenities in which can “rival most small towns.”

This “modern-day Noah’s Ark” contains a chapel, a micro-brewery, a mini-museum and even a small zoo. Customizable quarters can be purchased by invitation only, and they sell for nearly $6 million. These can include private swimming pools, movie theaters, aquariums and gyms at the owner’s request…

The world’s richest people are investing their money in purchasing property to escape the coming collapse. They have invested in property that is either deep enough underground or on an island separated from the rest of society. These super-rich people believe the only way to deal with the coming collapse is to ride it out in style in their luxurious shelters.

The extensive article referenced above gives the names of some of the rich and famous who have invested in these ultra-luxurious dwellings. Some are so elaborate as to encompass as much space, it seems from their description, as a skyscraper that has been buried underground from foundation to the very top.

But, when God unleashes His Righteous Judgment and Wrath on those who have rejected His Son, the Lord Jesus Christ, their Utopian dwelling places will be of comfort only for a short time. Like Joe said, they can run, but they can’t hide.

Here’s what God’s Holy Word has to say about the earth’s rebellious rich efforts to hide from their inevitable fate.

“And the kings of the earth, and the great men, and the rich men, and the chief captains, and the mighty men, and every bondman, and every free man, hid themselves in the dens and in the rocks of the mountains; And said to the mountains and rocks, Fall on us, and hide us from the face of him that sitteth on the throne, and from the wrath of the Lamb.” (Rev 6: 15-16)

There will be no place to hide from the Wrath of the Lamb. The Lamb Who will then be God’s Avenging Judge of all sin and rebellion.

At that time of Tribulation, it will be too late to find a place to hide. There is but one Way to be hidden from such Righteous Wrath. The time to accept Him is now. His name is Jesus.

Again, Paul the apostle gives the Wonderful Grace Formula for hiding in the safety of the Savior’s Loving Arms.

“That if thou shalt confess with thy mouth the Lord Jesus, and shalt believe in thine heart that God hath raised him from the dead, thou shalt be saved. For with the heart man believeth unto righteousness; and with the mouth confession is made unto salvation.” (Rom 10:9-10)