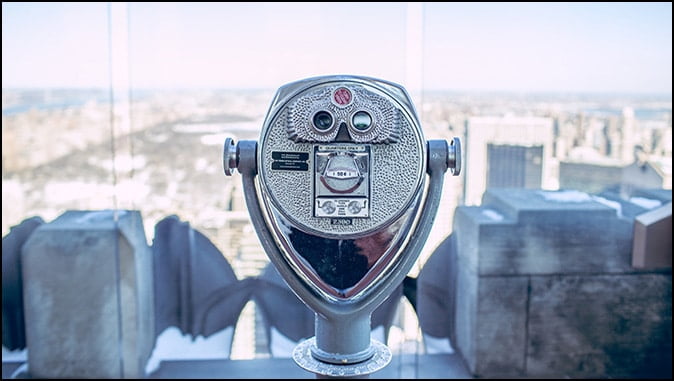 The most important advice that anyone can give a person is to tell them to focus on their relationship with God by putting their faith in Jesus, repenting of their sins and drawing near to Him.

The prophet Amos said, “Surely the Lord GOD will do nothing, but he revealeth his secret unto his servants the prophets” (Amos 3:7).

Some prophecy teachers believe that God has allowed the current Coronavirus Crisis to reveal that the Tribulation Period and New World Order (World Government, World Religion, Mark of the Beast, Rev. 13:7-8, etc.) are close (and by implication the Rapture is closer) and the need to draw near to God is urgent.

One, according to the prophet John, the top religious leader in the Tribulation Period (the False Prophet) will merge religion with politics (He will pretend to be a holy man but support the antichristian government of the Antichrist; Rev. 13:11-12).

On Apr. 12, 2020 (Easter Sunday), a day to focus on the resurrection of Jesus, Pope Francis released a letter supporting Universal Basic Income (UBI).

UBI is the globalist (world government) idea that everyone on earth should receive a basic income package (free money; free checks; wealth re-distribution).

UBI has been supported by the International Monetary Fund (IMF), Elon Musk (head of SpaceX and Tesla), Mark Zuckerberg (founder of Facebook), Democrat Presidential candidates Andrew Yang, Bernie Sanders, and others of note.

This is the problem: If everyone receives a check from their government (and they want to keep getting it), what will happen if their government decides to require them to take the Mark, or the name, or the number of the Antichrist?

Will people take the Mark of the Beast to keep receiving a government check and have the right to buy and sell or will they refuse the check and perish?

This is not far-fetched because people will be denied the right to buy and sell (Rev. 13:16-17), and multitudes will be put to death during the Tribulation Period for refusing to take the Mark (Rev. 20:4).

Anyway, what possessed Pope Francis to talk about UBI on Resurrection Day instead of the resurrection of Jesus?

Two, in Sept. 2015, the UN adopted a document called “Transforming our World: the 2030 Agenda for Sustainable Development.”

The Preamble of the document called it a “New Universal Agenda.”

The document calls for the establishment of a one-world government, a one-world religion and a one-world economic system by 2030.

On Feb. 4, 2019, Pope Francis and Sheikh Ahmed al-Tayeb, perhaps the most important Imam in Sunni Islam, met in Abu Dhabi to sign an Interfaith Document in the presence of leaders from all of the religions of the world.

On Feb. 6, 2019, Pope Francis was back at the Vatican where he said the Islamic world and the Christian world will work together to promote common values.

He said, “We commit ourselves to spreading authentic values and peace throughout the world.”

If Jesus is the only way to be saved (and He said He is; John 14:6), how can Pope Francis believe that all religions are acceptable to God when they don’t believe Jesus died for the sins of the world?

If the Bible is the Word of God (and it is), how can Pope Francis say that Christians and Muslims should work together to promote common values?

Christian values come from the Bible, and they cannot be compromised with the teachings of Islam.

A one-world government and a one-world religion will exist at the same time during the Tribulation Period.

If (I say “If” because God is in control and He can speed it up, slow it down or whatever) world leaders succeed with the establishment of a world government by 2030, there will be a world religion by 2030 (and a Rapture before 2030).

If there is a gap of a few years between the Rapture and the beginning of world government (and I believe there will be one), time is short indeed.

It is important to understand that the “New Universal Agenda” (global ethic, common values, world religion) really means forcing everyone on earth to believe what the UN wants them to believe, that internationalism, globalism, abortion, gay marriage, Chrislam, open borders, etc., are good, but nationalism, patriotism, the teaching that there is only one way to be saved, closed borders, etc., are bad – and that the global ethic must be strengthened and Christianity must be weakened.

If globalists think they need to shut the doors of the Church, and ignore the resurrection of Jesus to achieve this, they will (Pope Francis did both).

Three, new believers will be persecuted during the Tribulation Period (Rev. 13:7).

On Apr. 11. 2020, the Chinese government stopped all online services of churches that do not have a government-approved license.

Several Chinese Christians were arrested for participating in worship services from their homes over the Internet using the Zoom App.

But China is not alone.

In the U.S., the Coronavirus lockdown has caused many churches to close their doors and turn to Facebook and the Internet to get the Word out.

Some U.S. Churches have been censored and blocked.

Some pastors have been told that worship services are illegal (a few have been arrested).

Four, there will be a way to track everyone on earth during the Tribulation Period (Rev. 13:16-17).

Much has been written about Bill Gates’ desire to force everyone on earth to be vaccinated and tattooed with a global ID immunization tracking system.

On Apr. 13, 2020, Roger Stone, former advisor to Pres. Trump, suggested that Gates may have had a part in the creation of the Coronavirus to create a need for a global tracking system.

Now, it is being reported that the FBI, Apple, Google and others are involved in the creation of tracking systems.

Something to remember about taking tattoos is that those that take them find that they are next to impossible to get rid of.

Five, there will be a global economic collapse during the Tribulation Period (Rev. 6:5-6).

On Apr. 15, 2020, the International Monetary Fund reported that all the signs are pointing to a global economic crisis unlike anything that has been seen in decades.

Others are saying that the world is going into a deep recession, and some oil traders are willing to pay people to take their excess oil off their hands.

Six, the Tribulation Period and one-world government will begin when the Antichrist confirms a covenant with many for peace in the Middle East (Dan. 9:27).

This could speed up some of the prophesied wars and rumors of wars.

The UN (United Nothing as some see it) global organizations are often staffed with political appointees that have impure motives.

They definitely are not the kind of people that leaders should choose to rule the world.

Eight, concerning the Battle of Gog and Magog: the war in Syria, U.S. sanctions, low oil prices and a spreading Coronavirus Crisis in Russia is straining Russia’s economy.

Russia’s economic future is looking bleak, and some are predicting that Russia has one year at the most to act before her economy collapses.

The collapse of oil prices could speed this up.

Nine, Israel and Syria will get into a war, and Damascus, Syria, will be destroyed in one night (Isa. 17).

Concerning the destruction of Damascus in one night, Syria is allowing the terrorist group Hezbollah to establish bases on the Golan Heights, and an Israeli official said, “Israel will not allow this.”

Ten, God said, “I will show wonders in the heavens and in the earth, blood, and fire, and pillars of smoke. The sun shall be turned into darkness, and the moon into blood, before the great and the terrible day of the LORD come” (Before the Tribulation Period comes; Joel 2:30-31).

The Apostle Peter referred to this in his famous sermon on the first Pentecost (fire and pillars of smoke before the Tribulation Period; Acts. 2:19-20).

In addition to all the other signs that are shaping up, volcanic eruptions appear to be increasing around the world, and God is the only One that could know that would happen more than 2,000 years before it started happening.

Eleven, Jesus warned everyone about deception at least three times in the Olivet Discourse (Matt. chapter 24-25), so notice the reality of what is taking place and how every jot and tittle of Bible prophecy is literally being fulfilled.

Do not be deceived by the false teachings of Preterists that say all prophecy was fulfilled by 70 A.D. (it wasn’t) and the Replacement Theologians that say Israel has been replaced by the Church (it hasn’t).

The New World Order is coming, ready or not.

Left Behind: The World’s Response to the Rapture

Left Behind: The World's Response to the Rapture By Joseph Chambers There is a growing…

Haven’t We Waited Long Enough? By Jan Markell The malady goes by many names: End-time…

Why Progressives Love Crises By Dr. David Reagan “Our constitutional liberties are at stake, and…

There Is No Justice in This World

Is the Sun Setting on America?

Is the Sun Setting on America? By Dr. David Reagan The composite photo below is…

What is Going On?

What is Going On? By Daymond Duck I am not sure that it is accurate…