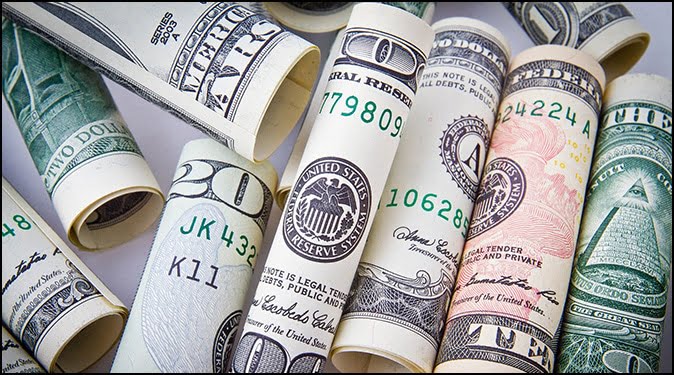 With each passing day of the coronavirus crisis, it’s become more obvious that we can’t remain in this state of lockdown. The damage already inflicted on the economy is tremendous. We are still seeing record moves in the financial markets that are off the scale.

Oil prices spiked 25 percent after President Trump tweeted that Saudi Arabia and Russia would cut production by 10 to 15 million barrels per day. Incidentally, it was the biggest one-day percentage surge in the price of oil in history.

The Treasury currently has a record cash balance of $750 Billion. After a historic flood of bill issuance, the money will be issued to taxpayers. On the down side, the nation’s debt went from $23 to $24 trillion, which is the quickest time it has gone through a trillion-dollar milestone.

In the space of three weeks, 16 million new Americans are claiming unemployment benefits. The peak total number of people drawing unemployment in the Great Recession of 2009 was 6.35 million.

The folks at the Fed are of the belief that they can print an unlimited amount of dollars. “There is an infinite amount of cash at the Federal Reserve,” Neel Kashkari, the president of the Federal Reserve Bank of Minneapolis, told Scott Pelley of CBS on March 22, adding: “We will do whatever we need to do to make sure there is enough cash in the financial system.”

After just passing the $2.2 trillion stimulus package, lawmakers are realizing they need more money. House Speaker Nancy Pelosi is floating ideas including another direct payment to Americans, expanded paid sick leave and infrastructure projects. This Democratic-led bailout will likely have a price tag of $1 trillion.

Key Republicans are signaling that they may not be willing to accept another major spending measure. Some analysts suggested that Republican reluctance to spend on public relief may not persist if, as expected, future reports continue the trend of enormous increases in unemployment and declines in economic growth. If unemployment hits 15%, we’ll likely see bailout four followed by bailout five.

I witnessed the decline in civil order with my own eyes. Last week I was standing in my front yard and heard four loud bangs. I looked up into the trees on a nearby hill and saw four flashing cop cars. That was the first time in my life that I’ve witnessed a shooting at a crime scene. I fear Benton, AR, is soon going to sound like the fourth of July on any given night.

Covid-19 has lit the fuse on an economic-debt time-bomb. I think a bigger bomb that is going to hit the global economy is the sudden loss of millions of Christians in the rapture. The world will be in total chaos, and people will be ready for any leader that promises to restore order.

“And I stood upon the sand of the sea, and saw a beast rise up out of the sea, having seven heads and ten horns, and upon his horns ten crowns, and upon his heads the name of blasphemy. And the beast which I saw was like unto a leopard, and his feet were as the feet of a bear, and his mouth as the mouth of a lion: and the dragon gave him his power, and his seat, and great authority. And I saw one of his heads as it were wounded to death; and his deadly wound was healed: and all the world wondered after the beast. And they worshipped the dragon which gave power unto the beast: and they worshipped the beast, saying, Who is like unto the beast? who is able to make war with him?” (Rev 13:1-4).