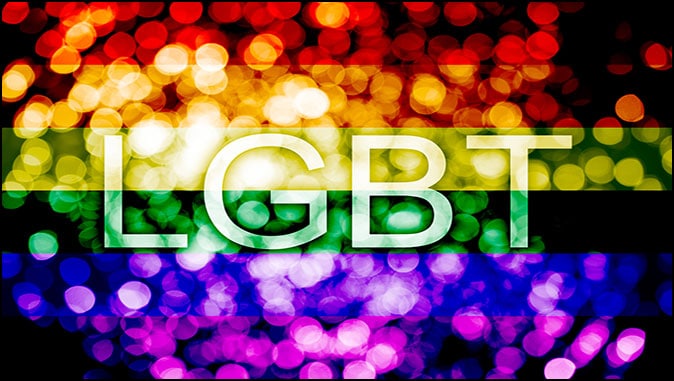 Moving ever deeper into the end of the age, it shouldn’t surprise that signs that we’re “nearing midnight” are manifesting in increasingly profound ways. Seeing those signals proliferating at an alarming rate is nonetheless troubling.

We who watch prophetic progression from the pre-Trib viewpoint are troubled more than most. We’re perturbed by what a Christian news reporter calls “the clueless church.”

“I continue to hear from many Christians that a majority of the church, even evangelicals, have no awareness of the biblical and prophetic significance of these days. The replacement theology part of the church was in the 100 million range according to my 2004 study.

For those of us who are sensitive to these times, this is hard to comprehend. Moreover, many pastors have no understanding of Bible prophecy. In some cases, those who have some understanding don’t want to scare their flock. Others have no interest.

With all this said, only the God of Israel knows how these biblically significant days will play out.”

Once again, I sense I almost should apologize for presenting this commentary from the America-centric position. But as the nation that has been for most of its brief life considered Christian, at least in its founding, the fall from that admittedly overstated position demonstrates profound prophetic implication.

Our culture, steeped in its perceived youthfulness, has until its fairly recent past matured in a common-sense way toward full recognition of its Christian heritage. The young adults gravitated toward responsibility in planning their own lives and families. That trajectory changed without a doubt beginning in the 1960s.

National leaders seem to have lost their collective minds during that era — a wickedness that still is herding the nation toward the “reprobate mind” of Romans 1:28. They removed Bible reading and prayer from the public classrooms and have tried since to remove any mention of Jesus Christ from all facets of American life.

How could we expect our youth to continue in the American tradition that started with the country’s founding? How could we expect that, since those responsible for governing in a way that keeps us on the constitutional track the founders gave us have abdicated that responsibility?

Not only have a large number of leaders legislated and enacted anti-God governance, many of these have led by example, in many cases blatantly presenting some of the most hedonistic lifestyles imaginable.

Satan’s blueprint for destroying the nation began to reconstruct America’s national architecture in a big way with the above-mentioned removal of Bible reading and prayer. The result in the 1960s was the loss of the nation’s youthfulness. “Free love” came with the hippies, a young American president was assassinated — as were his brother and a top black minister and civil rights leader. Fifty-something thousand of America’s youth were lost in the bloody Vietnam war.

Although most of today’s Millennial generation know little of that history of fifty years ago, they are its victims. This doesn’t excuse their movement into behavior that rivals the behavior of those who lived during the days of Lot in that wicked city, Sodom. Each individual is responsible for his or her own acceptance or rejection of God’s way — through belief in Jesus Christ, who is the Way (John 14:6).

The point is, a large portion of this Millennial demographic is now well down the pathway that brought God’s judgment in Lot’s day in Sodom.

The following news item is quite disturbing:

While most millennials view Jesus and the Bible as at least “a little positive,” nearly one-third of America’s largest, most educated and misunderstood generation also identify as LGBT, and 75% of them admit to “searching for a sense of purpose in life,” a new report from Arizona Christian University shows.

The report, New Insights into the Generation of Growing Influence: Millennials In America by George Barna, who leads research at Arizona Christian University’s Cultural Research Center, explains in an analysis of the findings that a number of the daunting challenges faced by the generation of 78 million — defined in this report as those born from 1984 through 2002 — are deeply connected to their spiritual perspectives.

“For understandable reasons, millions of millennials reject organized religion, or have qualms about religious leaders, and especially about religious people who may prove to be hypocritical. Their experiences, observations and assumptions regarding religion, spiritual beliefs, and faith practices have produced a turbulent spiritual experience,” wrote Barna, who’s also an ACU professor focusing on worldview assessment, development and cultural transformation…

Barna suggested that a solution to the challenges being faced by millennials including their lack of purpose in life can be addressed by shifting worldview.

“Your worldview is the foundation of your decision-making. Every choice you make emerges from your worldview, which serves as the filter through which you experience, observe, imagine, interpret, and respond to reality. And every one of the thousands of choices you make every day have consequences. That means worldview is at the heart of everything we are considering in relation to the well-being and development of the young adult generation,” he wrote.

“Given the centrality of worldview to the human experience, there can be no improvements to the life millennials lead without addressing the fundamental role of worldview,” he explained. “And because worldview is developed and carried out in the competitive marketplace of beliefs and behaviors, think about the pervasive consequences for millennials of rejecting the biblical worldview in favor of other, more popular alternatives.” (“Most millennials like Jesus and the Bible, but 30% identify as LGBT: study,” Leonardo Blair, Christian Post Reporter, 11/4/21)

The nation has taken a nosedive into the cesspool of swamplike societal godlessness. Can we expect the young, with their hormones raging and their zest for constant exhilaration, no matter how it is attained, to be the guardians of the American future?

The church — all born-again believers — has failed in many ways, thus allowing the developments we’re experiencing. There is a way back to godly sensibility. He is the Way, Truth, and Life. His name is Jesus. He is coming soon to call believers to Himself. Meanwhile, let’s do our best to put that name back into our classrooms — and our public as well as private life.

“Wherefore God also hath highly exalted him, and given him a name which is above every name: That at the name of Jesus every knee should bow, of things in heaven, and things in earth, and things under the earth; And that every tongue should confess that Jesus Christ is Lord, to the glory of God the Father.” (Ephesians 2:9–11)